What the Bible Says about Old Age

What the Bible Says about Old Age October 19, 2021 Gene Veith 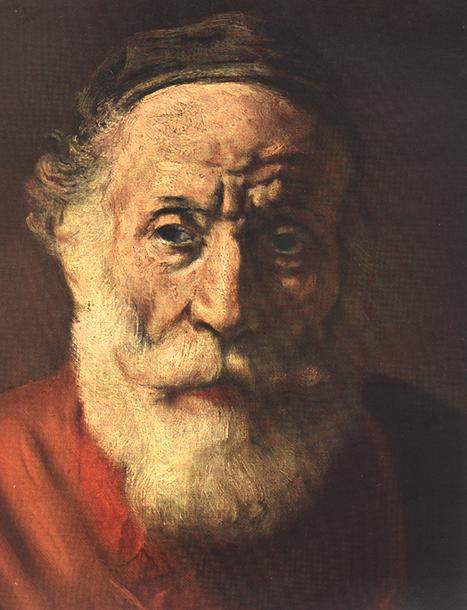 We blogged about Psalm 90, in connection with my “three score years and ten” birthday.  The Bible has more to say about getting and being old.

I appreciate what it says about gray hair.  The Levitical law itself mandates honoring old people:

“You shall stand up before the gray head and honor the face of an old man, and you shall fear your God: I am the Lord. (Leviticus 19:32)

You see someone with gray hair entering the room, you rise up from your seat.  That was the practice in ancient Israel and in many societies to this day.  Not only that, you honor the old person’s face, wrinkles and all.   This is tied to fearing the Lord, no less.  If you mock or mistreat old people, the suggestion is, you don’t really fear the Lord.

Gray hair is described as an accomplishment, the reward for a good life:

Gray hair is a crown of glory;
it is gained in a righteous life. (Proverbs 16:31)

A crown of glory!  Here is another crown that many old people are rewarded with:

Grandchildren are the crown of the aged, and the glory of children is their fathers.  (Proverbs 17:6)

Old people are said to be wiser and to have more understanding than the young:  “Wisdom is with the aged, And with long life comes understanding” (Job 12:12  [NASB]).

The Bible says much about the role of the “elders.”  That term has acquired a number of ecclesiastical meanings, but originally it just meant those who are “older.”  Tribal societies, such as the ancient Israelites and those that exist today, are often, in effect, governed by their “elders.”  That is, by their old people.

So we old guys can appreciate the status that the Bible gives us. (Here are more.verses on the subject.)  But it doesn’t draw back from or sugar coat the misery of growing old.  That is the subject of some of the most vivid and poetic imagery in the Bible:

Remember also your Creator in the days of your youth, before the evil days come and the years draw near of which you will say, “I have no pleasure in them”;

2 before the sun and the light and the moon and the stars are darkened and the clouds return after the rain, 3 in the day when the keepers of the house tremble, and the strong men are bent, and the grinders cease because they are few, and those who look through the windows are dimmed, 4 and the doors on the street are shut

—when the sound of the grinding is low, and one rises up at the sound of a bird, and all the daughters of song are brought low—

5 they are afraid also of what is high, and terrors are in the way; the almond tree blossoms, the grasshopper drags itself along,[a] and desire fails,

because man is going to his eternal home, and the mourners go about the streets— 6 before the silver cord is snapped, or the golden bowl is broken, or the pitcher is shattered at the fountain, or the wheel broken at the cistern, 7 and the dust returns to the earth as it was, and the spirit returns to God who gave it. (Ecclesiastes 12:1-7; ESV)

Here is described the fading of the senses.  The loss of sight, as the light darkens and everything becoming cloudy (verse 2).  The loss of hearing, as the routine sounds, as of the grinding of grain, become ever fainter, and you can no longer hear music.  One thing that happens when you lose your hearing is that you lose acuity, so that background noises obscure the voice of the person you are trying to listen to, and focusing your hearing is impossible.  Thus, as here, the sound of a bird might be loud enough to wake us up, while other sounds that we used to attend to are drowned out.

Here too is described the emotional turmoil that often accompanies old age.  The fears, the trembling, the sense of decline, of doors now being shut to you.  And, what’s worse, the loss of pleasures, the loss even of desires.

The imagery here is staggering in its literary power.  Going beyond mere figures of speech, the images themselves convey a mood that complements what is said.  “The grasshopper drags itself along”!  Grasshoppers used to be paragons of energy and activity, always hopping along.  The implication is that I used to be like that!  Now that grasshopper is just dragging itself along, and so am I.

And all of this fading points ahead to and is fulfilled by death.  Here expressed by beautiful images of life, suddenly destroyed.  The silver cord is snapped.  The golden bowl is broken.  The pitcher that carries the water of the fountain is shattered.  The wheel that pulls up water from the well is broken.

Yet, death brings us to God.  “Man is going to his eternal home.”  Our bodies turn to dust and go back to the earth.  But “the spirit returns to God who gave it.”

The Bible teaches that though time passes and the years of our lives rush by, God is eternal, and He is our security in youth and in age, in life and in death.  Here is God’s promise to old people:

October 20, 2021 Vocation vs. Slavery
Recent Comments
0 | Leave a Comment
Browse Our Archives
get the latest updates from
Cranach
and the Patheos
Evangelical
Channel
POPULAR AT PATHEOS Evangelical
1