The Failure of the “Youth Group” Strategy

The Failure of the “Youth Group” Strategy November 4, 2021 Gene Veith 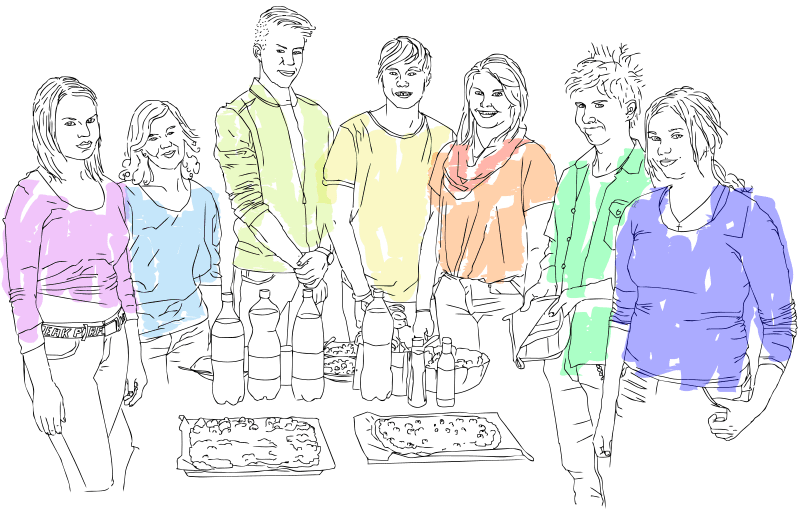 Half of young people aged 13-25 feel disconnected with their churches over issues such as gender, race, income equality, immigration, gun control, and–especially–LGBTQ rights.  As a result, only 23% of this cohort say that they attend services regularly, compared to 31% of older adults, and 32% identify as “nones,” having no religion, as compared to 24% of of older adults.

So reports the Wall Street Journal in a story on a recent survey.  That teenagers and young adults are less interested in church is nothing new.  And one might question whether the research demonstrates a causal relationship between disenchantment with political and cultural conservatism and not attending church.  Might there not be other reasons for that?

And how many churches have actual teachings on income equality, gun control, and these other political issues?  Conservative churches will question the common view among young people that gender is unconnected to biology, that same-sex people can marry each other, and that homosexuality and other kinds of sex outside of traditional marriage are immoral.  That would probably be enough to alienate many teenagers.  But do any actual churches teach racism?  Catholic churches tend to be impeccably liberal on most of these causes, except for the sexual ones, and Mainline Protestant churches tend to click all of these boxes in the progressive-approved way, including sex, gay marriage, and transgenderism.  But teenagers aren’t going to those churches either.

My fellow Patheos blogger Jack Lee at The Chorus in the Chaos writes about this, but takes a different angle than usual.  He looks at the blithe and shallow way the young people interviewed in the article explain themselves and approach religion.  It isn’t so much what they believe, but their flippant, self-righteous, and self-absorbed attitude that he marvels at.

“There is much that can be said about this commentary,” Lee says, but what stands out “is that there is no fear of God before their eyes.”

That is to say, they have no reverence.  They recognize no authority beyond their own opinions.  They fear no divine judgment.  It isn’t that they do not believe in God, but that they assume God has nothing to say.  And if their church says otherwise, then they have no problem disagreeing with their church, or, indeed, with God.

Lee then draws a conclusion that all pastors and congregations should consider:

It is now clear that broad evangelicalism has largely miscalculated how to engage our youth with our evolving, sexualized culture.  Thirty years of emphasizing purity over faith and repentance, entertainment over meditation, and games over catechisms have left their scars.  The Exvangelical movement, for all of its faults, has highlighted this truth.  Those who grew up in these theologically derelict conditions are leaving the church in droves.

He describes how churches adopted a strategy for youth ministry based on trying to make church fun.  Youth groups featured pizza parties, games, and fun trips.  The assumption was that if we entertain them enough, this will  keep them coming to church, and, eventually, they will grow into a mature faith.  “This entirely man-centered approach to evangelism drove churches to become less about worship, faith, and repentance, and more about Christian-themed activities and programs.”

I would go further.  Many of these “Christian-themed activities” actually decrease reverence.   Their approach to Christianity teaches young people to despise “traditional” church.  And they often teach their participants to lose their natural inhibitions and to conform to peer pressure.  These are exactly the opposite lessons they need to learn in order to keep their faith in a spiritually hostile world. This is what I show in my notorious column for World Magazine back in 2002, Stupid Church Tricks.

Certainly, youth ministry is hard.  And whatever churches do may be of limited effect in dealing with adolescents at this particular time of life, when they are developmentally pulling away from their parents and their life at home.  Many young rebels against the  church come back when they are older, especially when–or, rather, if–they start families of their own.

But surely the purpose of youth ministry should be to incorporate them into the church, introducing them to its wisdom and its mysteries, and training them–in a way that would have been impossible when they were mere children–in Christian spirituality.

We Lutherans have a well-regarded youth ministry called Higher Things that does these things.  Browse around on its website to get a sense for its approach.

Another model for youth ministry might be campus ministries.  These tend to do a lot with Bible study, apologetics, addressing problems, dealing with conflicts between faith and academia, and cultivating an intense fellowship among the participants, to the point that many students feel a letdown when they graduate and must leave their college group for a regular church.

We Missouri Synod Lutherans have an approach to college ministry that is built around a local church, often one just off campus that students not only attend but operate and take leadership positions in.  As a result, they are not only incorporated into the church, they are strengthened in their identity as Christians, with everything that means.  A good example that I’m familiar with, through one of my daughter’s experience, is University Lutheran Chapel at the University of Minnesota.

Perhaps some of this could be adapted for middle- and high-school aged youth in local congregations.  The key would be the church treating them as young adults, not condescending to them, not dumbing everything down for them, avoiding embarrassing and tacky gimmicks, and relating to them on a personal level.  Rather, teach them the rich resources that the church has to draw on and show them the grace they have in Christ and how that Gospel relates to every dimension of their lives.  (See, for example, this little meditation from Higher Things, “For You.”)

Do you have any other ideas for successful youth ministry?  What are your experiences with it, when you were a “youth”?  What pulled you into the church, and what drove you away? 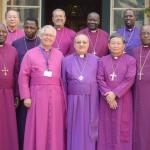 November 3, 2021
The Lessons of Anglicanism for Lutherans
Next Post 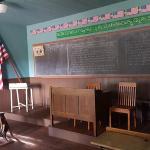