The Lessons of Anglicanism for Lutherans

The Lessons of Anglicanism for Lutherans November 3, 2021 Gene Veith

Anglicanism seeks to be a middle way between Catholicism and Protestantism, with a strong emphasis on liturgy and the sacraments, without the papacy and with many of the Reformational reforms.  They pull this off by being relatively open with their theology, drawing on both Catholic and Reformed sources and allowing a wide variety of Christian beliefs.

The Anglican big tent today includes almost-Catholics, evangelicals, charismatics, and liberals.  But right now, in the ecclesiastical and regional hierarchies, liberal theology dominates, so that the Episcopal Church of the U.S.A. has become just another bastion of mainline leftwing Protestantism, uncritically accepting abortion, the LGBTQ agenda, and opposition to orthodoxy.

We Lutherans, on the other hand, also have elements associated with both Catholicism and Protestantism and we also emphasize liturgy and sacraments.  But we do so by confessing a specific theology grounded in the Word of God.  Since Lutherans focus on the content of theology, we tend to be critical of Anglican open-endedness.  No wonder, we say, many Anglicans have left anything resembling orthodox Christianity far behind.

And yet some Lutherans are going the Anglican way.  This has long been true of the state Lutheran churches in Europe. The Evangelical Lutheran Church in America is now in pulpit and altar fellowship with American Episcopalians and has become indistinguishable from them in progressive unorthodoxy.  But when you go too far, an impulse arises to pull back.  Dissidents in the ELCA have formed the North American Lutheran Church, and dissidents in the U.S. Episcopal Church have formed the Anglican Church in North America, both of which seek a return to Biblical orthodoxy.

We conservative Lutherans in confessional denominations such as the Lutheran Church Missouri Synod and the Wisconsin Evangelical Lutheran Synod may feel insulated from all of this, but we would do well to pay attention to what has been happening.

A new book from Crossway entitled The Future of Orthodox Anglicanism, edited by Gerald McDermott, is a collection of essays from Anglicans around the world.  The Church of England, spread by the British Empire, has become a global fellowship of some 85 million members, making it the third largest Christian communion in the world, after Catholicism and Eastern Orthodoxy.  We Lutherans are close to that, with some 80 million adherents.  And in both traditions, the churches in Africa, Asia, and other former “mission fields” are far more orthodox than the European churches that sent the missionaries.  These are also the fastest growing Anglican–and Lutheran–churches.

“Significantly,” says McDermott, “Nigeria has more Anglicans than any other country on the globe, and Nigeria is poised to become the third most populous nation on the planet by 2050, surpassing the United States.”  Similarly, the largest Lutheran church is in Ethiopia.  Already, McDermott says, Africa has “more Christians than any other continent.”  And, as liberal European and American theologies die on the vine, this bodes well for Biblical Christianity.

I urge you to read Christopher Benson’s review of McDermott’s book in Christianity Today.  He not only gives a good account of the book, he offers an illuminating framework of his own.  In his review, entitled The  Contentious Literary Family That Explains Global Anglicanism,

He says that the state of Anglicanism–and, I would add, other theological traditions, including Lutheranism, but also Methodism, Presbyterianism, etc., etc.–is analogous to the characters in Dostoevsky’s great novel The Brothers Karamazov.  In this tale of the ultimate dysfunctional family, the three brothers represent three aspects of our humanity.  Dmitri represents the body; Ivan represents the intellect; Alyosha represents the spirit.   The problem is, these aspects become separated from each other, resulting in their corruption.  Dmitri’s fixation on the body leads to sensuality and, eventually, his utter debauchery.  Ivan’s intellectualism leads him to nihilism and despair.  Alyosha is spiritual–and the one admirable character–but his piety leads him to otherworldliness, to a monastic separatism that prevents him from influencing his brothers and the world in need of faith.

Benson says that Dmitri and Ivan represent Euro-American Anglicanism, with a liberal intellectualized theology that is little different from unbelief combined with a sensual acceptance of sexual sin.  Alyosha, though, is like the Anglicanism of the less developed world:  spiritual, devout, and faithful, but having little influence on its “brothers.”

In the novel, Alyosha’s confessor at the monastery, Zosima, exhorts him to leave the cloister and to go back to his family, taking up the “ministry of reconciliation.”  It is up to him, to Christianity, to reconcile the body, the mind, and the spirit, so as to restore human wholeness.  Similarly, says Benson, it is up to global Anglicanism to restore Anglicanism to Biblical orthodoxy.

Not all of that will apply to Lutheranism.  Right now, the LCMS is helping Lutherans in the developing to build up their orthodoxy by sending seminary professors to teach their pastors.  Meanwhile, these global Lutherans are already a good influence in the Lutheran World Federation, to the point of ordaining pastors and bishops who are creating orthodox alternatives to the liberal state churches of northern Europe.  (Actually, Anglican bishops from Africa did the same thing to launch the Anglican Church in North America.)

But the need to reconcile the body, the mind, and the spirit is something Lutherans are well-positioned to do, with their high view of the physical (the sacraments), their intellectual tradition (theology), and their spirituality (the life of the Gospel).  And I was struck by what Benson says is the great attraction of Anglicanism:

The journey I made from generic evangelical to Anglican fits a recent pattern narrated by American theologian Robert Webber in his 1985 book, Evangelicals on the Canterbury Trail. The Anglican room welcomed Webber and other evangelicals, including myself, with six areas of orthodoxy that were “not adequately fulfilled” in our Christian experience: mystery and awe, liturgical worship, sacramental vision, historical consciousness, catholic sensibility, and holistic spirituality.

Lutherans have all of that, all in the greater context of the Gospel of Christ crucified for sinners.  To the extent that orthodoxy fades in Anglicanism, seekers will no longer find these features they crave there.  But they will still find them in Lutheranism, if we are careful to preserve our distinctly Lutheran orthodoxy. 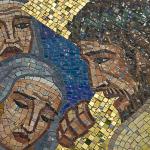 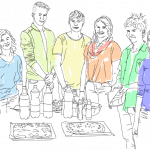 November 4, 2021 The Failure of the "Youth Group" Strategy
Recent Comments
0 | Leave a Comment
"I realize that Lutherans take Jesus' teachings and often categorize them as 'law' as opposed ..."
T Freeman How Should Churches Respond to Cultural ..."
"The above article is about far more than nudge vs mandate and vaccinated vs not ..."
Curt Day Nudge vs. Mandate
"Upvoted, but I feel I should warn you that it's useless. I've made the same ..."
Amaryllis How Should Churches Respond to Cultural ..."
"I don't understand the right wing fixation on secure elections. For one thing, there is ..."
Mo Fin Nudge vs. Mandate
Browse Our Archives
get the latest updates from
Cranach
and the Patheos
Evangelical
Channel
POPULAR AT PATHEOS Evangelical
1