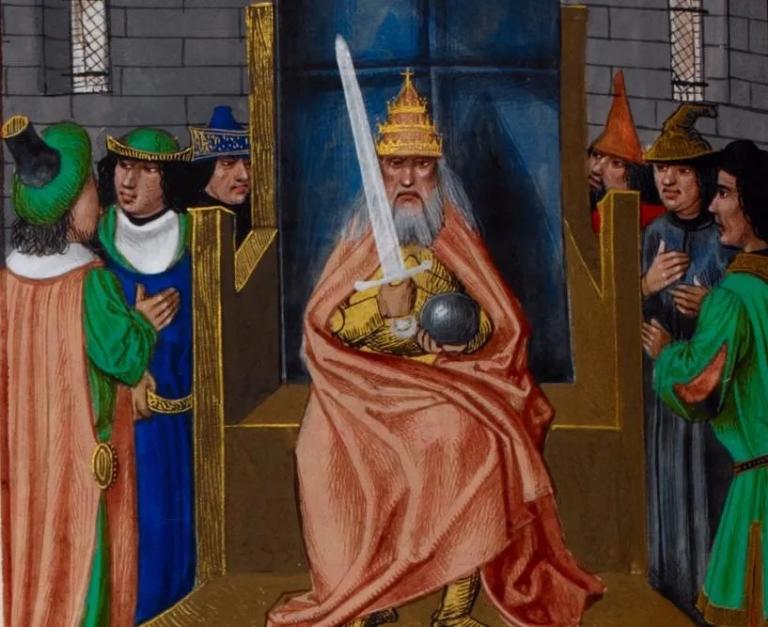 There are many kinds of conservative politics, just as there are many kinds of conservative theology.  One strain of both is opposed to the American ideals of freedom, the rights of the individual, and Constitutional government.  Many evangelicals who get involved in politics and who haven’t necessarily thought through their activism theologically are looking to some of these Christian political thinkers for leadership.

I am referring to the Integralists, a group of conservative Catholic intellectuals who look at American politics through a medieval Catholic lens and who would love to set up the kind of society ruled by Pope and Emperor that the Reformation strongly rejected.  Their movement is named after their desire to integrate church and state, with, in the words of the Wikipedia article, the Catholic faith being “the basis of public law and public policy within civil society.”  (See my posts Integralism, the Pope, and the Emperor, and Protestant Integralism.)

Mark Tooley, the president of the Institute on Religion and Democracy, explains it well in an article for World Magazine entitled Introducing Integralism, with the deck “A group of Catholic intellectuals challenge America’s democratic founding principles.”  He writes:

Integralism is a growing movement popular among Catholic intellectuals who think America’s liberal democracy, with its free speech and religious liberty, was doomed from the start because its design is at odds with God’s purposes for the community and state. Liberal democracy, the integralists believe, allows for the proliferation of immorality by its denial of any sort of religious basis undergirding society. They advocate a peaceful social and political revolution against our democracy, replacing it with a new arrangement in which, as Wikipedia describes, “Catholic faith should be the basis of public law and public policy within civil society.” Some non-Catholics, despairing of our democracy, share parts of this perspective.

This cause may sound extreme and unlikely. And it’s true that very few Americans, including Catholics, are integralists. But this perspective commands zeal from a band of smart thinkers and highly educated young people whose influence exceeds their small numbers. And it reflects a shrinking confidence in our democracy, fueling increasing brands of illiberalism—forms of rejecting the idea of classical liberty. Integralism is just one example.

Now these writers offer some trenchant critiques of contemporary culture.  They are impeccably pro-life, opposed to the sexual revolution, and supporters of the traditional family.  As far as I can tell, they are pro-Trump.  They are certainly entitled to their opinions and to their Catholic convictions.

But while evangelicals and other conservative Protestants might find them helpful allies, they can only go along with them so far.  Integralism only works with Catholicism.  Only a Pope with universal temporal, as well as spiritual, authority can provide the kind of rule that the Integralists are advocating.  And, as Tooley points out, though the Integralists take aim at the “liberalism” of the Enlightenment and of the American Founders, their more fundamental target is Protestantism:

The Founders were Protestants, and here’s what integralists often evade in their critique. While integralists cite Enlightenment liberalism as their nemesis, it’s the Protestant political tradition that confounds them.

American democracy is suffused with an especially Protestant understanding of the public good that protects and benefits all. Society’s moral confusions do not flow from this understanding but contradict it. Social renewal doesn’t benefit from implausible theocratic theories alien to our history. Instead, evangelicals should, through civil society, help to reanimate the rich Protestant beliefs that gave birth to our liberties.

Luther and the other Reformers vigorously opposed the Pope’s claim to be sovereign over secular rulers.  Listen to Melanchthon, though to be one of the more conciliatory theologians, in his “Treatise on the Power and Primacy of the Pope,” which is a binding confessional document to Lutherans.  To the Pope’s insistence “that by divine right he has both swords, i.e., the authority also of bestowing kingdoms [enthroning and deposing kings, regulating secular dominions etc.],” Melanchthon writes,

Christ gave to the apostles only spiritual power, i.e., the command to teach the Gospel, to announce the forgiveness of sins, to administer the Sacraments, to excommunicate the godless without bodily force [by the Word], and that He did not give the power of the sword, or the right to establish, occupy or confer kingdoms of the world [to set up or depose kings]. . . .

From this persuasion [of the temporal authority of the Pope] horrible darkness has been brought into the Church, and after that also great commotions have arisen in Europe. For the ministry of the Gospel was neglected, the knowledge of faith and the spiritual kingdom became extinct, Christian righteousness was supposed to be that external government which the Pope had established.

35 Next, the Popes began to seize upon kingdoms for themselves; they transferred kingdoms, they vexed with unjust excommunications and wars the kings of almost all nations in Europe, but especially the German emperors, sometimes for the purpose of occupying cities of Italy, at other times for the purpose of reducing to subjection the bishops of Germany, and wresting from the emperors the conferring of episcopates. Yea, in the Clementines it is even written: When the empire is vacant, the Pope is the legitimate successor.

36 Thus the Pope has not only usurped dominion, contrary to Christ’s command, but has also tyrannically exalted himself above all kings. And in this matter the deed itself is not to be reprehended as much as it is to be detested, that he assigns as a pretext the authority of Christ; that he transfers the keys to a worldly government; that he binds salvation to these godless and execrable opinions, when he says it is necessary to salvation for men to believe that this dominion belongs to him by divine right.

Meanwhile, the Reformation stressed the importance of the individual, the freedom of the Christian, and personal rights.  Many congregations and cities of the Reformation elected their own leaders.  Universal education made democratic self-government possible.  In England, the radical Protestants overthrew the monarchy, executed the King, and set up a republic, which, however short lived, became a powerful precedent in the American colonies.

The Integralist project seems absurd, impossible, and merely theoretical, given not only the fact of modern secularism but the nature of modern Catholicism.  The current pontiff to whom they would give secular authority is Pope Francis, who  is as liberal-minded as the people they generally attack, with the important exception of being pro-life and pro-sexual morality.  But the current Pope’s preoccupation with leading on social and political issues, from environmentalism to opposition to capitalism, is itself a legacy of the Catholic teachings that Integralists are building on.

Not that all Catholics are this way.  The conservative Catholic apologist George Weigel points out that individualism was actually invented not by the Enlightenment nor by the Reformation but by the early church, something Luther and Melanchthon–who insisted that their teachings were nothing new–would surely agree with.  And the strongly Protestant D. G. Hart points out that modern Catholicism, in its formal authoritative teachings, is strongly committed to democracy.

But in their opposition to liberty, democracy, and other American values, the Integralists, for all of their ostensible conservatism, are actually in harmony with the anti-Americanism and authoritarianism of the Left.

January 20, 2022
How the Loss of Family & Church Gave Us Identity Politics
Next Post

January 24, 2022 Challenge to Trump from the Right?
Recent Comments
0 | Leave a Comment
"Same to you! Thanks for talking to me. Dialogue and reading other viewpoints is how ..."
skyorrichegg “Possession” and Psychiatry
"Dear Lord, please protect and save the people near Abilene. Have mercy and keep the ..."
Heidi Prayer Requests
"Hi Dr. Veith, my prayer request just got sent to moderation. I don't know what ..."
Heidi Prayer Requests
"Thank you for the responses skyorrichegg. While we do not see everything in the same ..."
Setapart “Possession” and Psychiatry
Browse Our Archives
Related posts from Cranach