The Book of Concord App from Flame & Lex Lutheran 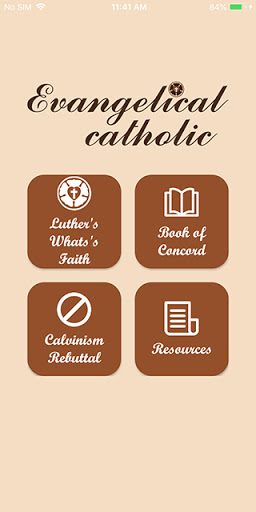 I’ve blogged about Flame, a.k.a. Marcus Gray, the rapper who became a Lutheran, to the point of getting an M.A. in theology from Concordia Seminary.

I came across something by him in which he tells us a little more about himself including his “passion for vocation,” introduces us to some more African-American tech-savvy Lutherans with a zeal for evangelism, and announces his latest project:  A Book of Concord app.

In all of my years of theological training I had never come across The Book of Concord. I was immersed in the world of Calvinism and the Protestant Reformation—movements which claim Luther as their own—and yet I heard nothing about the confessional documents he wrote or guided into being. There is high regard for Martin Luther in Calvinistic circles, yet the important differences between Lutheran theology and Calvinism are kept at bay—intentionally so, it seems. Through a series of events, I ended up at Concordia Seminary in St. Louis and discovered the hidden treasure of the Lutheran confessions. My life has not been the same since. The Book of Concord has expanded my joy in the faith, further grounded my assurance in salvation, and stimulated my passion for vocation.

This passion for vocation is what led me to develop a Book of Concord app. As I began to navigate my way through Lutheran circles, I eventually discovered The Wittenberg Project Youtube channel. The Wittenberg Project was founded by Tyree Toney—known popularly online as “Lex Lutheran”—and includes a collection of gentlemen from the African diaspora, including Alfredo Bullen of Panama (also known as “Athanasius”), who have found their theological home in Lutheranism. Our camaraderie around the confessions nurtured us in the faith and inspired us to bring what we had come to cherish to a digital format. We wanted to see an app for the Book of Concord that was accessible to the public so that others may be blessed as we have been blessed. I now contend that if you value theology, the simplicity of God’s word structured in an organized way, and own any type of systematic theology book, you also must own a Book of Concord—despite, or in spite, of your denominational heritage. It’s that important.

It’s exciting and inspiring for me to learn about this movement of young black Christians who want to get the word out about Lutheranism.  Take a look at The Wittenberg Project channel on Youtube.  Note what Tyree Toney, a.k.a. “Lex Lutheran,” and the others have to say. and be sure to read the comments to see how their message is resonating with the audience.  I knew the LCMS has a genuine presence in the black community–I’ve met some wonderful black pastors in the LCMS and worshipped in some wonderful predominantly black congregations–and I’m glad to see this kind of confessional vitality combined with a zeal to reach others.

As for the Book of Concord App, it’s entitled Evangelical Catholic–an old descriptive term for what Lutheranism is about, the centrality of the Gospel and the Bible (like other “evangelicals”) integrated with the sacraments and historic Christianity (like other “catholics”)–and is available for $1.99 at the App store for both iPhones and Android phones.  Go here for a preview.

The App has the classic Book of Concord text (from the English translation in the multi-language Triglotta) and, in addition, it has evangelistic and apologetic tools:  A section on Luther’s explanations of what faith is; a rebuttal of Calvinism, drawing on the Book of Concord; and a list of resources on Lutheranism, not only books but online sites.  It also includes Biblical references to back up the articles of the creeds, a useful addition in trying to persuade “non-creedal” Christians that the creeds are true.

Get the App for your phone!  This is a project worth supporting and using! 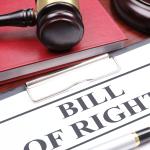 January 4, 2022
Revising the First and Second Amendments
Next Post

January 6, 2022 Adam and the Magi
Recent Comments
0 | Leave a Comment
Browse Our Archives
get the latest updates from
Cranach
and the Patheos
Evangelical
Channel
POPULAR AT PATHEOS Evangelical
1