The Next Phase for This Blog

I’m back from Queensland, a wonderful part of Australia where I learned and experienced many remarkable things, some of which I’ll be telling you about.  I hope my break from the blog made you feel that “absence makes the heart grow fonder,” as opposed to getting you out of the habit of reading it.

As it happened, during the week off, Patheos decided to pull the trigger on a development that has been in the works for months.  Let me explain. . .

I have been blogging for some 20 years—first with a multi-author blog for World Magazine, then with a blog of my own under World’s umbrella, then with my own website, and then for Patheos.  Some of you have been with me the whole time, with others reading my blog for quite a while.

Many blogs treat comments as a necessary evil, but I have always treasured them.  As an English professor and a classical educator, I know that the best way to understand something is dialectic; that is to say, to talk about it.  In the early days, Cranach had a reputation for its high level of discourse.  We had a variety of views about just about everything, but the back-and-forth was mostly friendly and respectful.  I remember debate adversaries reporting on how they got together in real life at a brew pub for a “Cranach summit.”  I recall an atheist who thanked the group for its kindness and said that this was the only community he really had.

And we did form a virtual community, before social media made that a bad word.  But as the blog grew in readership and the internet changed, much of that was lost, what with trolls, spam, ads, nanny bots, social media scolds, censorship algorithms, polarization, and the overall depersonalization of the online world.

This blog takes up more and more of my time and, while it keeps me stimulated, it isn’t as fun as it used to be.  I was right on the edge of hanging it all up when Patheos made me an offer I couldn’t refuse and that might return the blog to its former glory.

Patheos picked me and two others in their vast stable of bloggers for an experiment in shifting away from the advertising-based business model into a subscription business model.

In the earliest days of the “world wide web,” it was evident that this technology had great potential, but the question was, how can anyone make any money with it?  Well, the answer soon came: advertising.  As Google developed the ability to target ads to people based on their internet searches and browsing history, privacy took a mighty blow, but the internet became monetized.  Corporations, tech and otherwise, made vast amounts of money.  And more recently, individuals got cut into the action.  A teenager with a YouTube channel could get money from advertisers for each viewer, so that a video that delivered millions of eyes could make more money for the teenager than some Fortune 500 CEOs earn by working.

We bloggers at for-profit platforms like Patheos get a few dollars for every 1000 page views that we deliver.  That doesn’t amount to much for most of us, but it is something.  The advertising model depends on generating bigger and bigger audiences.  For a blog, the way to attract more viewers and thus more income is to reach people through social media.  Thus, every post on my blog gets an entry on my Cranach Facebook account, both to alert my friends there of what I am writing about and in hopes that they will alert their friends about something they might like to read.  Sometimes a post goes “viral”—I wonder if that metaphor is acquiring different connotations in the Age of COVID—racking up lots of views, lots of advertising, and so lots of revenue for the platform and for the writer.

But this approach gives great power to Facebook, Twitter, and other social media sites.  You can pay Facebook to “boost” your post; that is, to send your post throughout their network.  I have never done that, but I sometimes get a notification that my post is “not eligible” for boosting, usually because it treats some controversial topic such as abortion, COVID, transgenderism, and the like, in an unacceptable way.  Those posts might circulate among “friends,” but not further.  I don’t know if I have ever been “shadow banned,” as such—my posts not allowed to circulate at all with the writer not realizing it—but it could happen.  And thus you see how social media exert control over what ideas circulate over the internet.

Then there are the hoops you have to jump through to get a higher placement on a Google Search, another major way to bring in more viewers.

And while, on the one hand, the advertising-driven quest for a mass audience can lead to blandness—so as not to offend anyone or get censored—it can also lead to sensationalism and vitriol, since writing like that does attract a crowd.

But what if, instead of advertisers footing the bill and pushing for a mass audience, users just paid a little for what they want to read?  At one stroke, the influence of social media, Google, the dynamics of the mass mind, and other internet dysfunctions would be eliminated.

Today we have the technology to make that happen, and more and more writers on the internet are shifting to the subscription model.  You may have noticed that with online newspapers and opinion sites, which, if not completely behind a “paywall,” present some of their material as “premium content” that you have to subscribe to.

Not just online publications are doing this, but so are individual writers, who are discovering that instead of working for a media company that filters what they say, they can earn a living by communicating directly with their readers.

Substack, the best known of several similar services, will let writers set up a “newsletter” that readers can subscribe to, usually for $5 per month.  Substack takes a cut of 10%, but all the rest goes directly to the writer.

A number of prominent writers—including conservative journalists driven out of their liberal papers—have gone to Substack and are now reveling in their freedom and making more money than they would ever have made from their former employers.

So Patheos is going to experiment with this approach and Cranach will be “premium content.”  That’s flattering, to be sure, but I do have mixed feelings about this.

Will anyone actually pay to read this blog?  Will enough subscribe to make the venture worthwhile?  I’m not sure!

I know I will have many fewer readers, which I regret—except for the loss of trolls, who are unlikely to pay for the privilege of disrupting our discussions—but those who subscribe will constitute a band of folks with common interests who can get to know each other and explore ideas together.  I myself am looking forward to participating in the discussions like I used to.  Lately, I haven’t been able to do that much due to the overwhelming number of comments, many of which are tangential, and the time commitment that it takes to fully follow, moderate, and join in the discussions.  That should be easier to do with a more limited cohort of committed readers.

Limiting my blog to subscribers will restrict my reach and my ability to participate in the larger debates, but Patheos is letting me put up an occasional post for free that can have a larger circulation.  I intend, for example, to open up the New Year prediction posts to the general public, so that former readers who have chosen not to subscribe can be in on the prediction checking and be able to make predictions for the new year.  And if I have something to say to a wider audience–something that might contribute to a more general conversation–I’ll make that free.  And Patheos says they will occasionally make a post free in hopes of it going viral and attracting new subscribers.

Also, the landing page will still be free, so that everyone can go to the blog’s home page as usual to see what we are talking about.  It will just be when someone clicks the post to “read more” that a pop-up will offer the opportunity to subscribe in order to read the post itself.

Another problem is that the subscription model contributes to the sense that people today are only listening and speaking to people they already agree with, contributing to our national disunity.  I’m hoping, though, that we will get a variety of perspectives among our subscribers, while also having enough in common to keep our discourse civil and productive.

The biggest problem for me, though, is this:  I hate, hate, hate losing readers.  Especially those that have been with me for a long time.  I hope those who can will follow me behind the paywall.

Walls keep people out.  But they also preserve the people on the inside.

I don’t know if the subscription model will work for this blog.  If it doesn’t, I’ll take that as a sign that it’s time to stop blogging altogether.  But maybe it will work.  I do know that the prospect has me excited about blogging again.

More needs to be said, including the pricing and the details of how this will play out.  We’ll talk about that tomorrow.

Illustration:  The logo for this blog in 2007 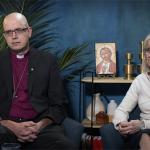 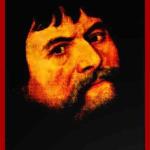 Oberammergau Part Four
There is a sort of one floor museum in the front of...
view all Evangelical blogs
What Are Your Thoughts?leave a comment
Copyright 2008-2021, Patheos. All rights reserved.
Close Ad