What God Do People Believe In? 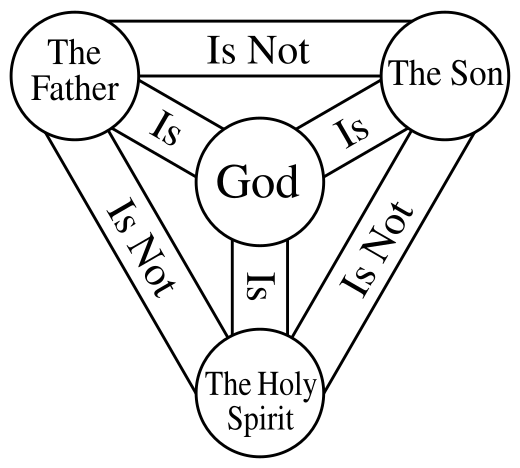 There is a new study of Americans’ religious beliefs, commissioned by the Deseret News and conducted by the Marist College Institute for Public Opinion.  This joint venture of Latter-day Saints and Catholics is full of interesting information, but I’d like to focus on what it says about what God people believe in.

According to the published report, Faith in America, only 13% of Americans are atheists, not believing in God, a higher power, or any spiritual force.

If young adults show the least belief, does that bode ill for religion in the future?  If belief in God is highest with age, does that mean faith will die out?  Or does it mean that there is something rather immature about not believing in God, that with greater age and life experience, faith in God becomes more credible?

I wish the study could have drilled down further into belief in God “as described in the Bible.”  What do the 54% of Americans who affirm that believe the Bible teaches about God?  What percentage believes in the Triune God–Father, Son, and Holy Spirit, one God in three persons–who is, indeed, the God revealed in the Bible?  What percentage believes in the incarnation, that God the Son became a flesh-and-blood human being?

Another revealing approach to the topic of what God you believe in would be to take Luther’s approach.  What do you have faith in?  That is your God.

In the words of the Large Catechism, from the explanation of the First Commandment:

What does it mean to have a god? or, what is God? 2 Answer: A god means that from which we are to expect all good and to which we are to take refuge in all distress, so that to have a God is nothing else than to trust and believe Him from the [whole] heart; as I have often said that the confidence and faith of the heart alone make both God and an idol. . . .

4 Therefore it is the intent of this commandment to require true faith and trust of the heart which settles upon the only true God, and clings to Him alone. . . .

Many a one thinks that he has God and everything in abundance when he has money and, possessions; he trusts in them and boasts of them with such firmness and assurance as to care for no one. 6 Lo, such a man also has a god, Mammon by name, i.e., money and possessions, on which he sets all his heart, and which is also the most common idol on earth. . . .

10 So, too, whoever trusts and boasts that he possesses great skill, prudence, power, favor, friendship, and honor has also a god, but not this true and only God. . . .

13 Thus you can easily understand what and how much this commandment requires, namely, that man’s entire heart and all his confidence be placed in God alone, and in no one else. For to have God, you can easily perceive, is not to lay hold of Him with our hands or to put Him in a bag [as money], or to lock Him in a chest [as silver vessels]. 14 But to apprehend Him means when the heart lays hold of Him and clings to Him. 15 But to cling to Him with the heart is nothing else than to trust in Him entirely. For this reason He wishes to turn us away from everything else that exists outside of Him, and to draw us to Himself, namely, because He is the only eternal good.

Many people today put their faith in technology, thinking that will solve our problems and is the source of our highest good.  Thus, technology is their god.  Others put their faith in science, or politics, or one ideology or another, or themselves.  But these will all fall short and prove unworthy of our faith.

It isn’t necessarily the fault of created things when they fail us as gods.  They are not meant to be deities.  They are just not the sorts of things that we can put our faith in.  That they refuse the role we put them in is a testimony to their God-given nature.  As Francis Thompson put it in his great poem The Hound of Heaven, in which he recounts everything he tried as a substitute as he was running away from the true God,

I tempted all His servitors, but to find
My own betrayal in their constancy,
In faith to Him their fickleness to me.

Finally, it isn’t that the speaker in the poem finds God.  Rather, God, who has been pursuing him like a hound, finds him, saying,

‘Ah, fondest, blindest, weakest,
I am He Whom thou seekest!

The very One whom he was running away from was the One he was seeking in all of the created substitutes.   That can take time and a lot of living to learn.

Illustration:  Shield of the Trinity by AnonMoos.  Public Domain, via Wikipedia 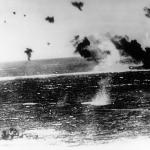 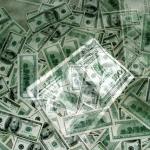