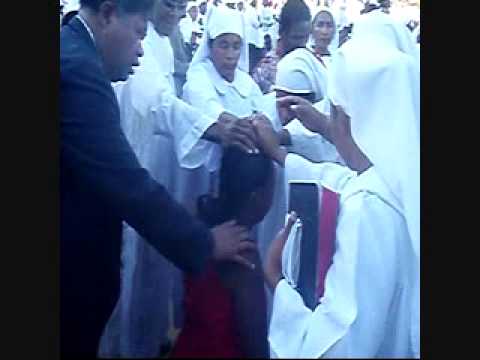 The Los Angeles Times, no less, published an interesting article on demonic possession.

Lynn Hightower, in her article  Exorcism is something we can’t quite quit, cites reports that the number of exorcisms being requested in the Catholic church has risen considerably since the pandemic.  Recounting some scary stories, she says that possession is increasingly being accepted as a reality by the psychiatric profession, with therapists sometimes co-ordinating with priests in an effort to cast out the oppressive spirits.

She says, “‘Possession’ is now recognized in the American Psychiatric Assn.’s Diagnostic and Statistical Manual of Mental Disorders.”

This is not fully accurate.  She links to a discussion about planned updates to that manual.  The 4th edition of that manual did include “possession trance” as a type of dissociative identity disorder, defined as follows:

Dissociative trance disorder: single or episodic disturbances in the state of consciousness, identity, or memory that are indigenous to particular locations and cultures. Dissociative trance involves narrowing of awareness of immediate surroundings or stereotyped behaviors or movements that are experienced as being beyond one’s control. Possession trance involves replacement of the customary sense of personal identity by a new identity, attributed to the influence of a spirit, power, deity, or other person and associated with stereotyped involuntary movements or amnesia, and is perhaps the most common dissociative disorder in Asia. . . .The dissociative or trance disorder is not a normal part of a broadly accepted collective cultural or religious practice.

The 5th edition considered bolstering that description, but the author being quoted posted an addendum at the very end of his discussion: “In DSM-5, Possession Trance Disorder no longer exists.”

Of course, the psychiatric manual is not ascribing the condition to any supernatural causes.  And these rather anemic symptoms that are listed are mild compared to what the church exorcists are seeing, as Hightower reports:

The symptoms of the possessed are always fairly consistent: Inordinate strength. Knowledge of hidden things. Speaking languages with no prior knowledge of them, sometimes backward. Foaming at the mouth. Embodying a malevolent entity that curses, makes threats and cannot tolerate the presence of sacred things, such as a crucifix. Suffering seizures, eyes that glowed yellow, a twisting distortion of limbs that seemed impossible. Testifying that something bad wanted to bloom inside them, to be them.

“Baffled and frustrated psychiatrists have turned to exorcists,” she says, “seeking help for patients whose torment does not follow the path of schizophrenia or delusional disassociation and does not respond to treatment.”  She cites the best-selling psychiatrist M. Scott Peck, who dealt with some extreme cases and “admitted he went from being a complete nonbeliever to a complete believer in the demonic ability to possess.”

For a Lutheran take on exorcism, go here and follow the links.  Here are some books on the subject:

Photo:  Screenshot from video of Lutherans in Madagascar performing an exorcism, by Robert Bennet via YouTube.  See the entire video here.