I realize that this is too early for some of you, and some of you are sick of the topic in general.  But things are brewing that may–or may not–impact the November midterm elections and the 2024 presidential election.

I will value your thoughts on questions like these:

(1)  Will a Supreme Court ruling overturning Roe v. Wade bring the Democrats out of the doldrums caused by inflation, crime, the unpopularity of President Biden, and a general revulsion against woke progressivism?  Is the right to an abortion so important to a big enough segment of the population that it will trump (sorry) these other issues and allow the Democrats to keep control of the government?

(2)  If President Biden remains unpopular, will Democrats renominate him for the 2024 election?  Or will they violate the political tradition and–if Biden refuses to step down–nominate someone who might prove more popular?

(3)  Should Donald Trump run again?  Or should the Republicans pick a fresh face?

(4)  If Trump doesn’t run, should Republicans nominate someone who shares his philosophy?

(5)  If neither Biden nor Trump run, who would be viable candidates to replace them?

(6)  What are the prospects for achieving a measure of national unity?  Can we do that without a war? 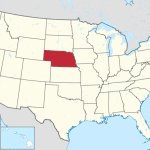 May 13, 2022
The Most Successful State in Handling COVID
Next Post