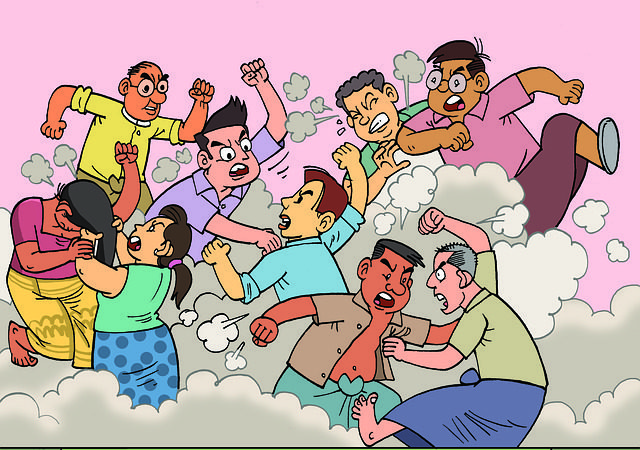 According to the woke doctrine of “intersectionality,” all those who are oppressed–whether because of race, class, sex, gender identity, etc., etc.–should be allies of each other against the common enemy of white, male, “cisgender” privilege.  (FYI, “cis-” in Latin, meaning “on this side of” is the opposite of “trans-,” meaning “on the other side of.”  But the word “cisgender” wasn’t coined until 1994.)

The problem is that the different victim categories are sometimes arrayed against each other.  And members of the “oppressed” groups easily become “oppressors” of members of other groups.

The Evangelical Lutheran Church in America (ELCA)–not to be confused with “evangelicals” or with orthodox Lutherans–earned major acclaim from other mainline liberal Protestants by appointing Megan Rohrer to be the first transsexual bishop.  Rohrer “transitioned” from being a woman to being “non-binary”; that is, to being neither a woman nor a man, choosing her pronouns to be “they.” But the trans bishopric of the Sierra Pacific Synod, comprising northern California and parts of Nevada, lasted little more than a year before being forced to resign.

Rohrer was accused of racism for sacking the Afro-Caribbean head of an Hispanic mission.  Also for corruption, including embezzling money from a child care center and making the non-gendered one’s 4 and 5 year old children voting members of the congregation to secure its control.  (Rohrer only had this one call, a congregation of 22 people, after seminary, before being elevated to the bishopric!  Surely the ELCA shares blame for the subsequent fiascos in elevating such an inexperienced person, evidently for the sole qualification of being “trans.”)  Due to the racism charges, in an attempt at intersectionality, Rohrer was kicked out of the LGBTQ organization.  So there were no obstacles for the church body to remove and impose other discipline on  Rohrer.

There is also trouble within the LGBTQ+ coalition, as same-sex attraction is being challenged by transgender ideology.  This is especially becoming a problem with lesbians who are being pressured to have sex with men who identify as women and then further identify as lesbians.  That is to say, heterosexual men who claim an identity as “trans women.” They must be accepted as such according to the canons of transgenderism.  Lesbians therefore must be open to heterosexual sex from these fellow “lesbians” or be ostracized.  Read Eliza Mondegreen’s article Why should lesbians have sex with men? with the deck, “It’s now bigoted to be attracted to only female bodies.”  (Caution:  The article is highly explicit.)

Then there is the related issue of “Transgender Exclusionary Radical Feminists,” or “TERFS,” which has become a term of abuse against women who believe that biological males identifying as women should not compete in women’s sports, win “woman of the year” awards, have access to women’s bathrooms, be incarcerated in women’s prisons, etc., etc.   A prominent woman who holds these views and has been vilified for them is J. K. Rowling, author of the Harry Potter books.

Other examples abound.  The intersectionality web of oppressed groups includes the disabled, but they often see themselves as targets of the progressive pro-abortion and pro-euthanasia movements.  Here in Oklahoma, attempts to come to terms with our state’s troubled racial legacy is complicated by the fact that the native American tribes who were forced to come here on the “Trail of Tears” owned black slaves.  Another victim group, according to intersectionalism, is Muslims–never mind the way Muslims treat women or  gays.

Recently, the woke Washington Post fired a woke reporter for her constant harping on social media against her colleagues and bosses for not being woke enough.

All of this is evidence that human beings cannot keep the law.  They cannot keep God’s Law.  And even when they reject God’s Law and, in their quest for self-righteousness, replace it with a made-up law of their own, they cannot keep that one either.

And without recognizing things like repentance,  grace, atonement, and redemption, they cannot forgive or be forgiven. 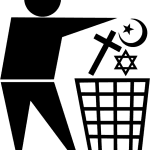 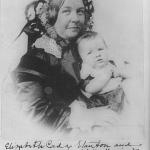 June 22, 2022 The Difference Between Early and Modern Feminists
Recent Comments
0 | Leave a Comment
Browse Our Archives
Related posts from Cranach