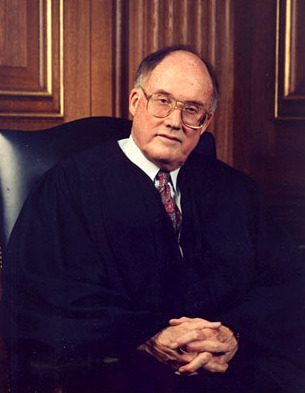 I have to admit that I was surprised that the Supreme Court overturned Roe v. Wade.

I thought that Chief Justice John Roberts would persuade at least one of the other new judges to go along with the solution that he favored:   Keep Roe v. Wade in place, while expanding the right of states to put limits on abortion.

Roberts voted along with the 6-3 majority in the case at issue, Dobbs v. Jackson Women’s Health, a Mississippi law that outlawed abortion after 15 weeks.  But he did not vote to overturn Roe, which passed 5-4.

The halfway measure Roberts favored had been tried before.

Daniel Silliman, writing in Christianity Today, says that Roe v. Wade was almost overturned in 1992.  The court was hearing Planned Parenthood v. Casey, in which the abortion provider was suing Pennsylvania for requiring a waiting period and notification of a spouse or parent.

Silliman says that Chief Justice William H. Rehnquist (a Lutheran) drafted an opinion in the case that would overturn Roe and that he had cobbled together a 5-4 majority to pass it.

Then at the last minute, Justice Anthony Kennedy switched sides. He joined Sandra Day O’Connor and David Souter to craft a compromise that would allow states to regulate abortion to some extent—but also uphold the validity of Roe. They got the two more liberal justices, Blackmun and John Paul Stevens, to sign on.

Though it may have been conceived as a “compromise,” the 5-to-4 decision in Casey was in fact a reaffirmation of the core claim of Roe—while almost entirely abandoning the legal reasoning. The court decided that it was crucial to recognize the precedent set by Roe, adhering [to] the legal doctrine of stare decisis.

The effect of Casey was to establish abortion as a constitutional right all the more.  Importantly, Justice Alito’s opinion that overturned Roe v. Wade also overturned Planned Parenthood v. Casey.

Also opposing a halfway measure were the attorneys in Dobbs who argued against Mississippi’s abortion restrictions.  Silliman reports this exchange with Justice Alito:

“I read your briefs,” Alito said to the attorney defending Roe and Casey. “Your briefs [say] that the only real options we have are to reaffirm Roe and Casey as they stand or to overrule them in their entirety. You say that ‘there are no half-measures here.’ Is that a correct understanding of your brief?”

She agreed it was. And Alito, soon after the hearing, started drafting a bold decision overturning Roe and Casey completely.

The humanness of the fetus is not primarily established by religion, but by medical science and logic.  To say a baby becomes human when the mother wants it, or some time after birth, or when the child is able to reason, or the like, is little different from the medieval, pre-scientific notion of “quickening,” that the fetus receives a human soul when the mother can feel movement in her womb.

Most defenders of abortion don’t seem to care about the humanness of the fetus, insisting instead on the mother’s power, even to the point of violence against her own child.  Usually, progressives condemn that sort of oppression, but, strangely, not on this issue.

June 27, 2022
"The Greatest Victory in the History of the Conservative Movement"?
Next Post