“The Greatest Victory in the History of the Conservative Movement”? 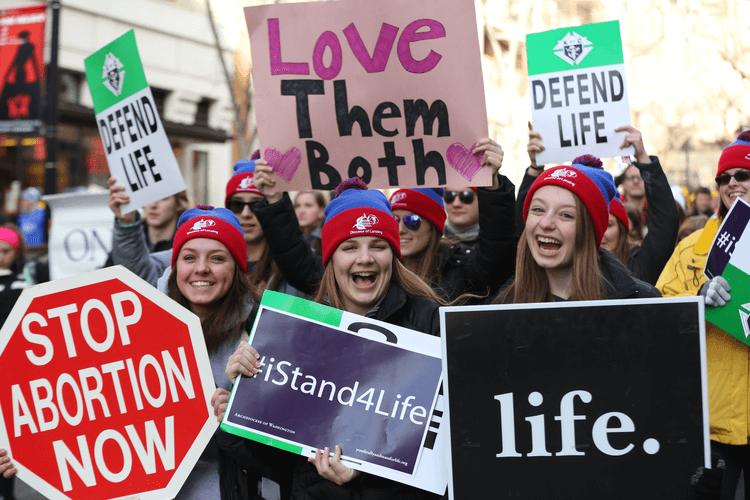 Roe v. Wade has been overturned!

Amidst the indignation in the media, the furor of the protesters, and the apocalyptic laments of progressives everywhere, it is easy to overlook the magnitude of what just happened.  Cultural conservatives committed to the value of human life have just won an astonishing victory.

In fact, Philip Klein, editor of National Review Online, says that we should mark our calendars for June 24, 2022.  Because that is the day of  The Greatest Victory in the History of the Conservative Movement.

In his article by that name, Klein shows how “It took a mixture of intellectual rigor, commitment to principles, institution-building, and bare-knuckles politics to get to this moment.”

He cites the rise and intellectual sophistication of the conservative legal movement, as embodied in the Federalist Society, which created a deep bench of highly-qualified and highly-effective strict constructionist judges, some of whom rose to the Supreme Court.  He cites the untiring work of the pro-life movement, whose demonstrations, prayers, and help offered to women considering abortion kept the issue alive and moved the conscience of millions.  He cites the “bare-knuckles politics” of congressional Republicans–including the sometimes derided Mitch McConnell, then the Senate Majority Leader–for blocking the Democrats from filling the vacant seat of the late Antonin Scalia and pushing through Donald Trump’s judicial appointments.  He gives credit to culturally conservative voters who didn’t think much of Trump but voted for him anyway in the hope that he would appoint pro-life judges.  And he gives credit to President Trump who fulfilled their hopes.

All of these factors came together in overturning Roe v. Wade, and that ruling would not have happened without them.  So this was a victory of the whole cultural conservative movement on their most important and most defining issue.

But might this prove to be a Pyrrhic victory?  That is, a victory so costly that it amounts to a defeat?  That term is derived from King Pyrrhus of Epirus, who won two great victories over the Romans.  Reports Plutarch:

The armies separated; and, it is said, Pyrrhus replied to one that gave him joy of his victory that one other such victory would utterly undo him. For he had lost a great part of the forces he brought with him, and almost all his particular friends and principal commanders; there were no others there to make recruits, and he found the confederates in Italy backward. On the other hand, as from a fountain continually flowing out of the city, the Roman camp was quickly and plentifully filled up with fresh men, not at all abating in courage for the loss they sustained, but even from their very anger gaining new force and resolution to go on with the war.

Might the pro-abortion forces “from their very anger” gain “new force and resolution to go on with the war”?  Might voters, most of whom believe in legalized abortion in some form, turn against cultural conservatives altogether?

Republicans are expressing happiness at the ruling.  But, according to interviews with party officials conducted by Politico‘s David Siders, “they just didn’t want it to come right now — not during a midterm election campaign in which nearly everything had been going right for the GOP.”  What with surging inflation and President Biden’s plummeting popularity, the Democrats seem to be on the ropes, heading into the midterm elections.  They worry that overturning abortion as a “constitutional right” will re-energize Democrats and turn voters against them.  Siders quotes one operative who says that this may be a case of the dog catching the car.

Certainly, the battle over abortion is far from over.  It will not only intensify, as Democrats try to re-establish Roe by passing a federal statute, it will metastasize to local governments.  With the Supreme Court turning over the issue to the states, every election for state senators, state representatives, governors, and other state offices will turn into a referendum on abortion.

And the inevitable patchwork of state laws–with some states (like Oklahoma where I live) banning abortion entirely, with others allowing abortion with no restrictions at all, and others legalizing abortions with restrictions–will mean abortion tourism, boycotts from woke corporations, and other intrastate conflicts.

None of that takes away from the significance of the Supreme Court ruling.  Most observers believe that though abortions will still be available, lives will be saved.  And it may be, as Emily Jashinsky says, that overturning Roe might be part of a larger pendulum swing away from the sexual revolution, which has made women, liberated or not, its primary victims.

And, as Elle Reynolds says, the ruling demonstrates that, contrary to what many Christians have been saying, “The culture war is not lost yet.”

Well, the political war is not lost yet.  The culture still needs changing, through continued persuasion, conversion, and replacing our culture of death with a vibrant culture of life.  But scrapping Roe v. Wade is a victory worth celebrating.