Politicians Have Been Borrowing Megachurch Tactics 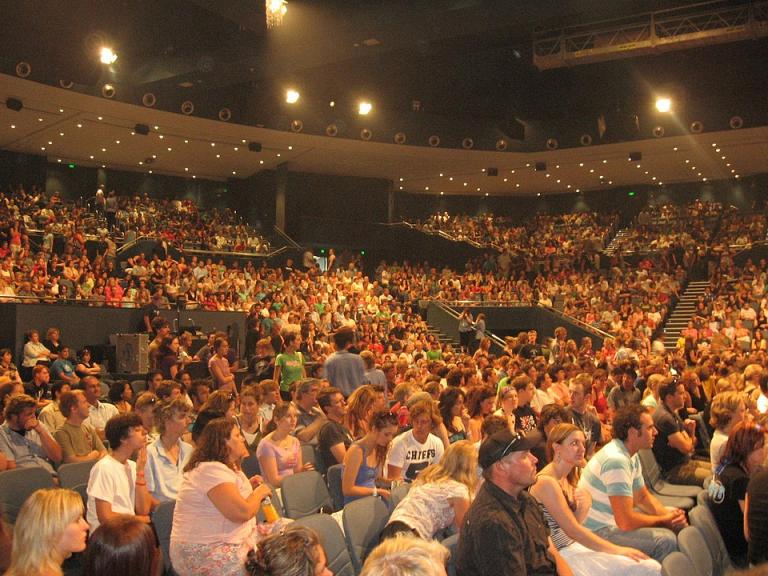 Yesterday we posted about Bill Bishop, whose bookThe Big Sortaccounts for our political polarization in terms of how Americans now tend to live, work, and associate with only people like themselves, having little contact with anyone who thinks differently. One point he makes is that people’s political convictions are not just matters of ideology but that there is a social dimension to how people vote.  They vote the way their friends do. In the course of thePolitico interview with Bishop, he tells Michael Kruse that, beginning with George W. Bush and continuing with Barack Obama, politicians have been emulating the way megachurches attract people:

Kruse: There is this section, though, in which you sit down with Matthew Dowd, the George W. Bush strategist, and he outlines the ways that he and the Bush campaign that year took advantage of this reality, saw the political utility within this reality in a maybe new way. Is it fair to see that as something of a shift in that presidential election cycle?

Bishop: Yeah. Except what they did was copy the megachurch.

Kruse: Right. They took what worked socially and in a religious context from a flat-out messaging standpoint, a marketing standpoint, and applied it fairly directly to a political campaign.

Bishop: You could see that people don’t come to a big church necessarily because of the preacher. They come because their friends come. And so what Dowd and those people figured out was you get the local person who becomes the local organizer. And they did that within the church. They would have a person in charge of each church to be that because it wasn’t about the head of the campaign. It was about the social group that people belonged to. And then Obama and Democrats and Republicans from then on realized they could do the same thing online.

Kruse: It’s interesting though, because in 2004, when Dowd is doing what he’s doing for the Bush campaign, Obama, pre-President Obama, pre-Senator Obama, is standing on a stage in Boston at the Democratic National Convention saying essentially there are no red states or blue states, there are only the United States, and then he runs for president and takes advantage — perhaps even better than the Bush campaign did in 2004 — of the big sort. Or am I wrong?

Bishop: I could see that they had organizers within Facebook, so that friends would bring friends into the campaign, just like friends brought friends into the church. It’s just the way people organize themselves. It’s just another example of how in the big picture identity has become — I mean, politics now isn’t about dividing stuff up. It’s not about, as it was in the old days, getting roads in Kentucky. Now it’s about identity. All the other ways that people develop their identity or have developed their identity since time began in groups and in communities and in families and at work — all those have lost meaning. People are given the task of creating their own identities every day, which is what Facebook and Twitter are all about. A bunch of European sociologists describe this breakdown of community and how the individual has become the artist of his own or her own life and is given this daily task of creating a self. And so politics now plays that role. People use politics to create identity, not to divide up stuff. The policy that is in place under Trump is hated by Democrats. If the same policy remains under a Democratic president, then Democrats like it.

Aren’t you glad that the church still influences the world?  Too bad it’s the church growth movement that is influencing politicians.  And that both seem to be more oriented to attracting people than to substance.

How the Fed--and the Feds--Messed Up Our Economy
Federal Reserve chairman Jerome Powell has said  that he is going to...
view all Evangelical blogs
What Are Your Thoughts?leave a comment
Copyright 2008-2021, Patheos. All rights reserved.
Close Ad