The Self-Destruction of Progressivism 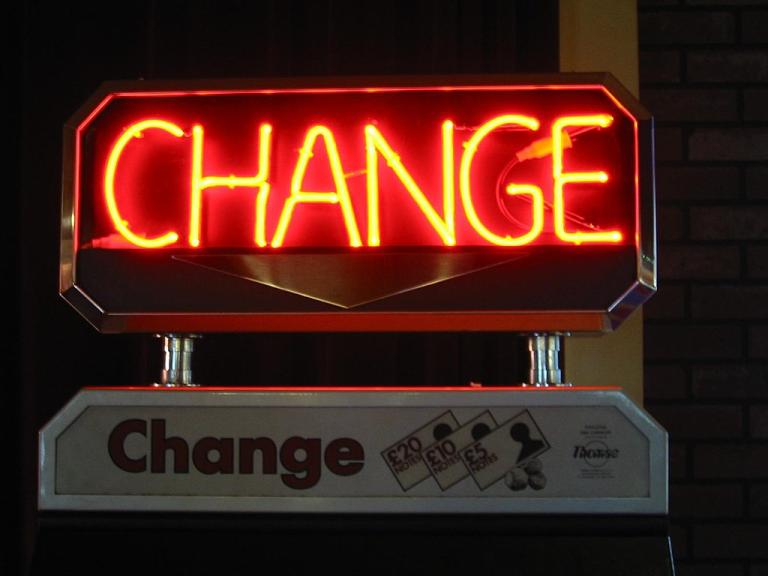 Yesterday we blogged about Carl Trueman’s rather bleak assessment of the church’s prospects in light of our secularist culture.  We also have blogged about the decline in the belief in God and in the Bible.  So there is much for Christians to be concerned about as we seek to evangelize the world, and we would do well to face up to the difficulties. But, I wonder, are we being too pessimistic?

Progressives believe that things are getting better and better, that history is evolving to ever-higher states.  Progress is inevitable, they think, and it always goes forward.  We conservatives don’t believe in progressivism, of course, and yet we too can fall into their assumptions about the “arc of history.”

If progressives see inevitable evolution towards their preferred outcomes, other thinkers look at the same history and see other patterns.  Many conservatives see an inevitable decline.  Hegelians see one period followed by its opposite, followed by a synthesis that brings on another opposite.  Some historians see one thing followed by another, in unpredictable ways.

Christians can have various views of history, but they need to factor in how God can break in, often in surprising ways. And they can also factor in the self-destructiveness of sin and false beliefs.

Christians have prayed for the overturn of Roe v. Wade, perhaps not expecting that to ever come to pass.  But it has happened.  The progressives are wailing, their indignant cries of alarm amplified by the progressive media.  But that should not take away from the magnitude of this victory.

Right now, surging inflation–reaching 9.1% according to the latest numbers–is surely discrediting progressive economic theory.  Surging crime is surely discrediting the leftwing project of defunding the police and refusing to prosecute criminals.  President Biden’s plummeting popularity–fueled by his handling of the economy, immigration, national defense, foreign policy, and just about everything else–makes it likely that the progressives will face massive defeat in the upcoming midterm elections.

But that’s only politics.  Across the nation, including in liberal strongholds in suburban Washington, D.C., and San Francisco, parents are aghast at the way critical race theory, queer theory, and anti-American theory are gutting public education, dismantling academic standards and stigmatizing high-achieving children.  Meanwhile, higher education–once the pride of the nation–has become nearly Stalinist in shutting down academic freedom, forbidding opposition to woke ideology, politicizing science, and “interrogating” (they even use the Stalinist terminology) Western civilization.  Will scholars accept this intellectual dead end for long?  Already, many are bridling against this ideological policing, but they are afraid to speak out.  But that may not last for long.

Americans have a deep and abiding taste for freedom, and we are already seeing reactions against the woke ideology being imposed by corporations, schools, and the cultural elite.  One form this is taking is ridicule.  But, ironically, it is also happening in what were once bastions of progressivism–the working class, Blacks, Hispanics–turning these groups in conservative directions, to the point that some of the biggest promoters of woke ideology are the affluent, white, well-educated, privileged, and powerful people that woke ideology demonizes.

The sexual revolution has given us the #MeToo movement, as the notion promulgated in the 1960’s that “sex is no big deal” is being repudiated by women who have been exploited by this mindset.

Transgenderism, which has become a shibboleth of political correctness, challenges biology.  It also challenges other radical ideologies such as feminism (with men identifying as women, and women identifying as men), homosexuality (with men attracted to men wondering if they are homosexual or is they are actually women).  Read, for example, this article, Why Should Lesbians Have Sex with Men?, on the phenomenon of men identifying as transexual women (surgery is no longer necessary for this claim) and further identifying as lesbian.  Thus, they are men having sex with lesbian women, who are guilted into accepting them as women.

More examples abound.  In my recent book Post-Christian:  A Guide to Contemporary Thought and Culture, I chronicle such crises, contradictions, and self-immolations in field after field, on issue after issue.

After all, the whole postmodernist project hinges on constructivism, the notion that we construct our own realities.  But reality–nature, our bodies, our human nature, the nature of society, moral truth, religious revelation–is not just something we make up according to our desires or quest for power.  Though people might play with such ideas, the fact is that reality is fundamentally  objective.  And eventually, reality always breaks in.

Already, as I show in my book, some cutting edge thinkers, secularist though they be, are recognizing this.  Some are even heralding the rise of a new phase of civilization:  A “post-secular” age.

Culture changes, often very rapidly, and it can change in ways favorable to Christianity, as well as unfavorable.  Right now, things are hard for Christians, and they may get harder.  Ultimately, of course, they know that the gates of hell, let alone cultural trends, cannot prevail against the Church and its confession of Christ (Matthew 16:18).  But things may also get harder for the secularists.

Illustration by Felix Burton, CC BY 2.0 <https://creativecommons.org/licenses/by/2.0>, via Wikimedia Commons 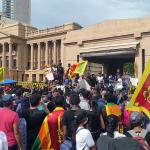