What to Do When the Church Loses Its Reputation 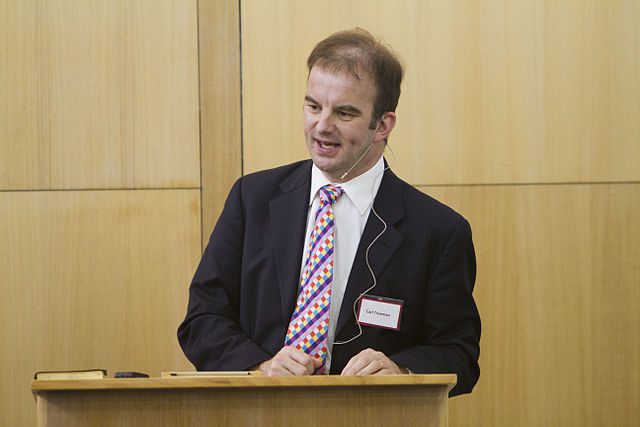 Carl Trueman is one of the most perceptive Christian analysts of culture out there.  He has written an important article for Religion & Liberty entitled Faithfulness Is the Future of the Church.

He begins, “It is clear to even the most casual observer of the religious world in America that churches today face significant challenges to their public reputation, challenges that have undermined everything from their capacity to speak with authority in the public square to their ability to command loyalty from their own members.”

There are lots of reasons, he says, why churches have lost their reputation.  The scandals of sex and abuse in both the Catholic Church and many Protestant churches have taken away their moral authority with the public.  He doesn’t even mention how churches have become involved in politics–liberal as well as conservative–which entangles them with our current political polarization.

But even with their own members, churches have lost their authority.  Church discipline is almost impossible when a member under correction can simply go to another congregation.

Churches have a voluntary dimension that has always meant that their authority is highly attenuated. Freedom of religion is a very good thing, but it does shift power toward the congregant, who can easily behave like a customer, and away from the clergy, who may find that they have to behave more like salespeople to attract and keep their flock.

Technology only accelerates this weakening of the ties between members and their churches:

The invention of the automobile might be said to have been the real shattering blow to church authority, as it allowed individuals easy access to an even greater range of churches. Now the internet has more or less abolished geography in its entirety. A person in Florida can, if they wish, be part of a church service in Rome as long as it is streamed on the web. And this can be at a time of the person’s choosing. We might say that technology in the form of the internet has not only further eroded institutional power in practice, but it has also reshaped how we imagine our relationship to the church. The customer now really can be king over space and time.

Add to all of this the overall rebellion against institutional authority–from the family to the government–and of course the church will be weakened.

Not that Christians are supposed to have the approval of the world, as Scripture clearly states.  Today, especially, there are strong contradictions between the culture and the Christian faith.

Now to hold to the traditional view of Christian marriage is to run afoul of one of the terms of recognition in secular society, because in doing so the Christian fails to affirm the legitimacy of an identity and a relationship that said society has already deemed legitimate. The Christian’s belief looks like bigotry, and there is no context in which holding such a view is deemed warranted or permissible. Christians are faced with a situation that has perhaps not been seen widely in the West since the fourth century: To be both a good church member and a good citizen has become increasingly difficult.

In this climate, Trueman says that Christians need to face up to the fact that “the church will become smaller.”

Trueman stresses the need for stronger preaching and catechesis.  The church needs to be morally consistent.  It must capture the “moral imagination” in its portrayal of marriage.  The church must be a “loving community,” which, in turn, can attract the wider culture, which is in such desperate search for love.

One way to accomplish these things is to recover genuine worship:

Indeed, if the battle for the modern mind is a battle of ideas but also of the imagination, then worship is key. With its various liturgical actions, involving proclamation and response, prayer and confession, words and music, and, of course, the sacraments, worship is something that grips the whole person and the whole congregation. As Christians participate in worship, so they are transformed, often imperceptibly and incrementally, in all ways, from the way they think to the way they relate to each other.

Such words, coming from a Reformed theologian, warm the heart of us Lutherans, referring as they do to a revival of liturgical worship, though even some of our churches have thrown that out in the hopes of attracting “people today.”  But, as Trueman shows, “people today” tend not to be attracted, including to our efforts to reach them.

The church itself needs to get its act together–dare I say, needs a Reformation–before it can be credible to outsiders.  The moral scandals, the theological vacuity, the shallow worship, the efforts to emulate the very worst of pop psychology and pop culture that plague so much of contemporary Christianity have eviscerated the witness of the church.  But these things are within the ability of the church to address, with the help of God.  We might not be able to affect the culture, but we should be able to affect ourselves.  And in such a Reformation, God Himself will act, as He did five centuries ago.

I think Trueman raises many good points, and this summary only scratches the surface of his essay.  Read it all.

And yet, I wonder if it might not be too pessimistic.  Tomorrow, I’ll post some possible reasons for optimism. 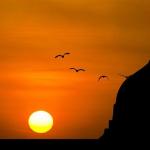 July 20, 2022
An Islamic Take on LGBTQ Identity
Next Post