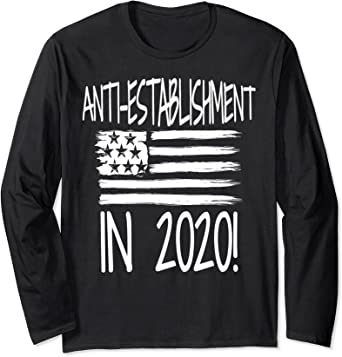 That’s an observation by Yuval Levin in the course of a review of a book by Noah Rothman, The Rise of the New Puritans: Fighting Back Against Progressives’ War on Fun.

That book argues that the religious quality of woke progressivism can best be accounted for as a revival of Puritanism.  Rothman, according to Levin, “sees elements of the Puritan framework of intense piety, the hunting of heretics, a peculiar austerity and temperance, and ambition for social transformation underlying the Left’s contemporary moral and political ambitions.”

That sounds interesting, though, as I have written about, the actual Puritans were not as strait-laced or legalistic as the later stereotypes made them out to be.  But that particular manifestation of religiosity does happen and can be found in many different contexts, including political ideologies.  (For another, perhaps more theological, treatment of the Left’s Puritanism, see Mark Mitchell’s Power and Purity: The Unholy Marriage That Spawned America’s Social Justice Warriors ).  And, of course, different kinds of moral convictions give us different kinds of Puritanism, as in today’s moralistic Left, which has completely different moral beliefs than the Christian Puritans.

I was struck, though, with what Levin says about Insiders and Outsiders:

In America, though not in England, Puritans have. . .seen themselves as the rightful owners of society’s institutions, and that has meant that the party in our politics that has exhibited Puritan tendencies has generally been the “inside” party — the one that implicitly assumes that this is its own society and that the threats it faces are threats from outside forces eager to break in and take over. The “outside” party in our politics has always been more wild and disorderly, more fun, but also more inclined to imagine that progress requires blowing up the establishment. . . .

At least in the latter half of the 20th century, the Right tended to see itself as the “inside” party — the party of propriety and standards, that sought to defend the institutions from invasions by barbarians, vulgarians, and miscreants. This has been the case even when those awful people were for all intents and purposes running those institutions — and so the modern Right has sought to save the courts from the judges and (with much less success) the universities from the professors. The Left, meanwhile, tended to see itself as the “outside” party, shocking the sensibilities of the elites and fighting the establishment — even though the elites and the establishment have voted for the Democrats for decades. In this century, however, the parties have basically switched sides in this respect, or maybe have come to recognize a change in the underlying society. Today’s Right implicitly understands itself as the outside party, oppressed by the powerful and banging on the windows of the institutions. Today’s Left implicitly understands itself as the insider, enforcing norms and demanding conformity.

Ironically, the rhetoric of the Left still assumes they are the outsiders!  They speak of power, oblivious to the fact that today they have the power.  They condemn the rich and big corporations, as if the rich and the big corporations aren’t on their side.  They speak of defending the weak, the oppressed, and the marginalized, even though their biggest issue today is to allow the killing of the weakest, most oppressed, and most marginalized of all, namely, children in the womb.

I have also found it ironic how the Right today often sounds like the Hippies of yesteryear, as in condemning “the Establishment.”   I remember Nixon’s Silent Majority conservatives as defending the Establishment.

Of course, the Hippies back then became the Establishment.  Those who believed that institutions are just about the exercise of power and the oppression of other groups are now the ones exercising power–in government, universities, the media, Hollywood, and other elite institutions–so, true to their ideology, they seek to silence and punish those who oppose them.

I would say, though, that while conservatives currently tend to oppose the Establishment, they need to remember that, in accord with their name, they also need to conserve something.  Basic institutions–the family, the church, schools, and (yes) the government–need to be conserved.  And if they have been corrupted and weakened by the new establishment that seeks to replace them, they need to be recovered and reformed.

Some conservatives I have heard seem to want to just break things, defying all authorities and moral constraints.  Like the Leftists of the 1960s used to do. 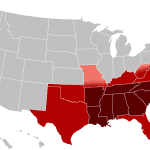