My fellow Patheos blogger Daniel K. Williams, a history professor at Western Georgia who blogs at Anxious Bench, has made a  fascinating discovery.

In his post The White Southern Protestants Who No Longer Attend Church, he notes that church attendance is down everywhere, including the so-called “Bible Belt” of the South.  In the northeast, the decline–which he attributes in part to the sex scandals in the Catholic church–has been associated with a rise in political liberalism.  Is that happening in the South, as well?  Are Southerners who have given up on evangelical churches becoming more progressive?

Using data from the 2018 General Social Survey (GSS) and sorting the information according to race, region, and church attendance, he found that the 45% of white Southerners who no longer attend church have pretty much the same political and culture war beliefs that their church going neighbors do.

They overwhelmingly supported Donald Trump, voting for him over Hillary Clinton by a 2 to 1 margin.  They are all for law and order, oppose affirmative action, distrust the government, distrust the press, and support the military.  They are even pro-life.

In short, by these and other measures, white Southerners who don’t go to church have the same politics as those who do go to church.

They even have many of the same religious beliefs.  The non-churchgoers still identify as Protestant Christians and 89% believe the Bible is the inspired Word of God.

There are, however, some notable differences.  Non-church goers  are fine with homosexuality.  And 68% believe that premarital sex between a man and a woman is “not wrong at all.”  Only 21% of church goers believe that, with half believing that having sex outside of marriage is “always wrong.”

Unlike church goers in the South, the dechurched strongly support the legalization of marijuana.  Prof. Williams also found that white Southerners who don’t go to church are less trusting of other people and more cynical of institutions than churchgoers.

So what does all of this tell us?
Prof. Williams suggests that when white Southerners leave the church, they bring their evangelical politics with them.
But couldn’t we also conclude from this that political beliefs do not derive from religious affiliation? Perhaps Southern evangelicals are conservative not because they are evangelical but because they are Southerners.
Dr. Williams’ data fits well what others have documented, that, for example, Donald Trump has his greatest support among the unchurched. Specifically, the white working class, the most unchurched demographic in the nation.
Political positions are shaped by economic interests, class resentments, local culture, and many other factors that have little to do, as such, with religion.  Dr. Williams associates the “individualistic” political positions of Southerners with “individualistic” evangelicalism.  But we could just as easily say that individualistic evangelicalism is attractive to Southerners because Southerners tend to be individualistic.
Of course, religion does shape moral convictions and thus can play a part in a person’s political ideology.  It is highly significant that non-church-going white Southerners are pro-life, just like their religious counterparts.  This may well be an example of Christian cultural influence.
The most telling difference is that non-church-goers, while being conservative politically and even culturally, tend to be permissive when it comes to sex.  This would support the notion that many people give up Christianity not for intellectual reasons or even spiritual reasons, but because they want to join the sexual revolution.  Their sexual desires conflict with the church’s sexual ethics, so they reject the church.  Conservatives, as well as progressives, can be guilty of that.
But blaming evangelicals for political conservatism is surely too simplistic.  “Contrary to popular stereotypes about religion’s polarizing effects, southern churches may actually temper these inclinations at times,” Prof. Williams concludes.  “Even the most politically conservative churches have encouraged a sense of community that encourages people to be concerned for others and to trust other people,” important values that the dechurched have drifted away from.
Illustration:  Map of the Southern States by Grayshi, Roke, CC BY-SA 3.0 <https://creativecommons.org/licenses/by-sa/3.0>, via Wikimedia Commons
Previous Post 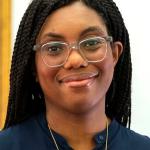 August 1, 2022
The New Star of British Conservatism
Next Post 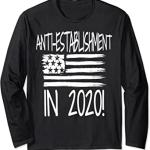