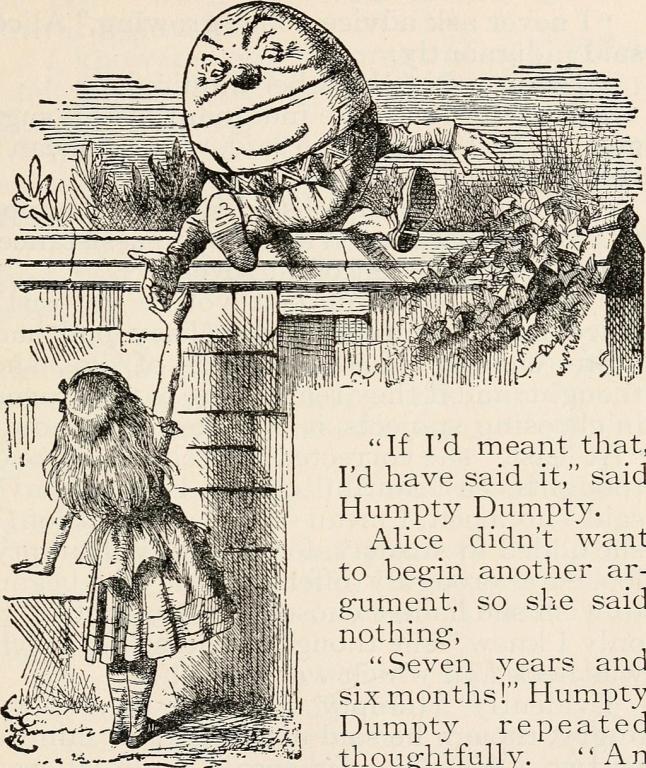 Politicians are trying to address problems by coming up with different words to talk about them.

The massive climate, healthcare, and tax increase bill that the Democrats pushed through the Senate last weekend through the veto-proof tactic of “reconciliation” is called the “Inflation Reduction Act.”

It’s called that primarily because the spending comes in at $433 billion, while the tax increases will bring in $739 billion.  So it will cut the deficit by nearly $300 billion, thus reducing inflation.

But isn’t that a tacit admission of something progressives have been denying, that deficits–augmented by bills such as the $1.9 trillion “American Rescue Plan” and the $1.7 trillion “Build Back Better Bill”–cause inflation?

Another reason Democrats are pushing the bill as an “Inflation Reduction Act” rather than a climate, healthcare, and tax increase bill is that one provision will allow Medicare to negotiate with drug companies for lower prices for medicine.  OK, fine.  But that will have a negligible effect on inflation for the general public.  The bill will also forbid pharmacy companies from raising the cost of prescription drugs more than the rate of inflation, which will likely cause them to jack up the initial prices to cover the development costs of the drugs, knowing they can’t raise them later and thus likely increasing drug costs.  That law, which originally applied to the cost of all drugs but was restricted to Medicare by the Senate parliamentarian, demonstrates a mindset that is oblivious to how markets set prices. As Senate Minority Leader Mitch McConnell commented,

“The government can’t actually make something cost less by making it illegal to raise its price. This is the logic of college sophomore socialism,” he said.

“The policy would bring about a world where many fewer drugs and treatments get invented in the first place as companies cut back on [research and development],” he said.

The major focus of the Inflation Reduction Act is battling climate change with a host of subsidies, tax credits, and regulations to cut the use of fossil fuel.  This will not bring down the cost of gasoline.

As for the tax increases, even President Barack Obama knew that, as he said, “The last thing you want to do is to raise taxes in the middle of a recession.”  When you tax companies, they invariably pass along that increased cost to their customers.  Also, the increase in taxes decreases the amount of money that individuals and companies have to spend in investments and the general economy.  (For other reasons why the Inflation Reduction Act will not, in fact, reduce inflation, but will probably increase it, see this and this.)

Speaking of recession, which has traditionally been defined as two successive quarters of negative economic growth, when the economy hit that milestone, Democrats redefined the word so that we aren’t in a recession after all.

The purpose for all of this word play is, of course, rhetorical.  With this terminology, Democrats can say they are acting to reduce inflation, while attacking Republicans who vote against the bill as being against reducing inflation.

There are many other examples of this sort of thing.  Abortion becomes “women’s health care.”  Letting elected legislatures decide the issue instead of non-elected judges becomes “an assault on democracy.”

What is it with Democrats trying to change the meaning of words? Ask them what a woman is, and you get “menstruating persons” or “I’m not a biologist.” Mothers are now “birthing persons.” If a word sounds good, they cram everything into it, like Kirsten Gillibrand tweeting, “Paid leave is infrastructure. Child care is infrastructure. Caregiving is infrastructure.” They tell you that filling Supreme Court seats is court-packing but adding seats to the court isn’t and that just about everything is racism except discriminating on the basis of race.

It’s less Orwell than Lewis Carroll’s Humpty Dumpty: “When I use a word, it means just what I choose it to mean — neither more nor less.” When asked how he “can make words mean so many different things,” he replies, “The question is, which is to be master — that’s all.”

The reference, by the way, is to Chapter 6 of  Alice in Wonderland:  Through the Looking Glass.  We are all going through the looking glass these days.

Illustration:  Humpty Dumpty, from Lewis Carroll’s “Through the Looking Glass,” via Internet Archive Book Images, No restrictions, via Wikimedia Commons

August 10, 2022
Raiding Trump to Keep Him from Running?
Next Post