Rest of the World Is Turning Against “Transitioning” Children 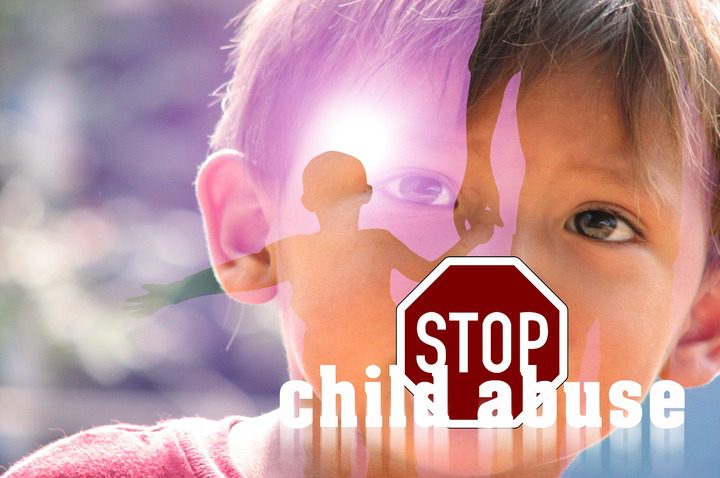 Transgenderism teaches that gender is a function of a person’s mind, not the person’s body.  A corollary is that children who believe they were born into the wrong body should be given puberty blockers, hormones, and “gender affirming” surgery.  That is to say, the children are sterilized and sexually mutilated.

This is monstrous on the face of it.  “Gender dysphoria”–confusion about one’s own gender– is not uncommon among children, but it usually goes away in time.  But the transgender movement has turned this condition into a mandate for sex-change medical procedures.  Schools are encouraged to identify children in need of this kind of “treatment,” sometimes is defiance of parents.  And those who oppose doing this to children are demonized.

Fortunately, though, the rest of the world is starting to shift away from these practices, even as the United States is enshrining them in law, policy, and the medical profession.

The United Kingdom is shutting down the Tavistock gender-identity clinic, the largest clinic performing these kinds of treatments in the world..  The National Health Service, the UK’s socialized medicine arm, closed the clinic after independent investigators found that what it does is “not a safe or viable long-term option” for young people with gender dysphoria.  The report, written by the former president of the Royal College of Pediatrics and Child Health, concluded that its patients were “at considerable risk” from the clinic’s “unquestioning affirmative approach.”

Meanwhile, according to an editorial in National Review, more than a thousand families have filed suit against the clinic because their “children and young adolescents were rushed into treatment” and  “suffered life-changing and, in some cases, irreversible effects.”  The editors comment,

The National Health Service’s decision to shut down the clinic was a remarkable concession, an acknowledgment of harm — and a recognition that a major course correction was needed. Learning from these mistakes, the British government is now much more cautious about transgender ideology. For instance, the British attorney general recently clarified that schools do not have to abide by students’ preferred pronouns and that restrooms must be kept single sex. The outgoing prime minister Boris Johnson also made clear his party’s commitment to acknowledging the biological reality of sex.

Other nations too are becoming skeptical of transgendering children and adolescents.  Sweden has ruled out the use of puberty-blockers and cross-sex hormones for minors.  Finland now requires that “the initiation of hormonal interventions that alter sex characteristics may be considered before the person is 18 years of age only if it can be ascertained that their identity as the other sex is of a permanent nature and causes severe dysphoria” and “the young person is able to understand the significance of irreversible treatments and the benefits and disadvantages associated with lifelong hormone therapy, and that no contraindications are present.”  Also, medical societies in France, Belgium, and Australia are coming out against these procedures.

Not, though, in the United States.  The American Academy of Pediatrics has come out in favor of “medical transition” for minors.  Furthermore, it is supported by our government.  From the National Review editorial:

But the Biden administration is in a far different, much more disturbing place. The assistant secretary of health Rachel (formerly Richard) Levine vows to “support and empower” young people “to get gender-affirmation treatment.” The Department of Education’s new Title IX guidance actively encourages schools to expand the definition of sex to include gender identity and the definition of sexual harassment to include sex-specific pronouns. Across the country, gender clinics are becoming more numerous and brazen in their recklessness. The Boston Children’s Hospital has a promotional video advertising “gender-affirming” hysterectomies for adolescent females, and the Children’s Hospital of Pittsburgh has a similar one for puberty blockers.

“Like the Tavistock,” the clinic the UK shut down, “their motivation is ideological,” comment the editors, “but, unlike the Tavistock, they have an added monetary incentive.”  In other words, Tavistock operated in the context of socialized medicine.  But the American clinics are making money from all of this.  But, as Julia Mason (a pediatrician) and Leor Sapir  say, “The U.S. is an outlier on pediatric gender medicine.”

Notice that the UK, Sweden, Finland, France, Belgium, and Australia are not culturally conservative countries.  And the exposé of the Tavistock clinic was initiated by liberal reporters from the left-leaning Times.

Though supporting transgendering young people has become a shibboleth for the American left, there is nothing “liberal” or “progressive” about medical malpractice and child abuse.

UPDATE:  And read this about the false claim that transgender medical treatment for 13-20 year olds reduces the rate of depression and suicide.  That was based on research that was misreported, then left uncorrected, as the researchers admit.

UPDATE:  A federal appeals court has blocked President Biden’s mandate that, under Obamacare, hospitals must perform transgender procedures, as well as abortions, even when they violate doctors’ conscience or medical judgment.

FBI Believed Mar-a-Lago Search Would Yield ‘Evidence of Obstruction,’ According to Affidavit

The Hidden Authority to Enact Everything Republicans Want

The plaintiffs, a religious hospital and group of over 20,000 health-care professionals, launched the lawsuit against the Department of Health and Human Services in August 2016 after the federal government mandated that most health-care providers perform and provide insurance coverage for such procedures.

The district court had determined that HHS could not interpret or enforce Section 1557 of the Affordable Care Act, which prohibits health-care programs that receive federal funds from discriminating against patients on the basis of sex, to compel Franciscan Alliance to insure gender-reassignment surgeries or abortions, according to the court filing. In May 2016, HHS expanded Section 1557’s definition of sex discrimination to include discrimination on the basis of “termination of pregnancy” and “gender identity.” Secretary of HHS Xavier Becerra appealed the district court’s ruling.

While Becerra’s appeal was pending, the Biden administration issued a “Notice and Guidance on Gender Affirming Care,” doubling down on its reasoning, which Judge Don Willett found on Friday to be flawed, that Obamacare mandates that hospitals perform gender-reassignment surgeries and abortions.

On Friday, circuit judges Jennifer Walker Elrod, Willett, and Kurt Engelhardt affirmed the decision of the district court that granted Franciscan Alliance a permanent injunction, barring the HHS from forcing it to provide gender-reassignment surgeries or abortions against its religious beliefs.

Why Transgender Extremism Is Worse in the United States

Earlier this month, Luke Goodrich, attorney with the Becket Fund who has been working on the case since the Obama-era rule was first issued, said in a call with reporters that if the plaintiffs had lost, the Biden administration would have declared “open season” on religious hospitals that object to gender transitions.

“If we lose, that means all these tens of thousands of religious doctors and hospitals all across the country are subject to massive financial penalties,” Goodrich said.

The plaintiffs were represented by Becket, which focuses on religious-liberty litigation. The ACLU joined in supporting the Biden administration as intervenor defendants. The ACLU argued that the district court erred in blocking the Biden plan because the Franciscan Alliance did not satisfy the irreparable-harm standard, or did not demonstrate that it would suffer injury without the plan’s being blocked.

“We have recognized that the loss of freedoms guaranteed by the First Amendment, RLUIPA, and RFRA all constitute per se irreparable harm,” the federal appeals court wrote Friday.

Send a tip to the news team at NR. 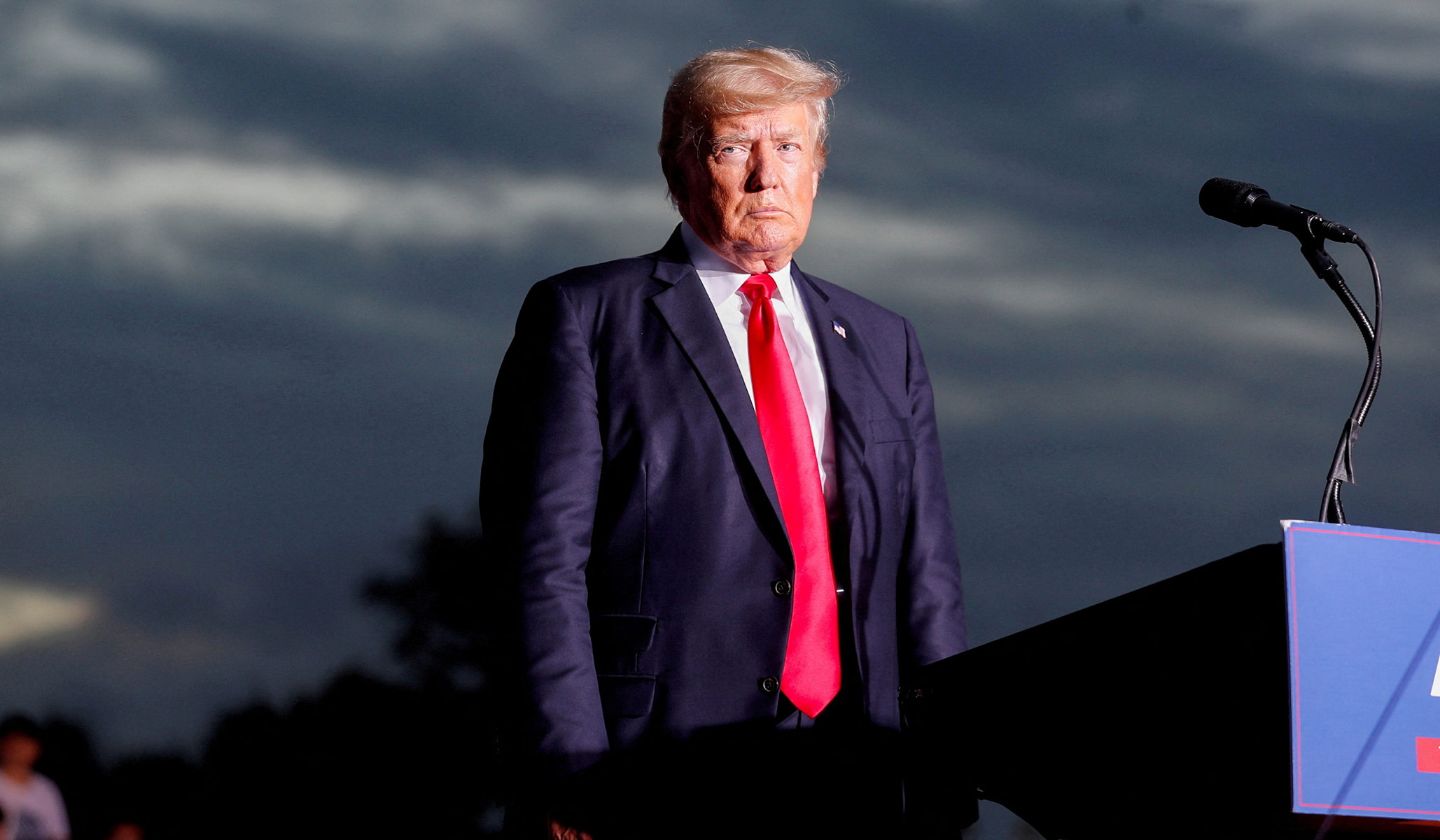 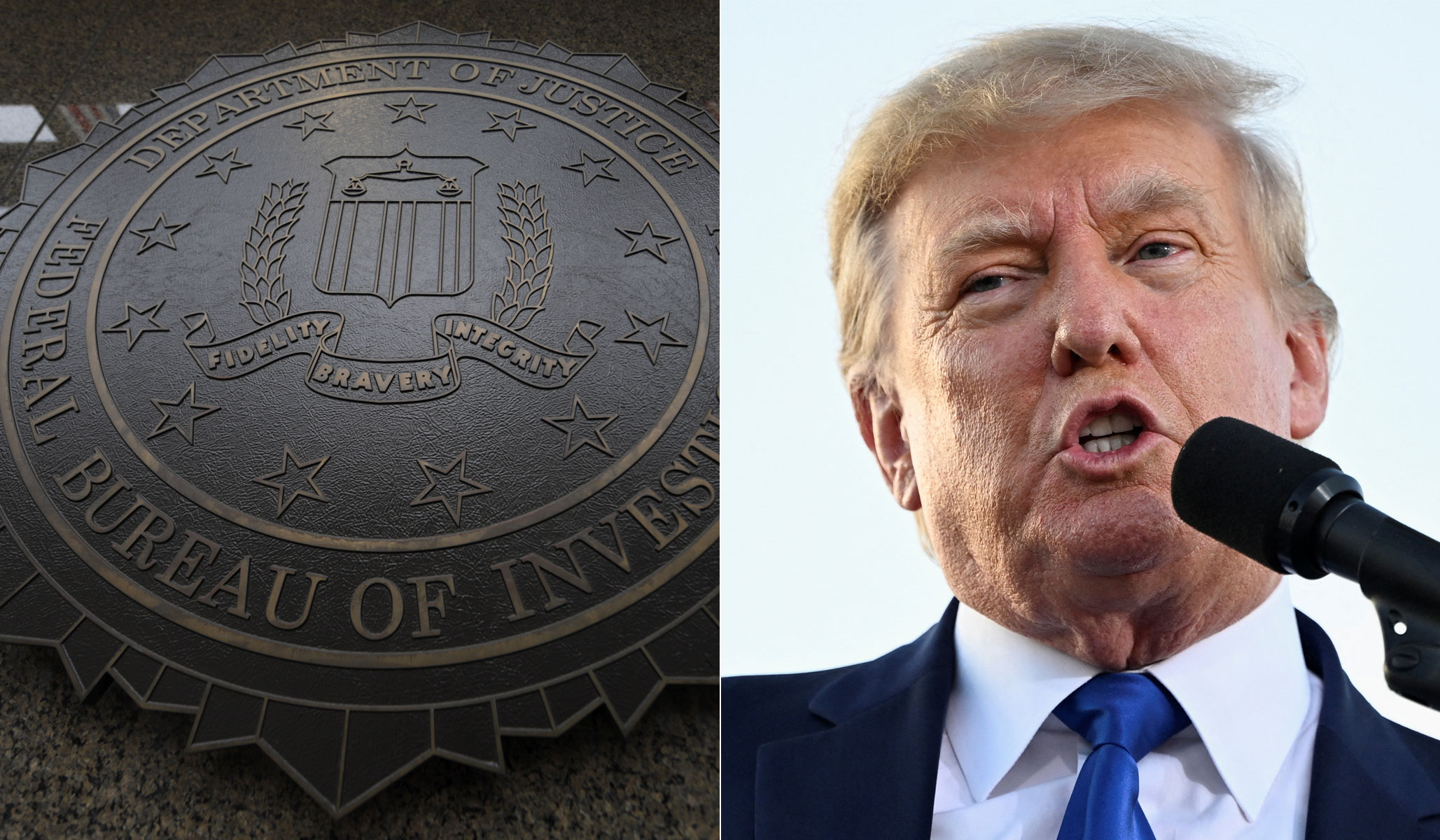 A Surprise Turn in the Trump Search-Warrant Case 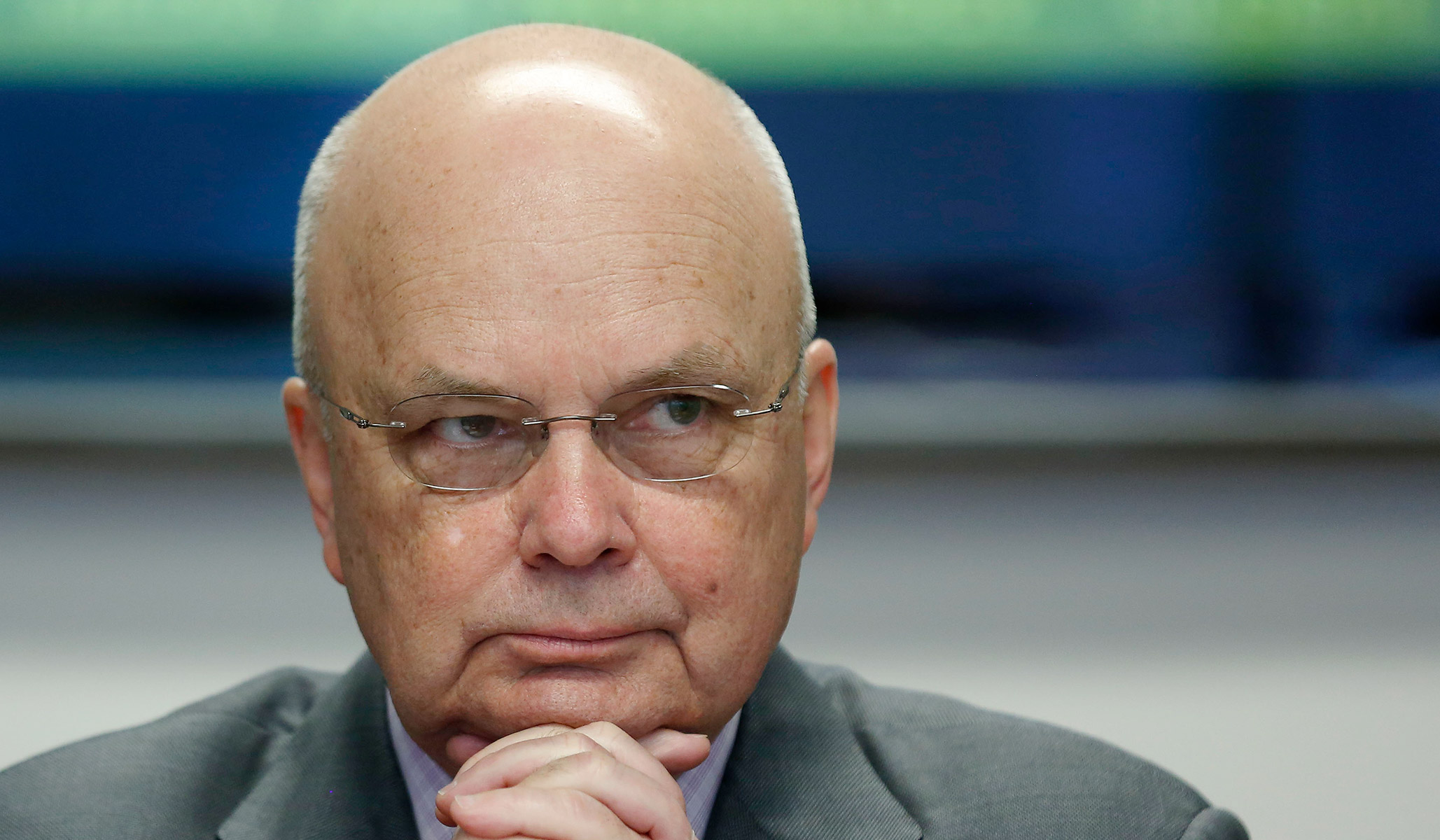 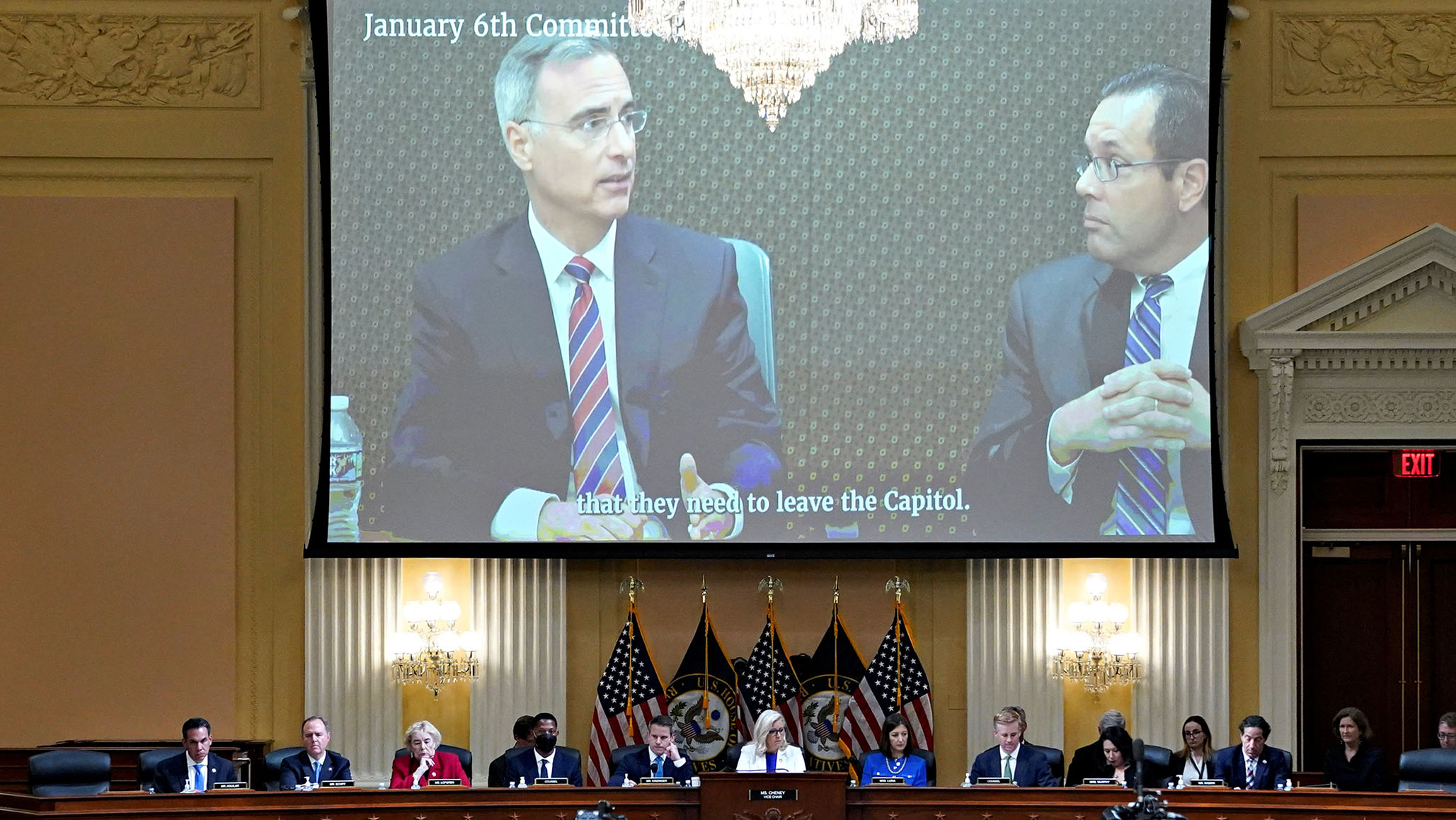 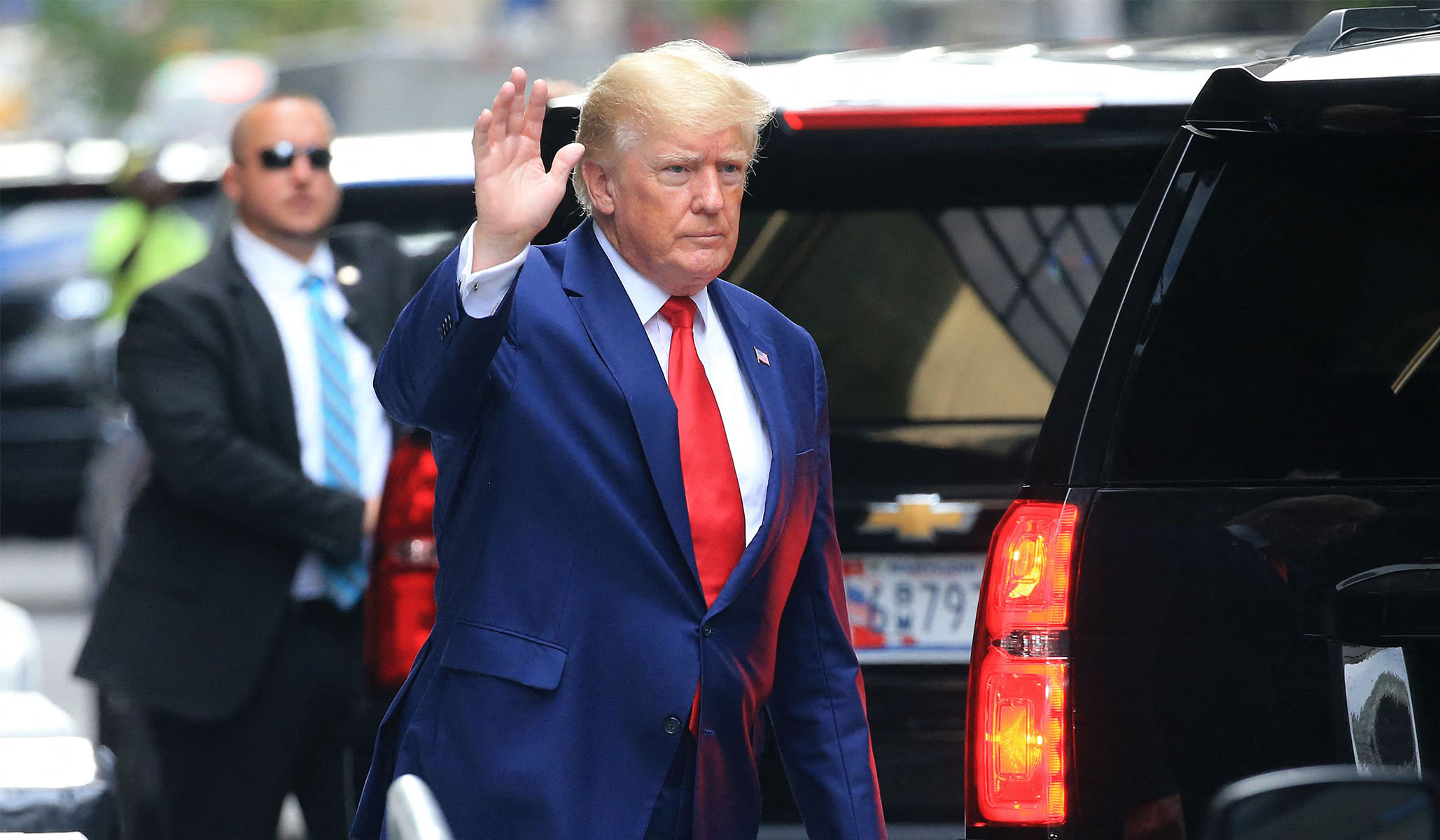 The Trump-FBI Whodunit Only Gets More Embarrassing 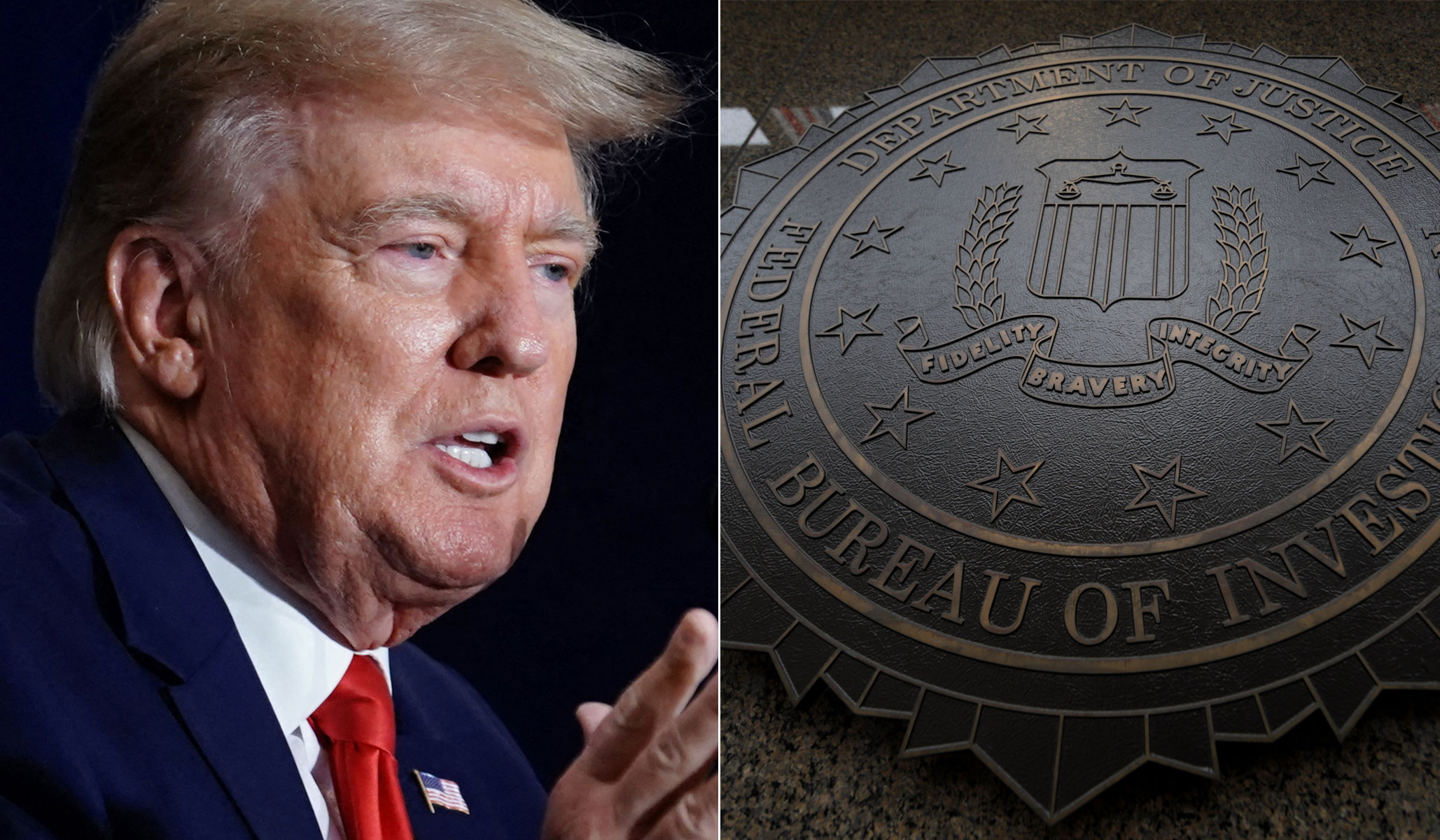 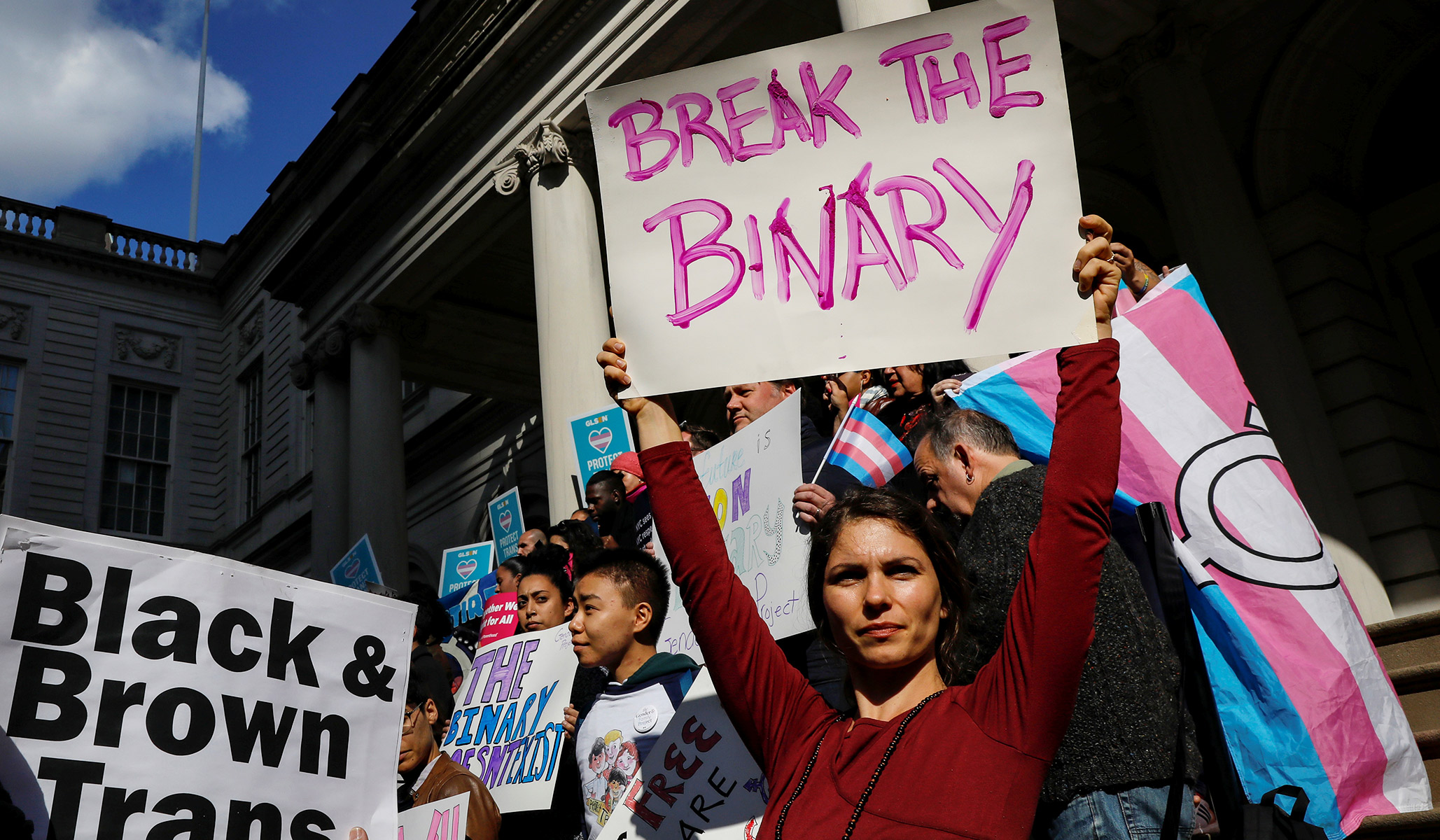 Why Transgender Extremism Is Worse in the United States 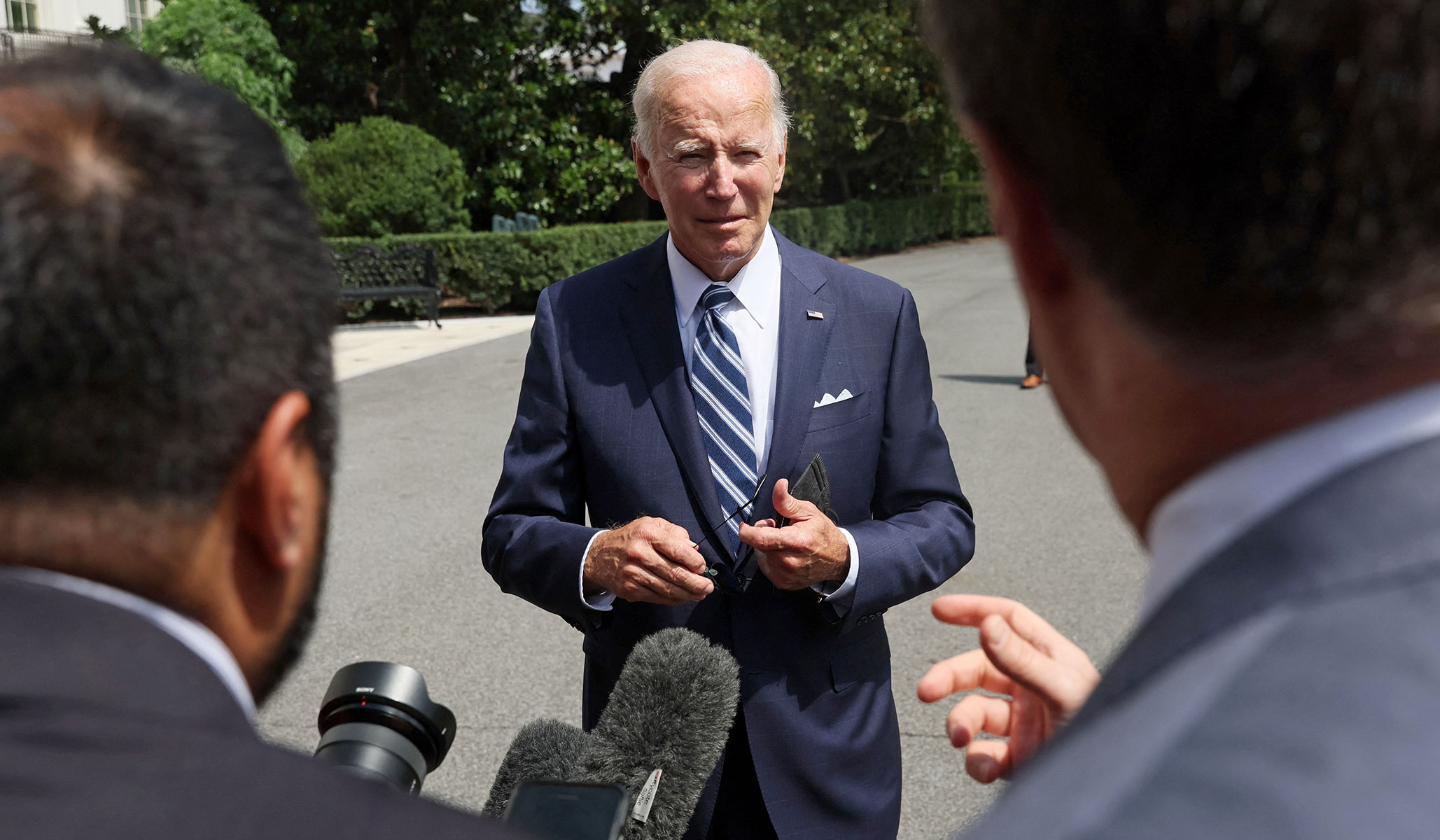 The New Politics of Bifurcation 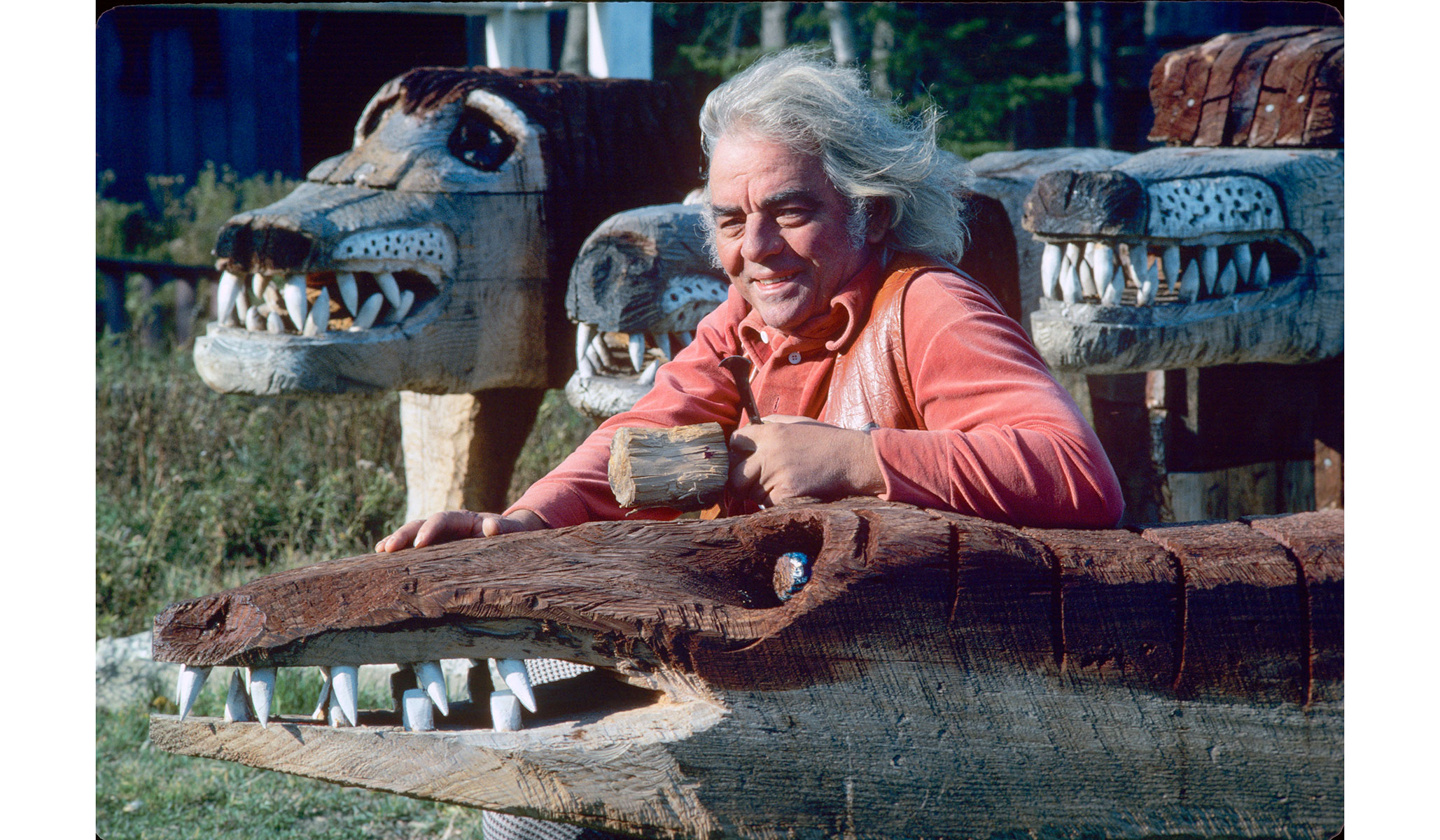 The Langlais Sculpture Preserve in Maine Pays Tribute to a Visionary 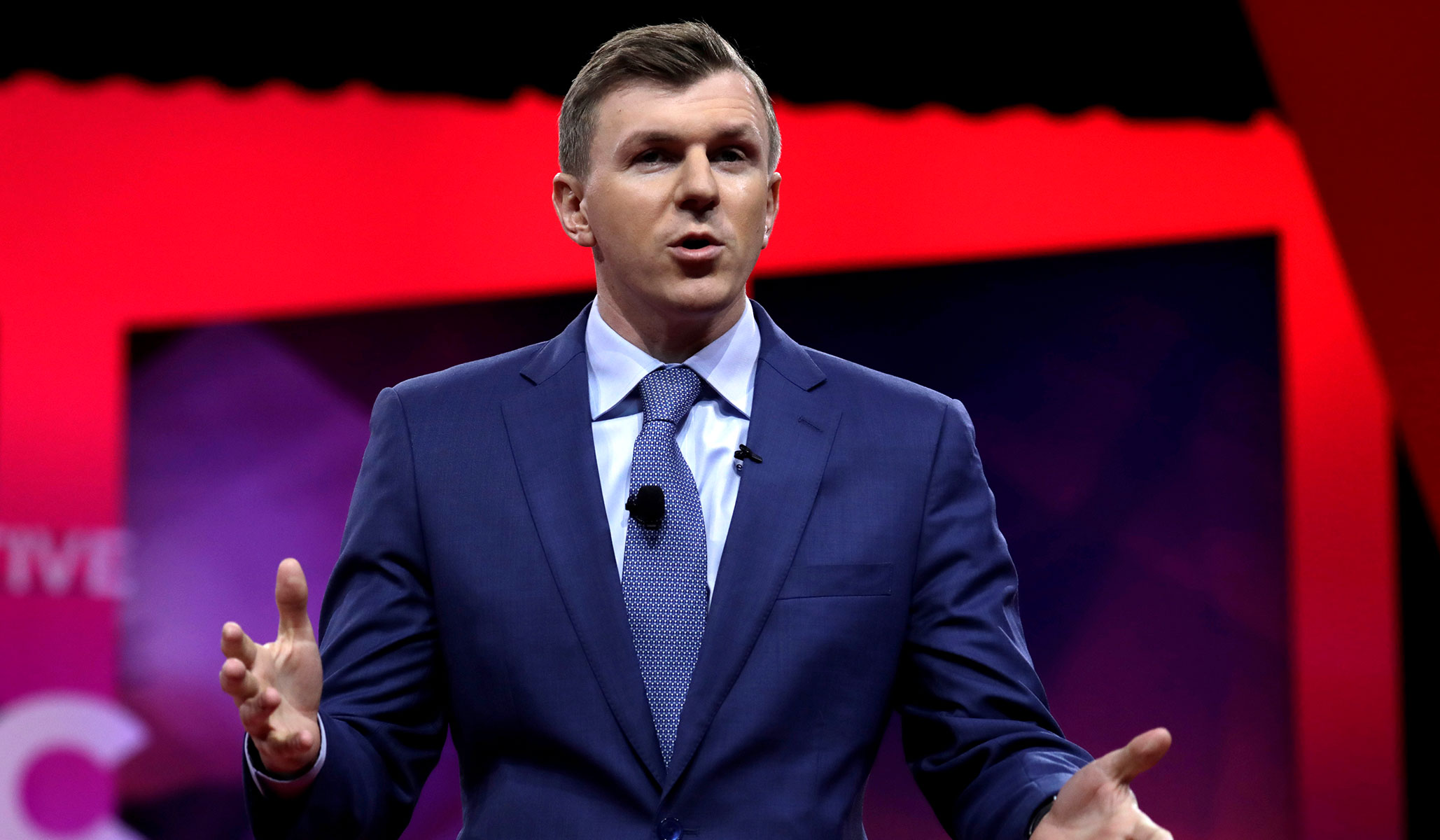 The Plot Thickens in the Case of Ashley Biden’s Diary 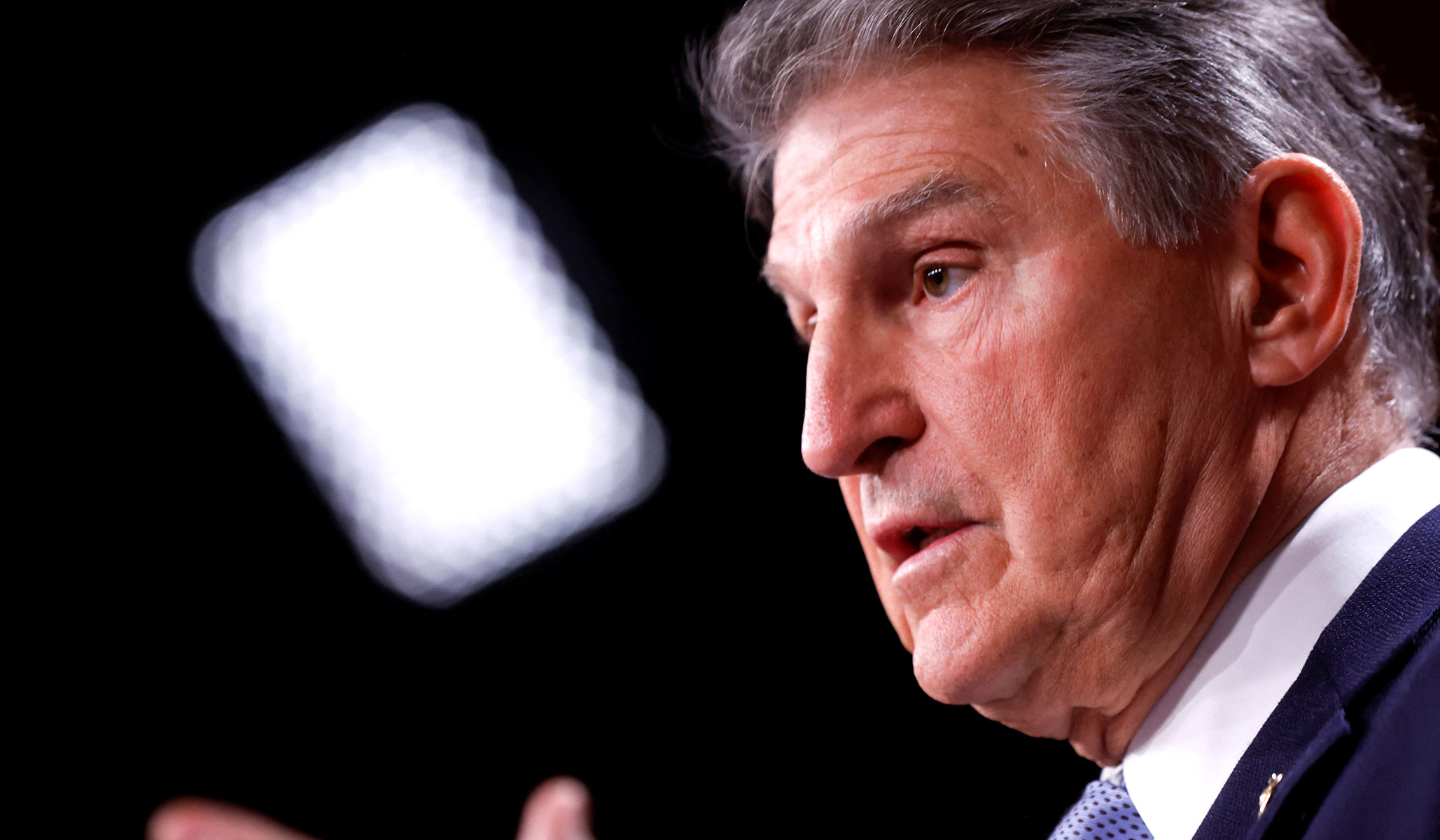 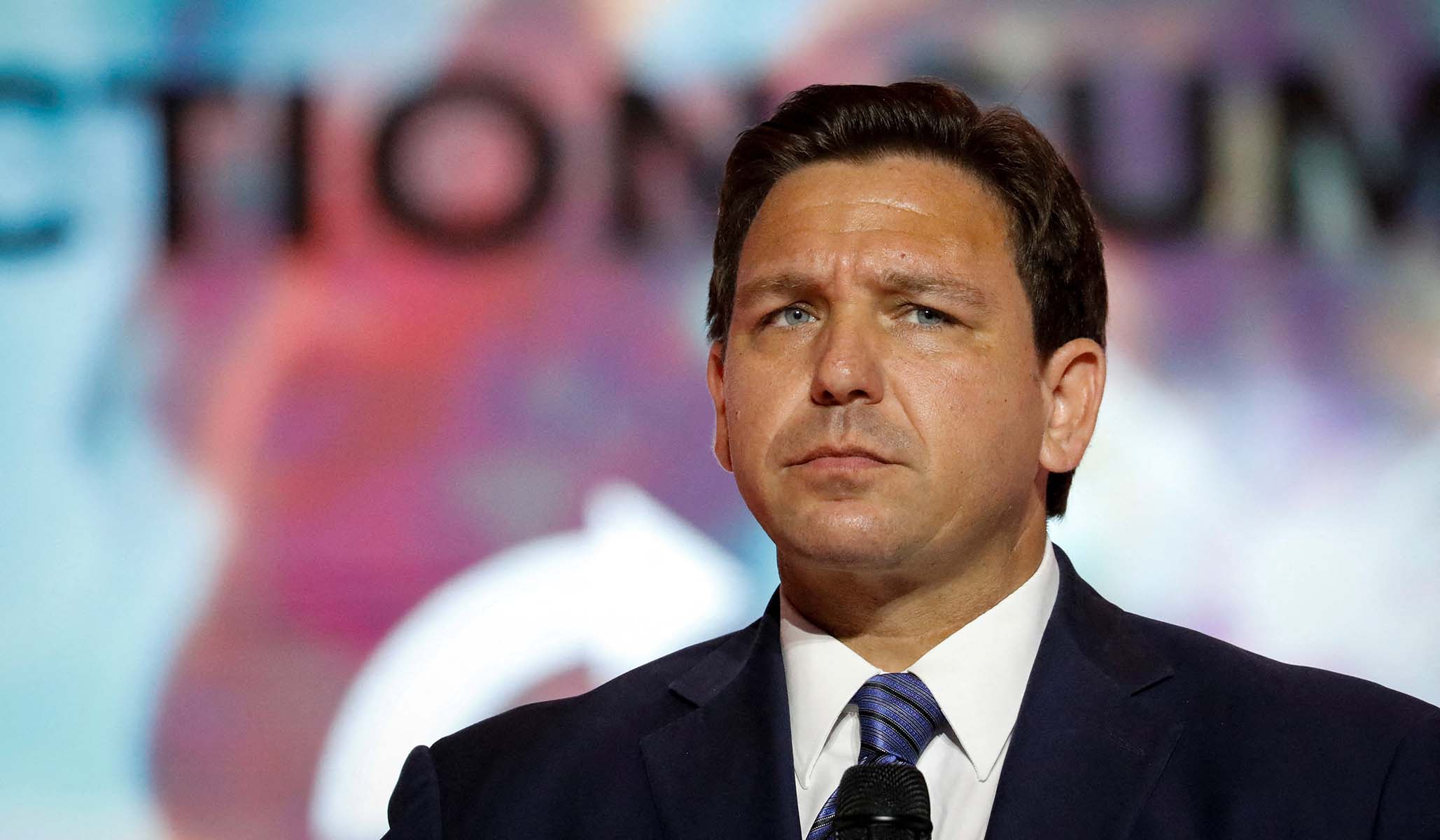 FBI Believed Mar-a-Lago Search Would Yield ‘Evidence of Obstruction,’ According to Affidavit

The Hidden Authority to Enact Everything Republicans Want

A Long Goodbye to Trump

August 26, 2022
DISCUSS: Is Democracy in the USA Being Threatened?
Next Post 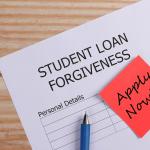 August 29, 2022 The Inflation Expansion Act
Recent Comments
0 | Leave a Comment
"I’m thinking 1 Corinthians 11 might give some insight into the issue of the confusion ..."
Jeremiah Oehlerich Technology and Materialism
"For me, reading “On Christian Liberty” was a definitive read. Have reread it a couple ..."
Jeremiah Oehlerich DISCUSS: Books That “Set You on ..."
"The Complete Timotheus Verinus, by Valentin Ernst Loescher. Available through NorthWestern Publishing House.one reviewer wrote: ..."
MarkB DISCUSS: Books That “Set You on ..."
"Most folks in our cultural west are starved for hands-on accomplishment. We are naturally fascinated ..."
saddler Technology and Materialism
Browse Our Archives
Related posts from Cranach