The Significance of the Fireplace 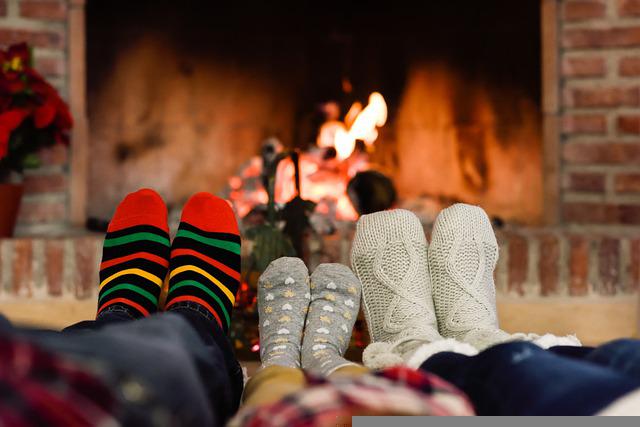 We learned that our chimney needs repairs before we can use our fireplace this winter, forcing us to consider whether or not we really need one.  Whereupon I came across this essay by Paul Kingsnorth, the radical environmentalist novelist turned Orthodox Christian and culture critic, whom we have blogged about.

He and his family currently pursue a simple lifestyle in rural Ireland.  He complains that the Irish government has launched a crusade against fireplaces, on the grounds that burning wood puts too much carbon into the air and thus contributes to global warming (never mind that automobiles, industries, and even the infrastructure for the internet contribute far more).

This leads him to making the point that the Latin word for fireplace–or hearth–is “focus,” which is where we get our English word “focus.”  The point is that the fireplace–or hearth– was the “focus” of the home.  Our ancestors sat around the fireplace, looking into the fire.  The hearth provided warmth and thus protection from the cold outside.  It also provided food, which was cooked on the fire.  While focusing on the fire, families would also converse, tell stories, and sing.  We still get a trace of that when we go camping and sit around the fire, singing “campfire songs” and telling ghost stories. It also gave light in the darkness.

Today, Kingsnorth argues, our homes lack “focus.”  So do most people.  We lack a “center.”  Here is what he says about it, from his essay The West Is Homeless:

In his short essay “Fireside Wisdom”, the uncategorisable John Michell suggested that the “displacement of the hearth or fireplace” from the home was one of the many reasons for the craziness of the modern world which his life had been spent playfully exploring. The fireplace at the centre of the home, he wrote, was both an ancient practicality and a device of “cosmological significance” across cultures and time: “Conversation is directed into the fire while dreams and images are drawn out of it.”

In the past, the act of sitting staring into the smoky fire with family or neighbours was the genesis of the folk tale and folk song which tied the culture together. Now we stare at digital fires hemmed into boxes manufactured by distant corporations who also tell us our stories. No song we can dream up around a real fireplace can compete with what these boxed fires can sell us. “Thus,” wrote Michell, “the traditional cosmology is no longer represented by its domestic symbols, and a new, secular, restless, uncentred world-view has taken its place.”

Focus, Michell explained, is “the Latin name for the central fireplace. The fire not only warms but, as a symbol, illuminates the corresponding images of a centre to each of our own beings and of a world-centre which is divine, eternal and unchanging.” Lose your fires, and you literally lose your focus as a culture. In this context, a government spokesman telling his population, as one minister here recently did, that they should “get over” their “nostalgic” attachment to the hearth fire and install ground source heat pumps instead is more than just a nod to efficiency. It is an assault on what remains of the home and its meaning. It is an attack on the cultural — even the divine — centre.

Today, of course, our living rooms do have a “focus,” which all of the chairs are turned to and which everyone stares at:  the video screen.  Then again, in many families, each member has his or her own screen, a TV in everyone’s bedroom or a personal computer screen on everyone’s lap.  Thus, they have their own personal “focus.”  Though sometimes families still gather around the communal flat screen TV in the living room for sporting events, movies, or other communal programming.  That can still be valuable, but it isn’t the same as the ancient “focus.”

What will be the difference between the focus being the fire that gives warmth and nourishment to the family and the electronic screen?  I like the way Kingsnorth describes them, as fire boxes of a different kind:  “digital fires hemmed into boxes manufactured by distant corporations who also tell us our stories.”

To be sure, the “hearth” is technologically obsolete.  We have all-electric kitchens to cook our food, central heating to keep us warm, electric lights to banish the darkness, video screens to tell us stories and let us watch other people singing, and computer screens to convey what information and wisdom we have.

Conversely, you don’t have to have a fireplace to “center” your home and your life, not if you have God.  And, no, Kingsnorth’s essay wasn’t a factor in our decision to fix our chimney.

But he goes on to make an even bigger point, about the disintegration not just of the family but of the “home.”  We’ll get into that topic tomorrow.

Image by s-wloczyk2 from Pixabay