A Global Study of Religion & Media 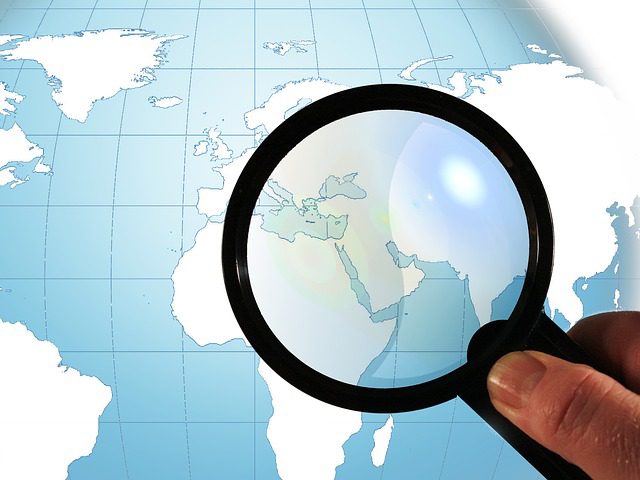 The Faith and Media Initiative has conducted a massive study of how religious different countries are and how the media in the various nations of the world cover religion.  It discloses some surprises about particular countries and uncovers a theme common to both religious and less-religious nations:  journalists just don’t know how to cover religion, even though their publics want them to.

According to the report of the findings, entitled The Global Faith and Media Study: A Groundbreaking Study of Attitudes and Perceptions Regarding Faith and Religion in the Media, the researchers surveyed 9,489 adults in 18 countries on six continents to create a profile of how “religious” each country is.  They also conducted in-depth interviewers with some 30 journalists in 17 countries  about their coverage of religion.

The research into world religion is one of the largest and most ambitious studies of its kind.  Researchers asked respondents, among other things, “To what degree do you consider yourself to be a person of faith, with 1 being not a person of faith at all and 7 being a strong person of faith?”  They then created an index, giving the percentage of respondents who are “highly faithful/religious,” “middle of the way,” and “secular.”

The most religious countries turned out to be Nigeria (with 94% saying they were “highly faithful/religious”), India (90%), South Africa (82%), the United States (71%), and China (69%).  [The report bases these measures also on the percentages in the other categories, which are also in the report.  For convenience, I’ll just give the “highly religious” percentage of the populations.]

Thus, according to this data, China is nearly as religious as the United States! And it is evidently one of the most religious countries in the world!   Even though the government is officially atheistic and vigorously restricts and persecutes religion!  This to me is astounding.

China has been home to many religions–especially Confucianism, Taoism, Buddhism, and folk religions, as well as Islam and Christianity.  Confucianism and Taoism are usually described more as philosophies of life, as opposed to systems of spirituality.  I suspect lots of those 69% of Chinese who describe themselves as “highly faithful” are underground Christians.

These five most religious nations are, for the most part, religiously diverse, often with the different religions contending against each other violently.  This is certainly true in Nigeria, where Muslim attacks against Christians have become commonplace.  In India, the Hindu majority is often in open conflict with its Muslim and Christian minorities.  In China, the conflicts come from the outside, from the hostile government.  The United States offers a religious smorgasbord, with most religions getting along for the most part.  South Africa is probably the most homogenous, with 84% professing Christianity.

Three of these most religious nations (Nigeria, India, and China) are also on the list of the Top 50  Countries Where It’s Most Dangerous to Follow Jesus.

So the two officially Muslim nations in the study, the United Arab Emirates and Egypt, are among the least religious and the most secularist (53% and 50%, respectively)?  Again, I am astounded.  The Islamic revival must not be as successful as we have assumed.

Otherwise, the data suggests what has often been reported, that Western Europeans, including those who live in the southern hemisphere, have become highly secularized, whereas religion–including Christianity–is booming in the developing world.

Yet these not-so-religious countries have a majority of “highly religious” citizens.  And even the most “secular” nations have   significant minorities of  highly religious citizens, from nearly a third to two-fifths of their populations.

Overall, according to the study, “82% of global respondents define themselves as religious, spiritual, or a person of faith”

• 74% affiliated with a specific religion / denomination

• 72% believe in God or other deities

• 35% identified as a person of faith

That’s a lot; indeed, it’s most of the world.  Though secularism seems to be ascendant in the West, we are the outliers.

The Media and Religion

Whether the respondents were “highly religious,” “middle of the way,” or “secular,” across all nations and across all cultures, there was wide-spread agreement that the media in each of their countries largely ignore or distort religion.  And the entire spectrum wants the media to do a better job of covering religion.

Other complaints about media coverage of religion are that the media actively ignores religion instead of addressing it appropriately (53%, with secularists being more concerned with this than the other categories at 58%); and that when the media does report on the topic, they perpetuate religious stereotypes (with remarkable agreement across the board:  61% “highly religious”; 62% “middle”; and 60% “secular”).  Not only that, 78% agree that religious stereotypes should be given the same attention and disapproval as racial and gender stereotypes (again, with remarkable agreement across the board:  76% of the highly religious believe this, with a greater percentage, 78%, of “middles,” and an even greater percentage, 79%, of secularists).

The interviews with journalists do show the difficulty of covering religion.  Secularist journalists don’t know enough about the subject, while religious journalists are leery of writing about their faith lest they get accused of bias or damage their reputation among their colleagues.

Also, religion is a fraught topic, and many journalists say they “fear” covering it, since there are so many nuances that they might get it wrong and offend one group or another.

The religious stories that get the most coverage, the journalists admit, are those that put religion in a bad light.  “Editors almost never encourage stories [about religion] unless they correspond to a narrative of controversy, dissent or scandal.”  This, in turn, as the journalists admit, ends up in stereotyping, which “drives the tendency to seek out outspoken dogmatic spokespeople over more middle-ground religious observers with mainstream views.”

Indeed, I suspect even here in the United States, few pastors will be happy if a reporter shows up at the church office.  And why should a reporter cover what happens at church, unless it is a scandal of some kind?  Religion isn’t “news,” as such.  It is “ordinary” in the best sense, a matter of worship and devotion in the course of everyday life. Moreover, faith is inward,  focused on transcendent, spiritual realities.  Nothing to see here.

And yet, churches and other religious entities are nearly always involved in works of mercy and transformed lives.  These can be moving, revealing, and dramatic.  Telling about them could make for good stories.  And if the general public knew about them, the reputation of religion would be enhanced, dehumanizing stereotypes would be cast down, and journalists would portray a more complete picture of their communities.

Read the Faith & Media Initiative study for more that is worth reading and thinking about.

September 29, 2022 How the Fed--and the Feds--Messed Up Our Economy
Recent Comments
0 | Leave a Comment
Browse Our Archives
Related posts from Cranach