Yesterday we blogged about the revival of animism, as practiced by pre-modern tribal cultures.  The day before that we discussed a medical school oath in which future doctors pledged to honor “indigenous healing practices.”

We generally think of ourselves and our modern society in terms of “progress.”  From our earliest days, we have “advanced” to ever higher levels.  Scholars in the 19th century studied how we have “evolved” from a “primitive” state to higher and higher forms of “civilization.”

We don’t have to buy into the evolutionary assumptions of that kind of scholarship, nor do we have to denigrate our earlier stages, but there would seem to be some truth to that paradigm.  For example, it would seem to hold true for our technological development.  And certainly the history of the West is one of continual change, which has, for the most part, meant an improvement of human life.

Consider what we have been discussing about animism.  Nineteenth and early twentieth century historians of religion saw animism as the earliest form of religion.  Early human beings–along with “primitive” societies today–believed that animals, plants, places, and natural forces all had “spirits” that needed to be placated and that could be manipulated for one’s purpose.  The next stage was polytheism, as in the more sophisticated cultures of Greece and Rome, in which the spirits were personified as human-like deities.  The next stage was monotheism, brought to us by Jews and Christians, who posited the existence of only one transcendent deity and who added the concept of transcendent moral principles.  This was thought, even by unbelieving scholars, to be a genuine advance over the amoral gods of polytheism.

Some scholars saw Christianity as also evolving, from the pagan-influenced early church to the sophisticated organization of Roman Catholicism and finally to the simpler individualism of Protestantism.  Many early historians of religion stopped there, but some went on to see a higher religion in the rationalism of Deism, and, finally, to the realization that human beings can be their own deities.

Meanwhile, progressive theologians in each Christian tradition–from the Catholic theologians of Vatican II (which was convened 60 years ago on October 11) to the liberal theologians of Mainline Protestantism–taught that Christianity must change according to the times.

We orthodox Christians bridle against that kind of analysis, which ultimately rejects the truth of God’s revelation.  This is “Modernism,” which reduces all reality to materialism and which accepts nothing that science cannot prove, thus ruling out by definition any kind of supernatural truth.

Interestingly, Postmodernists also reject that paradigm.  To dismiss tribal societies as “primitive” is, in fact, racist.  It puts us white Euro-Americans, with our technology and our science, at the apex of “civilization,” ignoring that indigenous people also had civilizations of their own, before they were effaced and oppressed by Western imperialism and colonialism.

All cultures are equally valid, said the early postmodernists.  Indigenous people, whether in Africa or Australia or America, have civilizations and thought forms that may even be superior to those of modern Western oppressors, who would do well to learn from them.

With this late postmodern vogue of animism, we are, according to the canons of progressivism, going backwards, to the earliest form of religion.  We are not evolving to a non-religious secularism; rather, we are devolving into some of the earliest forms of spirituality.

We are devolving away from an advanced democratic political system into tribalism, based, once again, on ethnic, racial, or–this is new–sexual identity.  Our thinking is no longer rational and universal; rather, it has to do with the interests of our tribe.  Meanwhile, both the left and the right are arguing against “liberal” democracy, hoping to return to rule by some “strong man” or by an aristocratic elite.

As our society jettisons sexual morality and the institution of the family, we are reverting to what Enlightenment-era modernists called “a state of nature.”  We try to fulfill our lusts, impose our power, and compete against others with the same goals.  That was the way it used to be, according to 18th and 19th century thinkers, until our passions were channeled into more productive directions, by the invention of the family, the ordering power of the state, and the internalization of moral principles.

But what about technology?  Surely in that we are “advanced”!  Well, yes.  But could it be that our technology is also enabling our primitive impulses?

Marshall McLuhan, the major theorist of our media and information age, predicted the rise of the “global village.”  We would all become electronically connected, which would mean that we would become “villagers” again.  Consider, for example, how social media, while binding us together, also subjects us to peer pressure, social conformity, and the loss of the Enlightenment-era ideal of personal liberty, all in a way that goes far beyond the capabilities of small town gossip and even tribal policing.

McLuhan went further, foreseeing a reversion to pre-literate sensibilities, in which we will be dominated by images, with their immediate emotional impact, rather than language, with its rationality and capacity for thought.

Again, we orthodox Christians reject both progressivism and primitivism.  But it is surely significant than even the “progressives” may not be progressive. 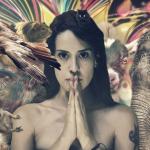 October 21, 2022 DISCUSS: What Will Future Generations Think of Us?
Recent Comments
0 | Leave a Comment
Browse Our Archives
Related posts from Cranach