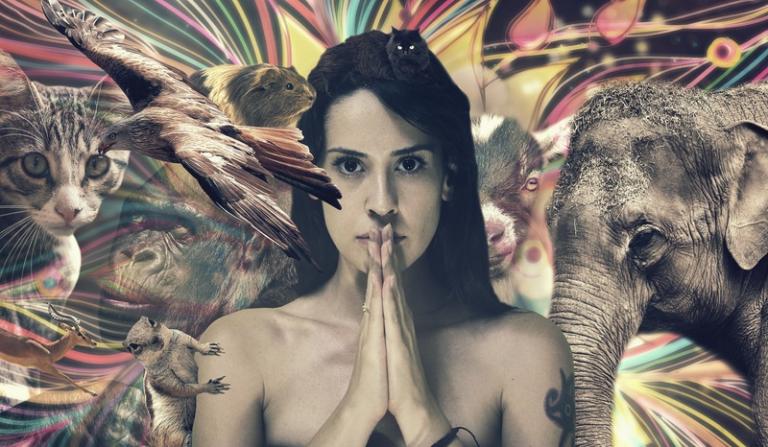 The latest rage among those who are “spiritual but not religious” is animism.  That is the religion associated with what used to be called “primitive tribes,” the view that animals, plants, bodies of water, and natural forces are animated by spirits, which must be placated and worshiped.

Yesterday we blogged about medical students who vowed to honor “indigenous ways of healing”; that is to say, the natural remedies and incantations as practiced by animistic healers.  You may remember how the city of Toledo, Ohio, in a 2019 referendum that won 61% of the vote, proclaimed that Lake Erie was legally a “person” with “rights” that should protect it from industrial pollution.  New Zealand, India, Columbia, and Bolivia have passed laws defining rivers as persons.  Ecuador has affirmed the rights of “Mother Nature” in its constitution.  Then there are the various lawsuits maintaining that elephants, chimpanzees, and other animals should be considered persons, an effort that has not so far borne fruit in the U.S. but that has had some success in the European Union, India, and South America.  A child in the womb is not a person, according to many of these advocates, but an animal or a river is.

This is more than an environmentalist or animal welfare tactic, though no doubt some supporters think of it that way. But behind it is a serious attempt to revive the animist worldview.  It includes a critique of the Biblical notion that human beings have been given “dominion” over the earth.  From an article on the “new animism,” religion scholar Justine Buck Quijada:

In 1967, historian Lynn White Jr., himself a devout Christian, argued that the world’s environmental problems came from Christian dominion theology. In this reading of the biblical account of Genesis, humans are the only part of creation that is made in the image of God, which is usually interpreted to mean that humans, unlike all else in creation, have souls.

This theology gives humans – through Adam and Eve – dominion over the Earth. White argued that through its creation story, Christianity set up a dichotomy between inanimate matter and animate spirit that lifts humans above creation and turns the rest of the world – from animals and plants to rocks, soil and water – into “resources” to be used. . . .

But the “new animism” is not just an intellectual argument employed by environmental activists.  People are embracing the religion on a personal level.  Kyle Pearce, in Spiritual Ecology and the Living, Breathing World of Animism, offers a personal testimony about how he came to animism and describes its tenets and practices.  For example, he writes,

The practice of Animism involves developing an embodied connection with the natural elements that give us life, as well as a heartfelt relationship with the other living creatures in the web of life.

At its core, the practice of Animism is about cultivating a perception of reality that goes beyond the compulsive labelling, comparison and judgement of the analytical mind.

Nature becomes much more alive to our senses when we begin to explore the world with more child-like lenses and expand our awareness beyond the limitations of language and the preconceptions of the analytical mind.

Delving into the practice of animistic perception through forest meditation and mindful awareness practices can help to foster an intuitive knowing of our interconnection and kinship with all living beings.

All living things we experience through our senses breathe and create subtle electromagnetic fields that we can interact with through our hearts.

This “new animism,” of course, is not the same as the actual animism practiced in tribal societies.

Real animists are oriented to fertility–placating the spirits so that the crops grow, the animals multiply, and, above all, that their families have children.  We moderns are fixated on sex, but seek to render sex infertile–by abortion, contraception, homosexuality, and pornography–with many of the most devoted environmentalists calling on human beings to stop having children.  That would be incomprehensible to traditional animists.

Animists do respect animals, but, unlike their modern emulators, they do not particularly promote animal welfare.  Indigenous people may pray to the spirit of the buffalo and give thanks to the spirits of the animals they kill, but they do kill and eat them.

Animists often offer blood sacrifices to the spirits in an attempt to influence them to their will.  These sacrifices are usually animals, but human sacrifices grow out of this same worldview.

Also, animist societies are extremely conservative.  This is why they exist almost unchanged since time immemorial.  Their social customs are also considered to be bound to the sacred natural order, which means they cannot be changed.  This manifests itself in strict social controls, in which ancestral ways are repeated exactly from generation to generation.  This manifests itself in rigid roles for women, revenge codes that glorify warfare, and a host of strict restrictions on personal behavior.  None of this is “progressive.”

In fact, animism–along with other contemporary trends–is regressive, as we’ll discuss tomorrow. 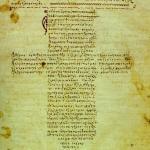 October 18, 2022
The Hippocratic Oath vs. the New Medical Oaths
Next Post 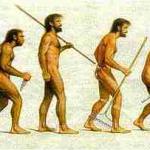 October 20, 2022 A Civilization Racing Backwards
Recent Comments
0 | Leave a Comment
"Reg, I don't think we have any real disagreement here. My point is to challenge ..."
David N. Gray Making Birth Free
"I am all in on option 1. (BTW can you get behind the payroll by ..."
reg Making Birth Free
"I think the key to changing hearts, and this is what really needs to change, ..."
MarkB DISCUSSION: Being Pro-Life After Roe v. ..."
"Nationally, about 12% of American women of childbearing age have no heath insurance. Some state ..."
Amaryllis Making Birth Free
Browse Our Archives
Related posts from Cranach