“Ridicule Is Man’s Most Potent Weapon” 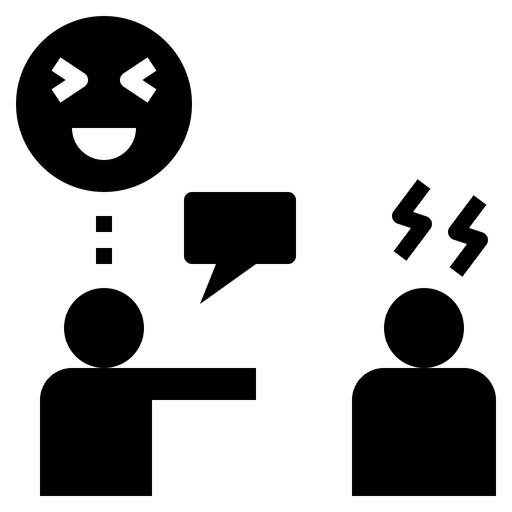 So it’s little wonder that Saul Alinsky’s Rules for Radicals:  A Practical Primer for Realistic Radicals, the textbook for hard-left activists of the 1970s, is being invoked in conservative circles.

Ridicule is man’s most potent weapon. There is no defense. It is almost impossible to counterattack ridicule. Also it infuriates the opposition, who then react to your advantage.

Kirkorian is writing about how Texas governor Greg Abbott and Florida’s governor Ron DeSantis have been sending some of the illegal immigrants pouring into their states to affluent liberal enclaves that have declared themselves “sanctuary cities,” meaning that they will not cooperate with law-enforcement trying to enforce our immigration laws.  The outrage expressed in these woke communities over having to actually extend such sanctuary has become the occasion for universal ridicule.

Especially funny was the reaction of the wealthy progressives when DeSantis sent 50 undocumented border-crossers to their  vacation playground of Martha’s Vineyard.  Despite a host of empty holiday mansions, the residents–after feeding them one meal and saying how enriched they were by their presence–immediately sent them to an army base on Cape Cod.

And just as Alinsky said, such ridicule “infuriates the opposition, who then react to your advantage.”  DeSantis was accused of kidnapping, human trafficking, and being a Nazi.  The indignation of these upper-class elitists over having to deal with a mere 50 immigrants, when small, poor, working class border towns are having to deal with thousands every day, was unintentionally hilarious.  And it made a strong point about the necessity to do something about our uncontrolled borders.

It occurred to me that ridicule has become one of our major modes of political discourse.  Conservatives are now quite good at this.  The late Rush Limbaugh was a master, and in his wake “owning the libs” has become a popular sport.  There are so many easy targets–the transexual movement, political correctness, woke ideology, liberal hypocrisy, President Biden’s senior moments, and on and on.  Progressives, though, do it too, ridiculing President Trump, making fun of his “deplorable” supporters, mocking religious people.

Today’s political campaigns are often exercises in ridicule, with one candidate ridiculing the other, who then responds with ridicule of his own.  (Note, for example, the Senate race in Pennsylvania between John Fetterman and Mehmet Oz .)  We have a new word for this political tactic:  trolling, a word adapted from obnoxious behavior on blogs and social media.

In fact, ridicule and manufacturing outrage seem to be about the only two rhetorical strategies out there.  I’m not seeing too much policy analysis or logical reasoning.

Our ancestors knew the effectiveness of ridicule.  Satire, according to the ancients, worked by ridiculing vice.  A poem or play that mercilessly mocked an adulterer or drunkard or corrupt politician was thought to inspire good behavior, since even bad people are ashamed to be laughed at.  Also, audiences can be taught through humor to hold bad behavior in contempt.  Unfortunately, today, satire often ridicules virtue.  And audiences are taught to hold good behavior in contempt.

Elijah mocked the prophets of Baal (1 Kings 18:26-28), and God Himself laughs and holds in “derision” the nations that rage, the peoples who plot, and the earthly rulers who take counsel  “against the Lord and against his Anointed” in order to break away from His rule (Psalm 2).  Like nations, peoples, and rulers are doing today.

My sense is that ridicule–which is a staple of bullying–might persuade the crowd that is made to laugh, but not so much the person being ridiculed, who is simply made angry and put on the defensive.  Still, people will do a great deal to avoid being ridiculed, especially by peers with whom they want to belong.

I would venture to say that fear of ridicule is a major reason individuals abandon Christianity.  We would do well to train young Christians not only in apologetics and in being able to see through the arguments against their faith.  We also need to teach them how to handle ridicule.

October 4, 2022
How Lutheranism Shaped the "Nordic System"
Next Post

October 6, 2022 "Religion Stands on Tip-toe in Our Land"
Recent Comments
0 | Leave a Comment
"I’m thinking 1 Corinthians 11 might give some insight into the issue of the confusion ..."
Jeremiah Oehlerich Technology and Materialism
"For me, reading “On Christian Liberty” was a definitive read. Have reread it a couple ..."
Jeremiah Oehlerich DISCUSS: Books That “Set You on ..."
"The Complete Timotheus Verinus, by Valentin Ernst Loescher. Available through NorthWestern Publishing House.one reviewer wrote: ..."
MarkB DISCUSS: Books That “Set You on ..."
"Most folks in our cultural west are starved for hands-on accomplishment. We are naturally fascinated ..."
saddler Technology and Materialism
Browse Our Archives
Related posts from Cranach