How Lutheranism Shaped the “Nordic System” 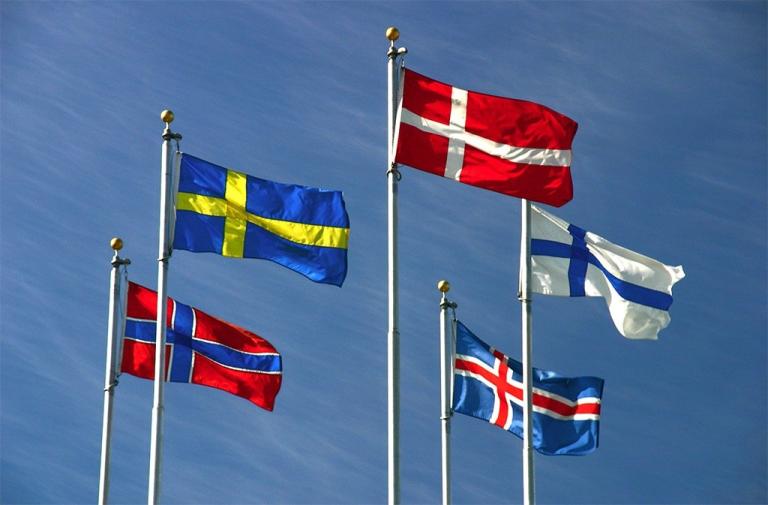 As we were discussing the Scandinavian economic system and the Lutheran perspective on politics, I stumbled upon a fascinating article, which led me to some other fascinating scholarship on the Lutheran influence on the distinctive Nordic combination of individualistic capitalism + a generous welfare state funded by high taxes.

The article is by Mads Larsen of the University of Oslo and is entitled The Lutheran Imaginary That Underpins Social Democracy.

The word “imaginary,” as a noun, is a term in the social sciences meaning “the set of values, institutions, laws, and symbols common to a particular social group and the corresponding society through which people imagine their social whole.”  We might say, using a more familiar term in Christian circles that means about the same thing, “world view.”

It has been said that if you want to look for Lutheran influence, we should look not to Germany–which was home not only to Lutherans but also Catholics, Calvinists, and Union churches that forced Calvinists and Lutherans together at the expense of both of their distinctives, as well as many other religious groups.  But in Scandinavia, for centuries after the Reformation, Lutheranism was just about the only form of Christianity that the Nordic monarchs allowed.  So the distinctly Lutheran cultural influence can be seen.

Larsen discusses the success of the Nordic model and how many Americans admire it, while confusing it with socialism.  But he says that it is not easily exportable because it is grounded in a specifically Lutheran worldview, which looks at economics and political systems in a different way than is common in countries shaped by Catholicism and Calvinism.  He writes, citing the work of other scholars [go to the link for the reference list],

Research reveals that the Nordic Model is undergirded by Lutheran norms and values (Stenius, 1997; Kildal and Kuhnle, 2005). The Protestant creed that was nationally embraced only in the Nordic region promotes strong work ethics, egalitarianism, togetherness, and civil duty. These values result in high labor force participation, but also motivate a willingness to cooperate closely at the national level, and to pay high taxes to ensure economic independence for a higher proportion of the population than what is the case in cultures with a Calvinist or Catholic heritage (Kahl, 2009).

Under medieval Catholicism, salvation was, for all practical purposes, by good works, and perhaps the easiest way to rack up good works was by giving alms, so that the poor would line up after church services for the people to give them something.  Luther  taught that we are not saved not by the rote performance of good deeds but by faith in Christ’s atonement for our sins.  Taking care of the poor, Luther taught, should be the concern of the secular government, not the church, as such.  Luther’s view of the priesthood of all believers , which promoted the equality of individuals from all walks of life, was complemented by his teachings about the responsibilities of the state.

Martin Luther promoted that classes be united in a “priesthood of believers.” Such an egalitarian community was to be led by a king who, as head of a powerful state church, should secure every subject’s salvation, but also their education and well-being. The state was meant to “guarantee the existence of a just society,” thus unifying spiritual and secular care. Everyone was responsible for contributing to a state within which all people, from king to beggar, are united by the “common good.” In Catholic societies, the Church was responsible for the poor. Their imaginary promoted that rich people give alms to ease their own way into heaven. The Lutheran safety net was a secular, local, and communal responsibility grounded in “neighborly love” (Lausten, 1995). To provide for those in need, the Lutheran Church, the rich, and regular people pooled resources in a “common fund,” which was the practical expression of poverty relief as a shared responsibility (Tønnessen, 2017).

That “neighborly love,” of course, is at the heart of the doctrine of vocation.  Luther stressed the importance of work, but its purpose is not self-aggrandizement but helping others.

Luther was more skeptical of business ventures and wealthy people. His “employment ethic” contrasts the Calvinist “work ethic.” Instead of promoting hard work to succeed economically, Luther emphasized that employment itself is paramount, as any job can help people feel a sense of ordinariness, fulfillment, and moral satisfaction (McKowen, 2020).

That’s a striking dichtomy:  Luther’s “employment ethic” vs. Calvin’s “work ethic”!  As Max Weber shows, Calvinists often saw wealth as a sign of God’s favor.  Whereas Luther warned against the dangers of wealth.  The Calvinist view of vocation tends to focus on self-fulfillment, employing one’s talents, honoring God, and the moral imperative of the “work ethic.”  Luther’s view of vocation emphasizes how God works through us to provide what others need and that the purpose of every vocation is to love and serve our neighbors.

So in a culture shaped by the “Lutheran imaginary,” workers of all kinds feel an obligation to not only work hard but to care for their fellow citizens and don’t mind paying lots of taxes to enable their government to take care of everyone.  Larsen insists that this is a “liberal” model, valuing individualism, free market economics, and personal freedom–not socialist, and certainly not Marxist, since it emphases co-operation between all levels of society, not class conflict.  “From a liberal perspective,” he comments, “the Nordics’ large-government, high-taxation model restricts individual freedom. From a Nordic perspective, this model makes meaningful freedom possible for more individuals in a given population” (Hänninen et al., 2019).

Larsden supports his thesis by explicating a number of Scandinavian novels and films, which depict a conflict between “good Lutheranism vs. bad Calvinism,” both portrayed in terms of their attitude towards the poor and their social responsibilities.

It turns out, a whole book has been written on this subject, one that connects the dots between Lutheranism and the modern “social democracy.” It’s entitled Lutheranism and the Nordic Spirit of Social Democracy: A Different Protestant Ethic (2017) by University of Maryland political economist Robert H. Nelson.  (See the review by Mark Mattes.)

He goes so far as to engage Max Weber’s pioneering study The Protestant Ethic and the Spirit of Capitalism.  If Calvinism gave us capitalism, as Weber argued, Larsen says that Lutheranism gave us social democracy.

And yet, Larsen says that social democracy as practiced in the Scandinavian countries amounts to “secular Lutheranism.”  That is to say, the supernatural dimension of the theology has faded with the prevailing secularism.  But the social teachings of Lutheranism remain.  Indeed, they take the place of the supernatural church, with citizens finding meaning and transcendent purpose in caring for others and in their social solidarity.

It is as if they are taking Luther’s doctrine of the Two Kingdoms, but they reject the Eternal Kingdom–with the Gospel, the Word of God, and salvation for everlasting life–while still living in accord with the Temporal Kingdom–with vocation, love of neighbor, and its ideal of benevolent government.

Secular Lutheranism is emphatically not the same as religious Lutheranism.  Justification by grace through faith is the article upon which the church stands or falls.  A so-called Lutheranism without the Gospel is an empty shell.  Social democracy without the faith that originally inspired it is also an empty shell.  One wonders how long it can be sustained without any kind of spiritual foundation.  It becomes just another moralism, another confusion of Law and Gospel, another mingling of the Kingdoms, breeding complacency and self-righteousness and evading the need for salvation by Jesus Christ.

Nevertheless, many Americans, both conservatives and progressives, are searching for an economic system that is both free and humane.  Combining free markets with caring for others is the model that many  people today are looking for.  The answer may lie not in Lutheran socialism, but in Lutheran capitalism.

October 5, 2022 "Ridicule Is Man's Most Potent Weapon"
Recent Comments
0 | Leave a Comment
"I’m thinking 1 Corinthians 11 might give some insight into the issue of the confusion ..."
Jeremiah Oehlerich Technology and Materialism
"For me, reading “On Christian Liberty” was a definitive read. Have reread it a couple ..."
Jeremiah Oehlerich DISCUSS: Books That “Set You on ..."
"The Complete Timotheus Verinus, by Valentin Ernst Loescher. Available through NorthWestern Publishing House.one reviewer wrote: ..."
MarkB DISCUSS: Books That “Set You on ..."
"Most folks in our cultural west are starved for hands-on accomplishment. We are naturally fascinated ..."
saddler Technology and Materialism
Browse Our Archives
Related posts from Cranach