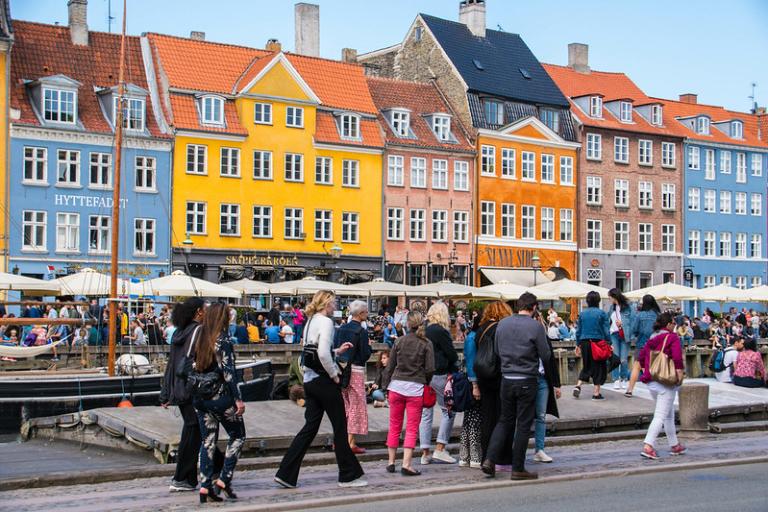 Among Americans today, according to a Pew study, 57% view capitalism favorably, while 36% have a favorable view of socialism.  But that’s down from 65% pro-capitalism and 42% pro-socialism in 2019.  So both economic systems have lost credibility.

J. D. Tucille writes about this in his piece for Reason entitled Declining Faith in Both Capitalism and Socialism Leaves … What?

I would just add that the Nordic political and economic system is sometimes called “Lutheran socialism.”  Yes, for much of their history, pretty much the only church allowed in those Scandinavian lands was Lutheran, which has left a cultural mark even as those countries have now plunged far into secularism.  But is the Nordic model really socialism?  And is it really Lutheran?

Tucille addresses the first question.  He points out that, by objective measures of free market economics, the Scandinavian countries are actually more capitalistic than the United States:

Venezuela’s government has largely seized the means of production and dominates the economy; it’s socialist. The country is ranked at 176 in the 2022 Index of Economic Freedom as a “repressed” economy. By contrast, Finland is ranked at ninth as a “mostly free” economy, along with Denmark (10th), and the United States (25th); all are countries where private enterprise prevails. Yes, both Scandinavian countries are considered somewhat more capitalist than the U.S.

The Index of Economic Freedom is even more telling than Tucille says it is.  If we include Estonia (ranked 7) and Latvia (ranked 18), also northern culturally Lutheran states, all of the seven Nordic countries are in the top 20 (Finland #9; Denmark #10; Sweden #11; Iceland #13; Norway #14.  Which makes them all more capitalist than the United States (#25).

“I know that some people in the U.S. associate the Nordic model with some sort of socialism. Therefore I would like to make one thing clear. Denmark is far from a socialist planned economy. Denmark is a market economy,” then-Danish Prime Minister Lars Lokke Rasmussen commented in 2015. “The Nordic model is an expanded welfare state which provides a high level of security for its citizens, but it is also a successful market economy with much freedom to pursue your dreams and live your life as you wish.”

But in addition to free market economics, the the Nordic countries, in Tucille’s words, “have expensive welfare states and tax the hell out of their private economies to pay for them.  Rasmussen goes on to explain,

“So, what is the catch you might ask. The most obvious one, of course, is the high taxes. The top income tax in Denmark is almost 60 percent. We have a 25 percent sales tax and on cars the incise duties are up to 180 percent. In total, Danish taxes come to almost half of our national income compared to around 25 percent in the U.S.”

These countries are highly pro-business and personal prosperity is very high.  (When I was in Denmark, I saw more Tesla sports cars than I did in California, even though automobiles are taxed at a rate of 100%, meaning that the $200,000 model would cost a Dane $400,000.  And yet that Dane makes enough to pay it!   Though most Danes settle for small vehicles and bicycles.)

For all of those taxes, Scandinavians get government-paid health care, financial support in caring for children, paid parental leave, money to care for senior citizens, support for the disabled, generous unemployment benefits, job-training, and on and on.  Their so-called “welfare state” is not just a safety net for poor people–though they definitely have that, and a very generous one.  Rather, everyone gets government benefits.  The “welfare state” is called that because the state is oriented to the “welfare” of its citizens.

I’m not advocating that.  We Americans are individualistic and self-reliant, so being dependent on the government grates against our sensibility.  It certainly does mine.  And we conservatives worry about such a big government gaining more and more control over us, overwhelming our freedom, which is one of our prime values.  We want the freedom to have a car!  High taxes interfere with our freedom to choose where our money goes. We don’t have the culture for a welfare state, though the Scandinavian countries do.

For example, if the U.S. government paid unemployment benefits that almost equal what a laid off employee makes working, we wouldn’t work, as happened when the COVID unemployment supplements were greater than many workers’ regular wages.  But in Denmark and other Scandinavian countries, the work ethic is such that the unemployed so supported get a new job as soon as possible, helped by the job-training programs.

So the combination of free market capitalism with high taxes that pay for lavish government-funded benefits is emphatically not socialism. Instead  of  “Lutheran socialism,” the Nordic system should be called “Lutheran capitalism.”

So “Lutheran socialism” is not socialism.  But is it Lutheran?  We’ll delve into that question tomorrow.

Photo:  The Streets of Copenhagen by Maria Eklind via Flickr,  Creative Commons 2.0

September 30, 2022
A Lutheran Critique of National Conservatism
Next Post