A Lutheran Critique of National Conservatism 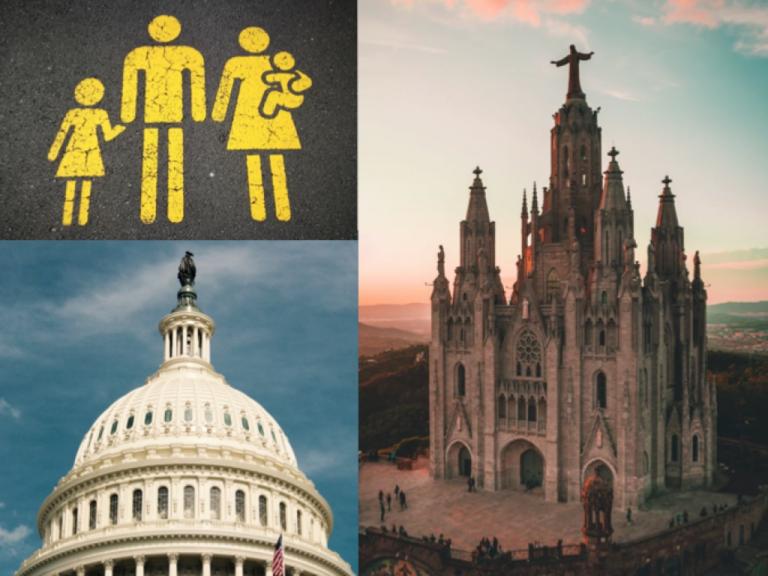 James R. Rogers is a Texas A&M political scientist and member of the Lutheran Church Missouri Synod, whom I have referenced frequently at this blog .  (For example, see this.)  So I was curious how he would come down on the current controversy in religious circles over National Conservatism that we have been following. (See my posts A Manifesto for National Conservatism, National Conservatism and Religion, and The Debate Over Nations, Empire, and the Church.) He has come through in a piece for Law & Liberty entitled Looking for a Church in the State.

In attempting to respond to the movement as a Lutheran, I attempted a critique in terms of Luther’s doctrine of the Two Kingdoms.  Prof. Rogers takes a different but complementary approach.  He criticizes the defining document National Conservatism: A Statement of Principles in terms of Luther’s doctrine of the Three Estates. the three institutions–the church, the family, and the state–that God created for human flourishing.

Prof. Rogers argues that National Conservatism ascribes to the state attributes that only belong to the church; indeed, as the title of his article suggests, it attempts to turn the state into the church.  He says, “the Statement looks to the nation and other worldly institutions to provide the type of solidarity only the Church can provide, and aspirations only the Church can realize.”

According to the Statement, the nation-state provides a foundation not only for patriotism but also for “religion and wisdom, congregation and family, man and woman, the sabbath and the sacred, and reason and justice.”

As a result of this emphasis, “it is exclusively to the political, and not to the religious, that the Statement looks for social redemption. It expressly proffers the nation ‘as the only genuine alternative to universalist ideologies’ (emphasis added).”

The document speaks of religion and Christianity, but it never so much as mentions “the church.”  Prof. Rogers observes that it does speak of “congregations,” which are local, but not “the church,” which is universal.  And in speaking of Christianity, it ignores its central teaching.

Instead, what the Statement emphasizes about Christianity is not the Gospel but rather its “moral vision.” To be sure, the Gospel and Christianity’s moral vision are not antithetical; I do not in the least suggest that antinomian love should replace grim moralism. But, critically, the Gospel does not merely offer a “moral vision,” it offers transformation—literally a transfiguration of the human in Christ (Romans 12:2 and 2 Co 3:8). . . . Without the liberation of the Gospel, moralism only kills.

In stressing the centrality of the church, Prof. Rogers is emphatically not recommending that the church rule the state, as some Christians are recommending.

The point is not that the Church somehow runs the nation-state in this age. Forsooth!

Rather, the point is that the community of the nation-state is but an image of the full community—the communion—found only in the Church. This telos is of course realized only in the Age to Come with the passing of the nation-state. . . The point is not to conflate ecclesial governance with civil governance; it is not an invitation to “immanentize the eschaton.” Rather it is to identify what is the proper ultimate in the Aristotelian sense. While the Statement identifies the nation-state as the “foundation” for revivifying civil, religious, and familial life, and so asserts a political-centric reality, it does so by ignoring the appropriately ecclesiocentric claims of the Church.

Prof. Rogers agrees with the Statement that the family, the nation, and Bible-reading are important, and that Christians could make common cause with National Conservatives on many issues.  But its “foundational commitments are fundamentally wrongheaded.”

This helps.  But I see a problem or at least a limitation  with what Prof. Rogers calls his “ecclesiocentric political and social theory.”  It is helpful in adjusting the attitudes of Christians to each other and to the nation they live in.  But how does it apply to a society of non-Christians, which most Western nations have become and which the United States is rapidly becoming?

God indeed reigns in a hidden way even over those who do not know Him, and He blesses them through the estates of the family and the nation.  Non-Christians too have and are part of families.  Non-Christians too are citizens of their nations.  But they are not members of the church.

What should their social polity look like?  Wouldn’t it need to be centered around the other God-ordained estates that they are a part of, the family and the nation?  While it is true that those estates, unlike the church, can never be transcendent or eternal–and the Statement errs when it implies that they are–they still are necessary for human flourishing on earth, if not in heaven.  So it would seem that a secular political ideology should emphasize them, even though Christians will consider them incomplete.

Also, the church’s “moral vision”–that is, the First Use of the Law–is the part of its teaching that does relate to the temporal kingdom.  The state can never save anyone, since no one can coerce faith in the Gospel of Jesus Christ; that is to say, the state can never be a church.  But the church can offer the state, however secular it may be, a beneficial moral influence, especially as its members–who are also members of the state–live out their faith in good works.

Which brings up the topic of vocation, which may be a way for Christians to extend at least some of the community that can be found only in the church to outsiders.  Prof. Rogers criticizes the Statement for saying nothing about the Christian virtue of love. Indeed, Christians could extend “true solidarity” and “true union between peoples without tyranny” through the doctrine of vocation, in which they are called to love and serve their neighbors, including non-believers, in their various vocations in all of the estates.

Illustration from the Marriage and Religion Research Institute

September 30, 2022
DISCUSS: The GOP's New Contract with America
Next Post