Globalists Versus the Rest of Us

People who claim to be citizens of the world have always impressed me as purchasing their citizenship on the cheap. They’re the siamese twins of those humanitarians who love everyone in general but no one in particular.

The old word for them is cosmopolitans. Since they are now supported by a series of multinational corporations a new name has been coined: globalists.

I think I understand them. If they issued cards, I could be a card-carrying member. I worked and lived in Cambridge, right between Harvard and MIT, for a decade. Then I lived on Cape Cod right off 6A, not far from the Cape Playhouse. Now I live in a tony Connecticut town, named twice to Money Magazine’s list of the 100 best towns in America. I’m in the top 5% when it comes to household income (only a fraction of which comes from my vocation as a minister, I own real investment real estate), I’m definitely in the 1% globally. My oldest just graduated from an elite private college, my other children will too. I have friends around the world, one of whom has a high-rise apartment on Manhattan’s upper east side that I use whenever I feel the urge. I’ve written for journals, I’ve published books. I blog on Patheos, for goodness sake. I know people who know people, if you know what I mean. I could go on, but I’ll stop.

It’s a ton of fun hanging out with artists and world-class scientists and wealthy people. And working with these people is not only stimulating, it is very profitable. But it is a bubble, and there are many wise and beautiful people left out of it. And another thing, people in the bubble are not known for their loyalty, or for sticking around with things get tough. Their eyes are always on the next opportunity. They move around a lot.

Fortunately these people are far outnumbered by steady-eddies and salt of the earth people. These seemingly unremarkable hobbit-like folk not only keep the world running, they often possess an earthy wisdom that you have to dig to get at.

In the past cosmopolitans and the rest of the human race were bound together by religion, and more recently, by national identities. But that may be coming to an end.

A combination of globalism, robotics, and transhumanism has led some globalists to believe they can cut ties with the benighted, the inbred, and the Trump supporters everywhere. (From what I’ve heard, all those monikers apply to the same people.)

These people have discovered that they have more in common with each other, no matter where they live, they they have in common with their own countrymen. They share the same interests, the same tastes, and even the same political outlook. It’s not just middle-America that is fly-over country, most of the world is fly-over country. It’s the major cities that matter. The rest of the world is just for recreation, aka eco-tourism.

Borders are for losers. The best talent should be able to move freely from place to place. Things move fast in Silicon Valley and on Wall Street. You can’t wait for the public schools and universities to supply you with the needed talent to keep the growth machine going. Besides, no one really believes welfare-states have a future. People may not be willing to say that out loud, but among the things the Panama Papers tell us is the people who run their countries don’t believe in them.

Some people are working to realize a post-nation future right now. A group named Sui Generis is already hard at work at it.

There is a problem though. Some people are not as excited by the prospect as these “creatives” (as Sui Generis calls them). Around the world these people like their nations just fine and would like to keep them. In the United States many of these folks are voting for Trump, in the UK, UKIP. I could name others. Most countries seem to have a local chapter.

Now here’s the thing about these people. If I were to identify the most distinguishing virtue they all seem to have in common it is this: loyalty.

Loyalty is very annoying to globalists. It slows things down. It binds you to people who drink Dunkin Donuts coffee, or even Sanka. You have to overhear their syrupy music about dogs, or trucks, or Jesus. And they have crazy ideas about what’s best for children, you know, like having one woman and one man for parents, exclusively, or prohibiting the use of the ladies room by people with the Y chromosome.

What to do? Call them names, that’s what. Fine them, or withhold money from them that has been extracted from them by taxation. (You’re not called a “creative” for nothing!)

Can the Globalists Win?

Yes, I think they can. Actually, unless there is a global catastrophe, I think it is inevitable. There’s too much momentum. And paradoxically, nation states have grown too dependent upon this global elite to live without them. Even if there is a temporary set back by a resurgent nationalism, the globalists will keep building the infrastructure of a post-nation future.

I have no idea how long it will take, or what will be on the other side of it. But I do know that there are too many people I love and care about, people I am loyal to, who will be left behind.

We need institutions for people who don’t want to live in the shining alabaster cities of tomorrow. And I think the institutions that we will need to rely upon for this are religion and the natural family. They’re proven, after all. And many of the left behind are already loyal to them. 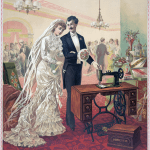 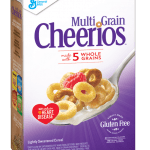 A Sign of the Times: When...
The Chorus In The Chaos
Books by This Author Books by PaterFamilias Today