Is Multiculturalism a Scam?

I concede that many enthusiasts for multiculturalism mean well, I know that was the case for me back in the days when I was one of them. But if outcomes are the measure, I think it is fair to say, multiculturalism is assimilation by stealth.

Depending upon when you date the initial appearance of multiculturalism, you might say I was an early adopter.

Back in the late 1980s I was involved with what was then called, “inner-city ministry”. Inner-city ministry was a synonym for ministering to poor, ethnic minorities, mostly blacks and hispanics. Back in those days it was assumed that they were the only people who live in such places. (Many of those neighborhoods have gentrified and are now pretty upscale, hence the name fell into disuse.)

I founded an institute that worked in the poorer neighborhoods of Boston and environs, and I was on the pastoral staff of a multi-ethnic, multi-congregational church.

The congregations worshipped in different languages. The English speaking congregation had people from over 20 countries; we also had congregations for Haitian Creole, Korean, Spanish, Portuguese, Chinese, and people from Kerala, an ethinc group from southwest India. The smallest congregation numbered in the 30s, and the largest around 150. I was there nearly a decade and I enjoyed my time immensely. But I also know first hand how challenging it is to get people from such a wide range of cultures to work together.

How I lost my multicultural religion

Even then I noticed a discrepancy between the ideology of multiculturalism and what it was really like to work in a multicultural setting.

For one thing, cultures must order themselves, and the rules and traditions that order them must be confidently enforced, otherwise the culture will be lost. Multiculturalism necessarily relativizes cultural norms. Beside that, New Left sexual identity politics was worming its way into things. This didn’t represent a culture in any traditional sense, at best it was concerned with subcultures, niche interest groups. Genuine cultures come with histories, traditions, and functional and reproducible patterns for family life. These party crashers had none of that.

But the real change came when saw I how multiculturalists tended to organize things.

The Senior Pastor of the church I belonged to is a remarkable man. He had been a successful high tech entrepreneur, as well as a Fortune 500 executive, before going into the ministry. He had none of the awkwardness or embarrassment that characterizes so many liberal white people when it comes to working across cultures. (He had a background in international business and he had two adopted black sons.) He was socially saavy, wise, and most importantly, he had an air of authority. You could say he was our village elder and he was universally respected. Without him things wouldn’t have worked nearly as well as they did.

Even so, I knew people who tried to do things more, “democratically”. I was recruited by a multi-congregational church in Los Angeles that also had an institute. They wanted me to come and run it. I suppose it would have been a good career move. The church was the “mother-church” of the denomination, The senior pastor was a likable and very well-connected guy with a PhD in sociology. I probably would have been added to the faculty of a world-class seminary that shall remain nameless, as well as one or two Christian liberal arts colleges. But after visiting the place a couple of times I turned the job down.

There were a number of indicators that I just wouldn’t fit in. One of them, you might be surprised to learn, was their hefty, “Multi-Congregational Church Manual”.

Everything about it declared: white-guys trying to be fair. There were procedures for this, and ratios of representation for that, and formulas for dividing the burden of maintaining the facility. It was so technocratic it seemed like a contradiction to the very thing it was said to serve.

What I had grown used to was something far more characteristic of the “third-world” (as we called it then). I was used to the village elder, someone whose authority was based on his standing in the community, his wisdom, and his ability to get things done for people.

The hidden economic agenda of multiculturalism

Seen in the best light, multiculturalism is an attempt to address a practical problem: lots of people from widely different, and incompatible ways of life have been thrown together in the whirligig of the global economy.

Getting these people to live and work together peaceably and productively is difficult. In the past this was accomplished in the United States by a forthright and unapologetic Americanism. My wife’s grandparents were fresh off the boat from Italy. In those days coming to America meant learning the language and adopting the culture. Italian was only spoken at home, if there. And many immigrants made conspicuous displays of patriotism.

But in those days going home again was not an option for most people. There was no instant messaging either. So old-fashioned above board assimilation is probably not a real option today. That’s why we need to be tricky.

What multiculturalism really is is consumer choice and self-branding. Cultures are neutered and lose their binding authority. The real binding force in a so-called multicultural society is the market. Cultural symbols don’t choose us, we choose them. And it is assumed in a consumer culture that we have the authority to do this. And defying the norms of consumer culture results in shame, and may even subject you to a fine. You can even lose your job.

I think the first thing that needs to happen is we need to see we’re being scammed. And we need to point out that multiculturalism is actually destroying the very cultures it claims to protect.

Next, multiculturalism at one and the same time takes culture too seriously and not seriously enough. Someone must point out that for all the talk about culture, multiculturalists can not define culture in a meaningful way. And they don’t want to. The reason? Because once we do that we can evaluate cultures. We go from the realm of personal choice to the realm of good and bad, right and wrong. (By the way, the whole point of multiculturalism is judging without looking judgmental, so don’t try to weasel out of it.)

It’s about time we do that. Get judgmental about culture I mean. In so doing we may even save some cultures, maybe even our own. 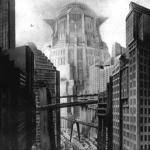 May 9, 2016
Globalists Versus the Rest of Us
Next Post

May 13, 2016 How about a "Bombadil Option"?
Recent Comments
0 | Leave a Comment
Browse Our Archives
Related posts from PaterFamilias Today