What ARE Children For?

I continue my reflections on the New Testament household codes today with a subject you might mistakenly think is the least controversial of the four things I will address: children.

(The other three are the instructions given to slaves, wives, and household heads. I’ve already addressed slavery here, and here. I’ll get to the instructions for wives next. I will be treating the codes as they relate to heads of households after that. Paradoxically there seems to be less controversy about them.)

Now, what about the children?

How could there be any controversy about this?

Children, obey your parents in the Lord, for this is right. “Honor your father and mother” (this is the first commandment with a promise), “that it may go well with you and that you may live long in the land.” Ephesians 6:1-3 (ESV)

Well, for starters, it assumes the presence of children. And for many people today, they are objectionable little critters.

For one thing, they’re expensive. (See this.) For another thing, they get in the way. If you’re all about getting ahead in life, they have a way of slowing you down. (Even this appears to be misleading, at least  for men. Men tend to work harder and their economic output seems to increase after they sire children. See this.)

You can tell a lot about people by what they take for granted. And one of the things people take for granted today is the notion that having children is merely a life-style choice. If you’re into kids, good for you. Other people are into dogs or collecting old cars. Different strokes for different folks.

That’s a little harsh, but many people justify having children with strictly subjective arguments. And when people do appeal to something more objective, the arguments seem to run against kids. Think of their carbon foot-prints and over-population and all that.

The reason people don’t know what kids are for is because the household for most people is a strictly recreational affair. It is a place where you co-habitate with your recreational partner (or partners). Really important things happen elsewhere–in cubicles, or on-line.

What we don’t have many of these days is working households. What I mean by that is real home economies, places where people are doing productive and practical things that need to be done in order to survive. But those are the sort of households that the household codes reinforced.

When I talk to people about the household codes they are either put off by them or they remark, “Those are outdated.” When I ask, “Can you describe a world in which they wouldn’t be outdated, but actually functional?” They’re usually at a loss. That brings me back to what people take as granted.

The primary reason people can’t see the sense in the codes is because the functions performed by traditional households have been outsourced. Corporations now hold most of the productive property in our society and households have largely been relieved of their social welfare functions so that people can work in the corporate economy.

It’s never put so baldly. Rather it is dressed up in the rhetoric of “liberation”. We have been liberated from having to do things for the people we love so that we can go work for other people. That’s the truth of our situation, like it or not. And the big bribe that our society pays us to go along with this is free-sex. For many people, that’s enough get them to subject themselves to wage-slavery.

But in traditional working households, all around the world, and until just yesterday it seems, children were a blessing. Not just because they’re cute, or say the darnedest things, but because they contributed to the household economy. You didn’t give them make-work chores so that they could become responsible adults. There was work that needed doing and they were put to it. And not only that, they were a parent’s retirement plan.

But getting back to taking things for granted. We’ve lost sight of what kids are for because we erroneously believe they’ve been replaced by modern institutions.

I’ve noticed that people tend to focus on the immediate causes for things and lose sight of their antecedents. What I mean is this, Social Security is no real replacement for children, it is merely a redistribution scheme that allows the childless to enjoy the surplus productivity of other people’s children. It also frees people up a bit so that they can serve the corporate economy without the guilt of abandoning their parents completely.

But what if people stop having kids? What will become of Social Security? It will go belly up, that’s what. And that’s what indeed is happening.

This is why countries in Europe that are a little further along the road to insolvency are reviving pro-natal policies. (It’s also the real reason euthanasia and liberal immigration policies are favored by elites, I suspect.) Back to the birthrate, check this out–the “Do It for Denmark” campaign.

But hopefully you see the point. We still need children. The problem is we’ve created a set of disincentives. Now people think of children as liabilities. Why have a baby when you can have a boat?

This is why welfare states are in trouble, and why I believe the functional household will return. (See this to learn more about my thoughts on these matters.)

But there is more to say for the household codes when it comes to children. I believe these codes help us to see a bigger reality–how the household of God functions and what it means to be a part of it. I’ll pick that theme up next time. 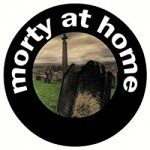 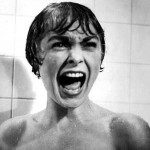