Honest Work in a Virtual World, Thoughts on Working with Your Hands

I learned how to frame when I was in seminary. What I mean by “frame” is rough-in carpentry.

There were half a dozen of us, all aspiring preachers with one exception. We’d spend mornings in class learning Greek and studying Wesley and Calvin, then jump in our trucks and head out to the job site.

We specialized in cedar decks for the new subdivisions going up around Kansas City. Many of the homes we worked on were pretty upscale. I recall building a seven level deck that cascaded down a hillside. It had a fire pit, and a hot tub, a place for cook outs, another for just catching some rays. If I recall correctly we charged over 80 thousand dollars to build that monstrosity. This was in 1988.

We used western red cedar, a joy to work with. Strong and insect resistant, it cut like butter and had a marvelous aroma. We didn’t use that five quarter stuff for the decking in those days, we used two by sixes. I can recall many an afternoon baking in the Kansas sun, our shirts off, sweating and covered in saw dust, the smell of freshly cut wood rising all around. We were young and strong and we knew it.

But I also remember the winter days, with the Alberta clipper sweeping down, frozen feet, standing in the mud and snow, hauling lumber up the hill that had been dropped off at the road. Even those days were for sweating, but under three layers of clothing.

That was thirty years ago. I’ve used the skills I acquired then in the intervening years. I’ve renovated a number of houses (like a dozen), and I even had a contractors license for a couple of years between pastorates. I’m currently renovating one my apartments (I own duplexes). I only get over there at the end of the day, after my responsibilities at church are done.

My real estate has been a great blessing over the years, providing income, and helping to fund college tuition for the kids, and someday it will pay the bills when I’m retired. Eventually I’ll hand the properties off to the children.

I suppose the biggest benefit to the work though is the way it keeps me in touch with the physical world.

I don’t mean that it is just good for exercise, or that the physical nature of the work is pleasant–sometimes it is, sometimes it’s not. What I mean is it reminds me that the physical world doesn’t yield to my whims. It has a reality that exists quite contentedly and independently apart from me. And if I am going to work with it, I have to do so on its terms.

This produces paradoxical blend of humility and confidence in the carpenter. Humility when that 200 pound beam smashes a finger when you’re working alone in the woods (happened to me, I lost the nail, which was interesting, I always wondered what was under my nails), and confidence when you see the cabin you’re working on (by yourself in the woods) rise from the ground.

It also makes you incredulous with every manifestation of virtual reality. Words can be a sort of virtual reality you know. They can be at odds with reality, layered on it, obscuring it, filtering it. That’s when words can really irritate.

I’ve noticed over the years that men who work with their hands tend to have little patience for word-smithery. That doesn’t mean they don’t like words, they just want them to reflect the world they know. I’m not talking about men who deal with refined and delicate things so much as men who work with materials that are heavy and unforgiving or can kill you if you’re not careful. These men tend to speak very bluntly and directly and they cuss a lot.

People who spend too much time with words and not enough time in the world that God spoke into being are hard to trust. Trustworthy men of the sort I am thinking of here tend to believe in firm handshakes, the firmness of the hands serving to indicate use in a world of recalcitrant stuff.

I recall shaking a man’s hand years ago in a real estate deal and thinking to myself, “What is this? It’s as loose and soft as an infants hand.” He ended up bilking me for $10,000. He was wordy guy, a real shyster. He may have even majored in English.

All the gender-inclusive lingo, all the deconstruction and obfuscation we see from the politically correct, it all reminds me of that guy. I’m holding on to my wallet. I’ve been in the real world. This virtually reality people are talking about isn’t substantial. It’s a scam.

You know, Jesus, and Paul, and Peter all had real jobs. Jesus, it is reasonably supposed, was a carpenter; Paul was a tent-maker; and Peter was a fisherman.

I think everyone should have a real job, even word-smiths like me. 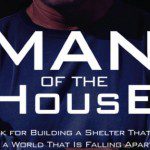 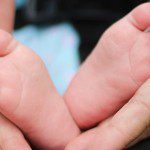 A List of Sins from the...
Christian Crier
Books by This Author Books by PaterFamilias Today

When is it Time to Push Back on...
As rioting, looting, burning, and mayhem are currently taking place in Minnesota...
view all Evangelical blogs
What Are Your Thoughts?leave a comment
Copyright 2008-2020, Patheos. All rights reserved.