Understanding the Washing of the Feet

One of the most striking traditions of Holy Week is the washing of the feet at Holy Thursday mass. Once again, we are reenacting something Christ himself commanded us to do, and the somewhat awkward and uncomfortable way the tradition is performed at many modern masses does nothing to undercut the potent symbolism of the act.

Multiple layers of meaning and possible interpretations, from the purely cultural to the deeply symbolic, are found in John’s account of the washing of the feet (John 13:1-20). The three most obvious meanings are based upon Near Eastern customs of hospitality, Jewish customs of ritual washings, and the exemplum of Christ. There are deeper meanings as well, with suggestions of the sacraments of Baptism and Reconciliation, and even a complete summary of the life of Christ.

At the Last Supper, Jesus would have been the “host” and the apostles the “guests.” Washing the feet of weary travelers would have been a job delegated to a gentile slave by the host. Not even a Jewish slave would be expected to wash feet. The host of a meal would certainly not lower himself to performing this vile task himself. The feet of travelers in ancient Palestine would have been shod in sandals, and thus filthy from traveling on dirt roads. However, as St. Paul says in Philippians: “Christ Jesus, who though he was in the form of God, did not count equality with God a thing to be grasped, but emptied himself, taking the form of a servant.” (Phil. 2:5-7) Jesus himself tells us that the “first shall be last,” (Matt. 20:16) and in the washing of the feet he shows his willingness to take on the work of the last and the least. (1)

Ritual Washing and the Priesthood

Ritual washing was a key element of Jewish practice, with elaborate procedures and requirements for cleansing those who might become “unclean” during daily life. (2) Several times in the scripture Jesus indicates that the need for this ritual washing has ended now that the messiah has come. (cf Matt. 15, Mark 7, John 2, etc) In John 13, however, we find Jesus cleansing the feet of his disciples.

One possible interpretation is as a priestly act. In Judaism, the Kohen (a member of the priestly class) has his hands washed prior to performing the Priestly Prayer. Historically, this also included washing the feet, although today they often simply remove their shoes. It is one of the rare instances where foot washing is prescribed, following the command of Exodus 30:20-21 that the priestly class “shall wash their hands and their feet” prior to coming to the altar. (3)

The foot washing in John 13 is a prelude to Jesus’ own High Priestly Prayer in John 17. In performing these ablutions, he is thus conferring priesthood on his apostles. It is a way of extending the authority of the Aaronic priesthood to the apostles.

Finally, we have the reason that Jesus himself states for washing the disciples feet. They are to see this as an example to follow. They are to embrace humility at all times, and to serve one another. As St. Augustine writes: “as [man] was lost by imitating the pride of the deceiver, let him now, when found, imitate the Redeemer’s humility.”(4) This is the humble act of the Christian, set against the pride of the world.

There is also a sacramental symbolism found in the scene. When Jesus says “He who has bathed does not need to wash, except his feet,” he calls to mind both Baptism and Confession. The person washed of sin in baptism does not need to be baptized again to be cleansed of his sin.(5) But the feet are the part of the body which carry us through the world, and the world in John is the realm of sin.(6) Our feet carry us into sin, and this sin is washed away in the sacrament of confession. (7) Thus, Jesus washes away the “world” when he washes the feet of the disciples, so that sin has no place at His Father’s table.

Beyond these surface meanings, however, we find a more majestic symbolism in the washing of the feet. Pope Benedict XVI analyzes this in some depth in Chapter 3 of Jesus of Nazareth: Holy Week, calling it not only an exemplum (an example to follow) but also a sacramentum (a summary of the grace and mystery of the life of Christ). (8) Fulton Sheen, in his Life of Christ, expresses this with impressive concision:

The scene was a summary of His Incarnation. Rising up from the Heavenly Banquet in intimate union of nature with the Father, He laid aside the garments of His glory, wrapped about His Divinity the towel of human nature which He took from Mary; poured the laver of regeneration which is His Blood shed on the Cross to redeem men, and began washing the souls of His disciples and followers through the merits of His death, Resurrection and Ascension. (9)

Jesus lowered himself to serve sinful mankind, clothing himself in miserable flesh and washing away our sins through his sacrifice. Thus is the entire life of Christ contained symbolically in the washing of the feet.

March 31, 2015
The Judas Tree, And Other Legends of the Betrayer
Next Post 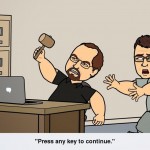 April 1, 2015 How I Work: Anthony S. Layne
Recent Comments
2 Comments | Leave a Comment
Browse Our Archives
Related posts from God and the Machine 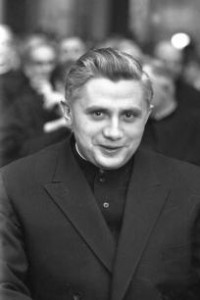 Catholic
The Future Church According to Benedict
God and the Machine 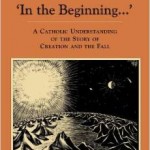 165: The Most Incredible Catholic Case for Atonement...
In this episode of The Cordial Catholic, I'm joined by the incredible,...
view all Catholic blogs
What Are Your Thoughts?leave a comment