Benedict and the Bishops on Communion for the Divorced

The current synod is certainly not the first synod to consider the issue of communion for the divorced and remarried. In October 2005 the synod kicked around these issues, and in February 2007 Pope Benedict XVI published the post-synodal apostolic exhortation Sacramentum caritatis (the Sacrament of Charity). Note well the long passage of time between synod and publication.

Benedict’s very sound teaching should have put this matter to rest, but Pope Francis dragged Cardinal Kasper back into the limelight to peddle his extremely unsound and rejected proposals. This is obviously because the Pope and a number of support them and would like to see a change.

Since we’ve been hearing from demonstrably bad theologians in the past year, let’s give an ear to a master.

The Eucharist and the indissolubility of marriage

29. If the Eucharist expresses the irrevocable nature of God’s love in Christ for his Church, we can then understand why it implies, with regard to the sacrament of Matrimony, that indissolubility to which all true love necessarily aspires. (91) There was good reason for the pastoral attention that the Synod gave to the painful situations experienced by some of the faithful who, having celebrated the sacrament of Matrimony, then divorced and remarried. This represents a complex and troubling pastoral problem, a real scourge for contemporary society, and one which increasingly affects the Catholic community as well. The Church’s pastors, out of love for the truth, are obliged to discern different situations carefully, in order to be able to offer appropriate spiritual guidance to the faithful involved.(92) The Synod of Bishops confirmed the Church’s practice, based on Sacred Scripture (cf. Mk 10:2–12), of not admitting the divorced and remarried to the sacraments, since their state and their condition of life objectively contradict the loving union of Christ and the Church signified and made present in the Eucharist. Yet the divorced and remarried continue to belong to the Church, which accompanies them with special concern and encourages them to live as fully as possible the Christian life through regular participation at Mass, albeit without receiving communion, listening to the word of God, eucharistic adoration, prayer, participation in the life of the community, honest dialogue with a priest or spiritual director, dedication to the life of charity, works of penance, and commitment to the education of their children.

When legitimate doubts exist about the validity of the prior sacramental marriage, the necessary investigation must be carried out to establish if these are well-founded. Consequently there is a need to ensure, in full respect for canon law (93), the presence of local ecclesiastical tribunals, their pastoral character, and their correct and prompt functioning (94). Each Diocese should have a sufficient number of persons with the necessary preparation, so that the ecclesiastical tribunals can operate in an expeditious manner. I repeat that “it is a grave obligation to bring the Church’s institutional activity in her tribunals ever closer to the faithful” (95). At the same time, pastoral care must not be understood as if it were somehow in conflict with the law. Rather, one should begin by assuming that the fundamental point of encounter between the law and pastoral care is love for the truth: truth is never something purely abstract, but “a real part of the human and Christian journey of every member of the faithful” (96). Finally, where the nullity of the marriage bond is not declared and objective circumstances make it impossible to cease cohabitation, the Church encourages these members of the faithful to commit themselves to living their relationship in fidelity to the demands of God’s law, as friends, as brother and sister; in this way they will be able to return to the table of the Eucharist, taking care to observe the Church’s established and approved practice in this regard. This path, if it is to be possible and fruitful, must be supported by pastors and by adequate ecclesial initiatives, nor can it ever involve the blessing of these relations, lest confusion arise among the faithful concerning the value of marriage (97).

Given the complex cultural context which the Church today encounters in many countries, the Synod also recommended devoting maximum pastoral attention to training couples preparing for marriage and to ascertaining beforehand their convictions regarding the obligations required for the validity of the sacrament of Matrimony. Serious discernment in this matter will help to avoid situations where impulsive decisions or superficial reasons lead two young people to take on responsibilities that they are then incapable of honouring. (98) The good that the Church and society as a whole expect from marriage and from the family founded upon marriage is so great as to call for full pastoral commitment to this particular area. Marriage and the family are institutions that must be promoted and defended from every possible misrepresentation of their true nature, since whatever is injurious to them is injurious to society itself.

Why are we even revisiting this idea? Because the Holy Father wants us to revisit this idea. And he’s wrong.

This isn’t about marriage, or about marriage and divorce. It’s about sex. It’s about divorced people who are remarried without an annulment (ie, adulterers) not wanting to follow the Church’s clear guidelines on reception of communion in a state of grave sin. They want their communion, and they want adulterous sex. They can’t have both.

Is that hard? Yes, it is. So is overcoming a great deal of sin which each of us has to struggle with every day. I’m not sure what places the divorced-and-remarried in a special category of sinner where they get a pass while the rest of us who stayed true to our vows have to keep toeing the line. 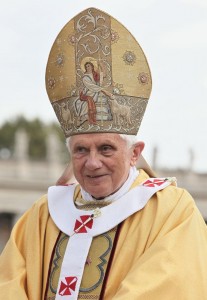 Can I have some adulterous sex and still take communion? Cool! What if I was someone interested in gay sex? Could I do that and still take communion? Why not? What’s the difference? How about some other sins I like, like covetousness and lust and greed and gluttony and sloth? I’m pretty attached to some of them. If I go through a penitential period and decide my relationship to them requires that I persist in grave manifest sin, can I go on fornicating and envying and gorging? Why are we making special dispensations for people who follow the modern trend of disposable relationships rather than remaining true to their vows? Is this the bridge we want to die on?

Sin is a struggle. It’s a struggle for all of us. My sins are black as night. I don’t pretend for a second that I’m any better than an adulterer, but I’m also no worse.

Eucharist is not a prize, but it’s also not strictly a “medicine.” If you give a sick person a drug they’re unprepared for it may kill them. You don’t operate on a person in shock. You help the person get well (in this case, through the first-line drug of sacramental medicine: reconciliation). If a person is incapable of swallowing the first draught, they won’t benefit from, and may well be harmed by, the second. Restricting communion, then, is a mercy.

On the other side of the equation we have Christ and the parable of the workers: “Do you begrudge me my generosity?”

Do I? Yes, I do, a little. Should I? Probably not. Am I willing to submit will and intellect to the decisions of the church on the matter? Of course I am. That’s why I’m not getting caught up in the hysteria and hatred of the More-Catholic-Than-The-Pope types and their idiotic petitions and blogs.

I’ve commented very little on the synod and the issue of divorce here because I think it’s mostly irrelevant to the life of the faithful. The church goes through these upheavals, people get all worked up, and then things settle down.

If Humanae Vitae didn’t blow apart the church, there’s no chance this will. Humanae Vitae touches me and many other Catholics in a very deep and personal way, every day. Not being divorced, the treatment of the divorced touches me not at all.

I will be sad to see the discipline altered or devolved to the regional conferences because I think it’s wrong intellectually, logically, emotionally, traditionally, historically, culturally, and pastorally. But it won’t change a thing, and it certainly won’t destroy the Church for the very simple reason that the church is indestructible. Damageable? Sure. We’ve been damaging her for 2000 years. Yet there she is, and always will be, until Christ comes again.

Postscript: I didn’t intend to go off on a jag here and talk about these issues. I just wanted to add the Benedict quote to the discussion and be on my way. The rest just kind of came out, which is why it’s half-formed.

Some of this emerged from ongoing discussions, particularly Elizabeth Scalia. Her own take here is different and probably surprised her as well, but as with everything she writes, it’s worth reading and considering.

Catholic
Podcast: Synod, Tarot, The Dark Lord, and Me
God and the Machine
TRENDING AT PATHEOS Catholic