The End of the World As We Know It? The New Church Hope for the Future

The End of the World As We Know It? The New Church Hope for the Future January 26, 2017 Coleman Glenn

Is the world coming to an end? One of the most startling claims of the New Church is that the “end of the age” and the Last Judgment referred to throughout the New Testament do not refer to the destruction of the world, but are instead spiritual events that have already taken place. But if that’s the case, then just what IS the New Church’s hope for the future of life on planet earth?

What the Last Judgment did and did not accomplish.

Swedenborg wrote that the Last Judgment occurred entirely in the year 1757. If you’ve looked outside lately, you’ve probably noticed that the sky has not rolled up like a scroll, that the earth has not been consumed by fire, and that the righteous are not living in a giant golden city. So what happened? According to New Church theology, the judgment was a spiritual event – a revelation, a making-clear, of the hypocrisy and evil that had come to dominate Christianity by the eighteenth century, which led to a re-ordering of heaven and hell. Because all human thought stems from spiritual reality, that spiritual judgment brought about a change in the human spirit:

“People in the church will henceforward have more freedom in thinking about matters of faith, and so about the spiritual matters which have to do with heaven, because of the restoration of spiritual freedom. For now everything in the heavens and the hells has been restored to order, and it is from there that all thought is influenced about Divine matters or against them.” (Last Judgment §73)

The effects of the spiritual last judgment have been gradual, and will probably continue to be so.

The changes that happened in 1757 weren’t immediately visible:

The future state of the world will be exactly the same as it has been up to now; for the mighty change which has taken place in the spiritual world does not cause any change in the external appearance of the natural world. So just as before there will be politics, peace-treaties, alliances and wars, and all the other general and particular features of society….  (Last Judgment §73).

While there may not have been immediate visible effects in 1757, I’d argue that in retrospect it’s fairly clear that a world began to end in the 18th century. The world of Christendom, where nationality and identity and religion were inextricably intertwined, has largely collapsed, and in the Western world at least, religion is seen even by the most devout as an individual choice. There are upsides and downsides to this, but I think at least it’s evident that we are living in a new age.

As a pessimist by nature, I tend to focus on the downside – and I do believe that before something new arises in the world there will be a lot more falling apart (see, for example, the current political climate in the U.S.; my friend Joel Brown wrote a New Church Perspective article on this entitled “Things Fall Apart“). But there is also evidence already of new birth, new positive ideologies – an almost complete rejection among Christians of slavery, for example, and a challenging of male domination over women. But the changes have been gradual, and I expect them to continue to be so.

I don’t know exactly what the future holds, and neither does anyone else.

Even if change is gradual, I do expect change to continue. What will it look like? That I don’t know. And, I believe, neither does anyone else; Swedenborg testifies,

I had various talks with angels about the future state of the church. They said that they did not know what would happen, because the Lord alone knows the future. What they did know was that the servitude and captivity, in which people in the church have up to now been held, had been taken away, so that now through the restoration of freedom they could better perceive interior truths, if they wished to do so, and thus, if they wished, become interior people. But they said that they still had only faint hopes of the people in the Christian church, though much better hopes of a people far removed from the Christian world and sheltered from its attackers. (Last Judgment §74)

So, I have hopes and expectations and a general outline of where I think things are headed, but human freedom being what it is – I could be wrong. What I do trust to be true is that God will never stop creating new human beings, since infinite love can never have “enough” people to love.

There IS hope for a world of restored unity, and even a great decrease in war, natural disasters, and diseases.

Despite the fact that I don’t expect drastic overnight change, I do expect gradual movement in a positive direction. And if more and more people begin repenting of sin and turning to the Lord Jesus Christ as the one God, I expect there to be greater and greater unity in the world. There are prophecies of harmony and peace – that the “lion will lie down with the lamb,” that the law will be written on everyone’s heart – that, according to True Christian Religion, have yet to be fulfilled in the Church:

It is well known that these events did not take place in the previous churches. The reason is that they did not approach the visible God, whom all are to know. It is also because He is the Word, that is, the Law, which He will set in their midst and write upon their hearts. (True Christianity §789)

If and when that happens, I expect that to affect even physical things like diseases, because everything in the physical world is a manifestation of a spiritual reality. If by their choices, human beings give heaven more power than hell, even the physical world changes. People will still be in freedom to choose, but I believe we can return to the original plan – that God’s will is done “on earth as it is in heaven,” that people in the physical world act as a body for the spirit of heaven. 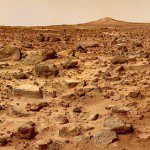