If you want to make a Swedenborgian squirm, bring up aliens. In several works, Swedenborg reports speaking to spirits from other planets – and not just any planets, but the planets in our solar system, including gas giants Jupiter and Saturn, as well as our own moon. Understandably, most Swedenborgians try to avoid this as a general topic of conversation; and just as understandably, critics try to bring it up early and often.

How does a faithful Swedenborgian reconcile these reports with modern science? There are a number of approaches. Some suggest that the inhabitants of those planets lived eons ago, and Swedenborg was talking to long-departed spirits (although he wrote of these spirits having ongoing communication with current inhabitants of their home planets). Others suggest that these extra-terrestrials have a different physical composition from humans on earth, and maybe even inhabit another dimension. One of the most popular approaches, taken by renowned translator John Chadwick among others, is to suggest that Swedenborg was mistaken about the origin of the spirits he was talking to – that the spirits whom he thought of as coming from Mercury, for example, in fact came from a planet close to a different sun.

For me, this used to be a big sticking point in accepting the truth of the Doctrine of the New Church. But I’ve seen enough that convinces me of Swedenborg’s veracity that my approach now is simply to say, “I don’t know how this works, but I trust it’s true one way or another” – a version of the affirmative principle described in Arcana Coelestia. I don’t have a problem with the fact that Swedenborg describes conversations with extra-terrestrial spirits.

But I DO have a related problem. The problem is this: because of the discomfort in trying to reconcile science and revelation, a lot of Swedenborgians avoid anything to do with aliens. In so doing, they miss reading one of the most accessible, engaging, and entertaining works in the New Church canon: Earths in the Universe, also published as The Worlds in Space (online text of this more modern translation here). Why shouldn’t it be missed? Let me count the reasons:

1. It answers the question, “Why was the Lord born on this planet?”

We now know that the universe is unimaginably immense; scientists estimate that there are more stars in the sky than grains of sand on earth. That’s a lot. So, in all that immensity – why would the God of the universe take on a human body here on our little rock?

2. Reminds you how puny you are (and that God loves you anyway).

3. Describes a tiny slice of the infinite variety that makes up the universe / heaven.

Here’s my favorite thing about The Worlds in Space: it describes quirky, vastly different groups of people, all of whom somehow together make up parts of God’s universal kingdom. If you can realize that heaven has enough room for the annoyingly fact-hungry Mercurians and the science-averse Jupiterians, you can grant that it may have room for similar people from this planet, as much as they may get on your nerves. Reading about the various spirits expands my ability to feel affection for a broad variety of earthlings. 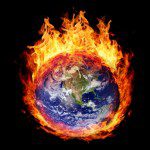 January 26, 2017
The End of the World As We Know It? The New Church Hope for the Future
Next Post 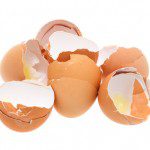 January 31, 2017 Breaking a Few Eggs: Donald Trump and the Toxic Principle of Guilt by Association
Recent Comments
7 Comments | Leave a Comment
"nice article."
Brandon Roberts When the devil tries to ruin ..."
"Mirrors reflect the images as they are. They are tools of self reflection to help ..."
trina@crossed.us Four Ways of Looking at a ..."
"I'm not sure I follow what you're saying, but it sounds like you're pointing out ..."
Delphi Programmer Is There Marriage in Heaven?
"That's a very interesting perspective. So, in essence, what you're saying is that committed exclusive ..."
Delphi Programmer Is There Marriage in Heaven?
Browse Our Archives
get the latest from
Progressive Christian
Sign up for our newsletter
POPULAR AT PATHEOS Progressive Christian
1

How come I can't see you...
slacktivist
Related posts from Good and Truth

Why We Believe Things that Aren't True
Over the years that I have been writing this blog, those who...

Double Binds And Paradoxes
The Revised Common Lectionary this week gave us an attempted double bind...

Conversations About Women in the Bible
Let me begin with the delightful opportunity I had to talk with...
view all Progressive Christian blogs
What Are Your Thoughts?leave a comment
Copyright 2008-2021, Patheos. All rights reserved.