When Grievers Say the Things You’re Not Supposed To Say to Them February 6, 2017 Coleman Glenn 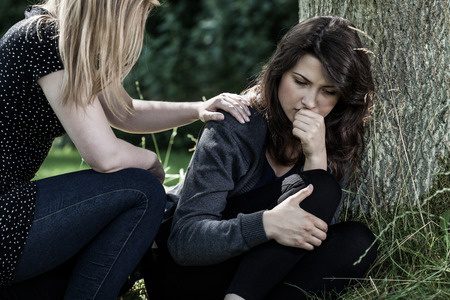 Over the years I’ve come across a number of lists of “things not to say to grieving people,” sometimes along with better things to say instead. I’ve found these lists to be immensely helpful (and sadly I’ve managed to say a number of the things on them anyway). Here’s one I particularly like, from Tom Fuerst at Ministry Matters. I don’t agree with Fuerst on some of his points, but on the whole I think he’s spot on.

Some of these things we might be inclined to say are simply too open-ended to be helpful. But the worst of them are not just unhelpful – they are theologically unsound, portraying God as causing evil rather than merely permitting it. This isn’t just an abstract theological problem for me. When my wife Anne was diagnosed with cancer last year, it was a huge comfort to know that God did not will it, God did not cause it, and yet that He would bring good from it. I firmly believe that God brings good out of all evil, but that it is never His will that someone experience evil, including untimely or tragic deaths.

I learned all this in theological school, but something took me off guard once I began pastoring: more often than not, when I hear expressions like this (e.g. “God took him away from me”) they are coming from grieving people themselves. These are the things they tell themselves and others to help them cope. And that leaves me with a question – how do I respond when a grieving person expresses a belief that I think is going to be harmful to them in the long run? Here’s what I think I’ve learned.

This should actually be number 1, 2, 3, and maybe 4. This doesn’t mean that I just sit silently – that can get pretty awkward – but if a grieving person is talking, my job is not to correct, not to interject, but to listen. I try to listen to the content of what they’re saying, and also to listen for the motivation behind it – the grief and love that they’re speaking from.

You see this in the Lord’s response to grief. Even though He knew the answer, He asked a grief-stricken Mary who did not yet recognize Him after the resurrection, “Why are you weeping? Whom are you seeking?” (John 20:15). Throughout the Word, God asks people to pour out their hearts to Him, even though He already knows every detail of what is happening with them. He listens. He knows that this is a big part of what they need.

In most of those misguided sentiments – e.g. that God took a child to heaven because He needed her there more than she was needed here – there is at least a grain of truth. It is true that God’s providence is over all things, it is true that He has a unique role in heaven for everyone, and it is true that He will bring good even out of evil. I’ve found it helpful to affirm and restate that truth, rather than directly challenging what is false in the statement. And I’ve found it’s also helpful to affirm the affection behind the words; in the instance above, for example, saying something like, “Yeah, she really is special, isn’t she?”

The Lord set an example here. When Jesus’ friend Lazarus died and Jesus arrived 4 days later, Lazarus’s sister Martha said to Him, “Lord, if You had been here, my brother would not have died. But even now I know that whatever You ask of God, God will give You” (John 11:21-22).

Her words hint at an accusation against Jesus, that He should have been there. But he doesn’t respond to that criticism, doesn’t rebuke her for her lack of faith. Instead, He affirms her correct belief that there is still hope: “Jesus said to her, ‘Your brother will rise again’” (John 11:23).

When a grieving person expresses a sentiment that we think is untrue or even harmful, it’s important to recognize that for them, this could be the only thing holding them up at the moment. It’s not fair to cut that out from under their feet. And that’s not the way God works – He bends rather than breaking, especially when it comes to deeply held religious beliefs.

This doesn’t mean we can’t say anything in response to these kinds of statements. After we have affirmed what is true, there’s sometimes a chance to offer a thought that adds to what they’ve said without contradicting it.  So, for example, if someone believes that God took their child – I can first listen, then affirm the reality that that child is in God’s care, that God loves that child, and finally add something like, “And I believe God knows our pain and weeps with us.”

This is what the Lord did in His conversation with Martha. When He told her that her brother would rise again, He was affirming something she already believed; she replied, “I know that he will rise again in the resurrection at the last day” (John 11:24). Jesus replied with an amplification, a new perspective on this belief she already held: “I am the resurrection and the life. He who believes in Me, though he may die, he shall live. And whoever lives and believes in Me shall never die” (John 11:25-26).

It’s important to keep in mind that these things I’ve found to be true are only guidelines. Every situation is different. In some relationships, you might be close enough to know that what a grieving person needs is for you to speak bluntly – “no, that’s not true, and you know it.” There are instances of the Lord rebuking people even in their grief, for example calling His disciples “foolish ones, and slow of heart to believe” on the road to Emmaus (Luke 24:25). But in many more situations, I think it’s best to err on the side of listening and affirmation. There will be opportunities down the road to go into more theological detail, to challenge or disagree. In the moment, what’s needed is help to strengthen whatever supports a person is resting on.

Finally, as with just about anything else, humility is key. I’m 100% certain that I have some things wrong in my understanding of God’s providence and the way the universe works. Maybe the grieving person has some insights I don’t have access to. Maybe the Lord is trying to teach me something through them. It’s all the more reason to remember the first point – my first job is to really listen.

What about you? Have you experienced this? What insights do you have? This is an area where I know I still have a lot to learn. 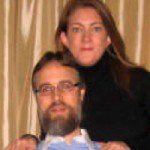