What community theater has taught me about incarnation 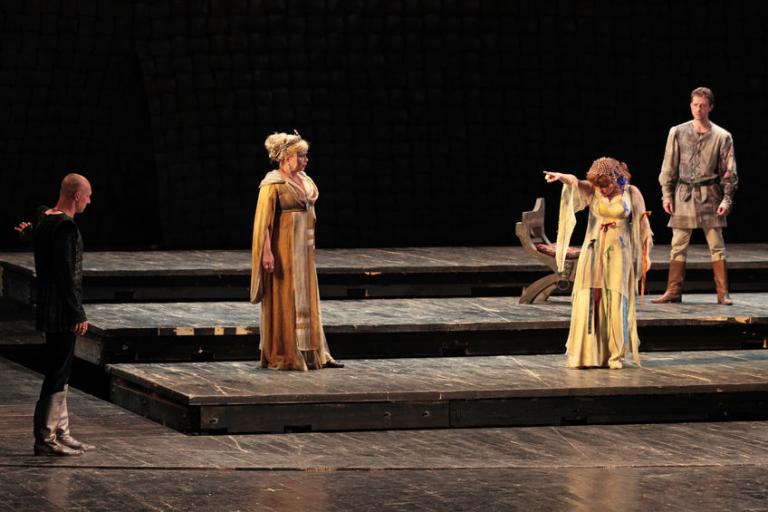 This May, I’ll be playing the part of Borachio in the Bryn Athyn Community Theater production of Much Ado About Nothing. Apart from a few (truly epic) faculty / staff plays at Kainon School in South Africa, it will be my first time on stage as an actor in almost ten years. If you’re in the area: come check it out!

Once upon a time I thought theatre would be a much bigger part of my life than it has been. In 2004, after studying for two years at the tiny Bryn Athyn College of the New Church, I transferred to the slightly-less-tiny Kenyon College with grand dreams of majoring in English and drama, two of the strongest programs at Kenyon.

The courses at Kenyon fed my soul. I had the privilege of taking “baby drama” (Intro to Theater) with the now-departed Tom Turgeon. I took a Shakespeare course with the brilliant Adele Davidson. I was pursuing two of my greatest passions – which, in reality, were two sides of the same coin.

My passion for theater grew out of my passion for literature, my love for language and stories. I love to dig deep into the lives of literary characters, to wonder about their motivations. I like to analyze plots and devices, to draw out motifs and themes, to enter into the conversation between author and readers.

I enjoy the academic analysis of literature. But what I love even more is taking that analysis and trying to create something living out of it. Improv is fun and can be powerful, but my favorite theatre is the theatre that puts human flesh on a literary soul. I can go on and on about the various things that motivate Hamlet to act as he does (really, I can – don’t get me started) – but a good actor can inhabit that character and express things that can’t even be put into words. To me, an enacted play is the purest form of literary analysis, the best way to explore and play with a written work of art.

I got to plunge myself into literature and drama at Kenyon. And yet, after just one semester there, I transferred back to Bryn Athyn to major in religion.

What happened? While at Kenyon, I realized that as much as I loved diving into literature, the one thing I loved even more was diving into the sacred texts of my faith. I had seriously considered becoming an English teacher; but if pressed, I realized that the texts I would actually want to teach most would be the Bible and the Doctrine of the New Church.

So I returned to Bryn Athyn, finished my Bachelor’s degree in religion, and went on to earn an M. Div. and be ordained as a minister. I’ve served in that capacity ever since, and I can’t imagine a more fulfilling path. But I have not left the theatre behind.

How the Word becomes flesh

What I didn’t realize when I first chose the path of ordained ministry – what I’m really just starting to reflect on now – is how much my love for theatre overlaps with my theology.

The central tenant of New Church theology is that Jesus Christ is God incarnate. In the words of the Gospel of John, “The Word became flesh and dwelt among us” (John 1:14). “The Word” in that context refers to God’s self-disclosure, His truth, His order, His wisdom – all of which (according to New Church theology) are contained in Scripture. What happened at the incarnation is that Truth took on actual flesh.

This is not the same thing as a theatrical presentation of the truth. But there are strong parallels. The truth as expressed in words and symbols is to some degree incomplete. The descriptions of God’s mercy, the examples of God’s justice, in the Old Testament do convey something of God’s character. But it is when they are actually enacted, when God takes on human flesh and eats and breathes and touches people and gives up His life to demonstrate sacrificial love – that expresses the truth more fully than it can be expressed in any kind of textual analysis. Just as a dissertation on Hamlet contains less truth than Hamlet embodied, the most erudite theological treatise pales in comparison with the embodied Lord.

Playing the part to learn the part

So, there’s the first theological gift my experience in the world of literature and acting has given me: a lens for seeing how Jesus’ actual life matters more than abstract theology. But there’s more than this: if I want to know God, if I want to experience something of who He is, then it’s not enough just to think about Him – I myself have to do something with it. This, too, is something I see clearly in theatre.

Even though we haven’t had our first rehearsal yet, I’ve already started learning the part of Borachio. I’ve been memorizing his lines, and starting to explore who he is and what motivates him. I look at the text for guidance here – what do Borachio’s words to the different characters reveal about what makes him tick? What do his relationships with those characters say about him? It starts as a more abstract analysis.

But if I want to go deeper, I have to actually put myself in his shoes, trying on different interpretations. If he’s motivated primarily by greed, how do I experience his apparent repentance near the end of the play? If he’s motivated by a desire for fun, how do I deliver lines that seem cruel? It’s in starting to explore these areas – to actually act them out, to think from them, to speak from them – that I start to get a grasp of a complete three-dimensional character. I get to know Borachio by playing Borachio.

But even that isn’t enough, because Borachio doesn’t exist in a vacuum. I can’t really get to know him until I am playing his interactions with the other actors who are embodying the other characters. The same words from Borachio mean vastly different things depending on if they’re spoken to an angry opponent or a teasing friend. It’s only in the context of the community of players that I can get to the full expression of Borachio.

What does all that have to do with theology? Well, it is a central tenant of New Church theology that, in a reversal of the intuitive order, the way to know the truth is to first live by it. Just as I can’t get to know a character until I’ve started to walk in his shoes, in the same sense, I don’t REALLY know what it means to “love my neighbor” until I’ve started trying to do it. And in the deepest sense, what this means is that I don’t really get to know the Lord until I’ve practiced (and practiced and practiced) living from His life.

This isn’t identical to playing a part in a play; I’m not “pretending” to be Jesus. But following the Lord really does involve a certain amount of imitation; after washing His disciples feet, Jesus said, “I have given you an example, that you should do as I have done to you” (John 13:15). And if Jesus is the embodiment of everything good and true, the ultimate expression of what it means to love, then any time I am trying to live in love and faithfulness, in a real sense I am trying to embody Him. Every time I do that, every time I recognize a different piece of what it means to be a loving human being, I get to know Him a little better.

And that happens in community. God is fully embodied as Jesus Christ, but those who live from His love and wisdom also make up His body here and now. Incarnation is not just something He did; it’s something that He is calling us to participate in. I can’t enact His love all by myself anymore than I can play Borachio apart from Don John and Hero and Claudio. It’s in the community of people trying to embody His truth in a myriad different ways that we start to see and experience all the different facets of who He is. We all play our parts, listening to each other and deepening our roles, and we discover something beautiful together. 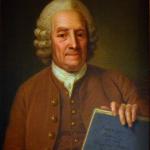 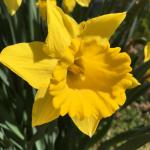 April 20, 2018 I Know What It Feels Like to Be a Painted Flower
Recent Comments
0 | Leave a Comment
"nice article."
Brandon Roberts When the devil tries to ruin ..."
"Mirrors reflect the images as they are. They are tools of self reflection to help ..."
trina@crossed.us Four Ways of Looking at a ..."
"I'm not sure I follow what you're saying, but it sounds like you're pointing out ..."
Delphi Programmer Is There Marriage in Heaven?
"That's a very interesting perspective. So, in essence, what you're saying is that committed exclusive ..."
Delphi Programmer Is There Marriage in Heaven?
Browse Our Archives
Follow Us!

Against The Bloviating Justifiers Of Eucharistic...
Clint Schnekloth
Related posts from Good and Truth