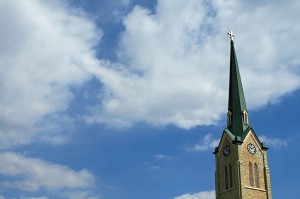 Our neighbor Jack is a retired widower. He goes to a mainline Baptist church. It’s a massive structure on the edge of what some here call the ghetto. Years ago this big church saw the majority of its members take flight to suburban churches with coffee shops and rocking praise bands.

But there is, in that magisterial building, a haggard group of diehards trying to continue on, trying to fulfill the calling to love their neighbors. Jack is one of them.

He once invited my daughter to be in their Christmas musical. They were trying to fill a children’s choir from their neighborhood but couldn’t find enough kids willing to join, so they resorted to casting their net a little wider. He and my wife, who does much of her work in one of the poorest city neighborhoods, talked about what his church was trying to accomplish.

Jack described the things they were doing, and he himself made the observation, after describing some programs, that their mostly African-American neighbors are not the least bit responsive to their attempts at doing good in the area.

It is because these well-intentioned church members are using the golden rule; it is not only insufficient, it can be downright counterproductive.

In his article “Overcoming the Golden Rule: Sympathy and Empathy,” Milton J. Bennett explains the problem with the golden rule is that “we commonly apply the rule in a way that obstructs our path toward intercultural understanding.”

Bennett explores the philosophical basis for the common American understanding of the golden rule, and concludes that it comes from our assumption of similarity and single-reality theory, which posits that there is one single true way of viewing the world. This leads to the idea of the melting pot—which still holds sway whether or not it has been disavowed and is no longer taught in our grade schools—“where mainstream American culture is the one true frame of reference.”

The result is ethnocentrism, which is “the tendency to view people unconsciously by using our own group and our own customs as the standard for all judgments.” Bennett writes it is understandable that some scholars claim “ethnocentrism is at the root of racism.”

If he is right, racism and our current understanding of the golden rule grow from the same soil. No wonder it isn’t working as we think it should.

The communication strategy associated with this way of thinking is sympathy, which is the ability to put oneself in another’s shoes. Not a bad thing, if you do not stop there.

The problem with sympathy is that how I believe I would feel in a situation is not necessarily how the person in that situation actually does feel. Sympathy stems from the notion that there is an ideal attitude to have toward things, an ideal way to feel about the world, and that I am in possession of it.

So, in my honest attempt to help my neighbor, I come to him and say, “I know how I would feel if I were where you are. I also know what I would want done for me. That is what I will do for you.” And if he doesn’t agree with me, then I may feel it necessary to apply what Bennett calls the “lead rule,” which attempts to educate him, to help him see things in the correct way, my way, and thereby know, as I know, what is best for him.

In contrast to similarity and single-reality, Bennet suggests we assume difference and multiple-reality theory, which casts out the broad generalizations necessary for the assumption of similarity and forces us to treat each individual as just that: an individual with her own dreams and desires and motivation. Individuals within a culture are different from one another, and then cultures are different from each other.

Bennett calls this the platinum rule. I do not roll in and announce how I’m going to help, because I know how I would want to be helped. I try to understand from my neighbor’s perspective, as best I can. Instead of doing unto others as I would have others do unto me, I do unto others as they would have me do unto them.

That means getting to know my neighbor, which can be uncomfortable, inconvenient. It means actually being there.

Or it might mean not being there at all, if that is what my neighbor wants. 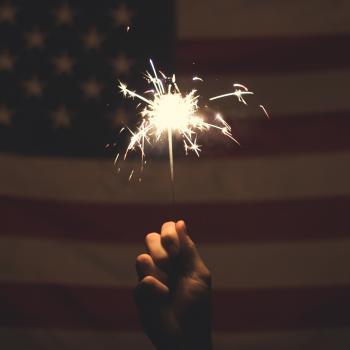