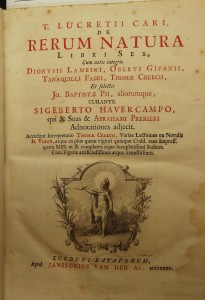 His works have appeared in Image, The New Yorker, Poetry Magazine, The New York Review of Books, Smithsonian, The Atlantic Monthly, Harvard Divinity Review, and First Things. His poetry has been widely anthologized, including the poem “Incarnation” from his collection Heaven and Earth, which appears in the newly released Light Upon Light: A Literary Guide to Prayer for Advent, Christmas, and Epiphany from Paraclette Press.

Curious about his clear-eyed perspective on Western faith and literature, I interviewed Amit for Good Letters.

SA: Your list of vocations and interests is astonishing. To what extent were these cultivated in your household growing up?

AM: When I was a boy, the only books of fiction or poetry in our house were the ones I got from the library. I used to leave them on tables and armrests everywhere, and my mother used to get a little exasperated at this clutter. Nor was my family, growing up, particularly devout. My parents are both highly educated, both physicians, so there were medical textbooks and journals aplenty. They came from very cultured families, too; it just wasn’t a literary culture.

So there was plenty of singing and music, and they grew up speaking a highly refined variant of their language (the Gujarati equivalent of the Queen’s English that set my relatives instantly apart from other Gujarati-speakers). They also have the self-restraint that was part of their Brahmin heritage—drinking and smoking were simply not done in such families, and I myself have never tasted alcohol or smoked a cigarette.

So my profession and personal habits derive from my boyhood household, but my literary and religious obsessions came out of nowhere. Who knows? This may well be momentum from a past life.

Essentially I live two lives—you can think of me as two apples on the family tree. One apple didn’t fall far from the tree; the other apple detached and floated skyward.

SA:  In your vocations you bridge several worlds that are often isolated from—and even at times antagonistic toward—each other: art, religion, science. How have you managed to cultivate all of these without submitting to the ultimate allegiance that each seems to require? Are you composing poetry while in a white coat? Or are these worlds mostly separate?

AM: It’s true that they are often isolated. My choice of the family profession, medicine, has given me a whole different kind of knowledge that’s usually separate from the literary and religious kinds, which I have pursued on my own. I suppose it was inevitable there would be crosstalk; the concepts are all knocking around in the same skull.

The real interesting point you make relates to their antagonism. That interests me because I have never felt it. The antagonism between science and religion is not an invented one—there are people who feel it and struggle with it—but it is certainly a culturally specific one, very dominant in the West.

This sense of science opposing religion is not as common among Hindus and Buddhists. I know that in my case, the tension between the two is simply missing.

Of course, the long, rich tradition of Christian theology has known better than to treat the Bible as a mere physics or history textbook. One has to wonder: Where did this antagonism come from?

To my mind, there are two groups of thinkers in the modern era who insist on interpreting the Scriptures, verse by verse, as literal fact: Polemical atheists and fundamentalist believers. These two are always at loggerheads precisely because they have so much in common. Each insists on absolute literalism, though for different ends.

Both sets of thinkers possess identically rigid minds; both are dead to poetry; but it’s they who dominate the religious debate in our time and stoke this science-religion antagonism.

It is one of the great ironies of religious history that the same attack made most commonly by modern atheists against Christianity—that the stories it tells are insufficiently factual—is identical to the attack made by the early Christians against the mythopoeic pagan religion of the Classical world: This never really happened—human beings (or in St. Justin Martyr’s theory, the Devil) invented these stories.

The key Western mind, for me, is the German writer after whom I strive to model myself: Goethe. He is the Unified Field, not in theory but in practice. We forget that Goethe was one of Darwin’s immediate precursors. Goethe’s scientific work on plants, which posits a single “Ur-plant” (Urpflanze) that differentiated into all the known plants, is a metaphor for Darwinism’s vision of all life.

Goethe understood evolutionary theory thirty years before it was formally articulated in The Origin of Species. And yet Goethe is also the poet who wrote the tremendous, archangelic “Prologue in Heaven” that commences Faust.

Sarah Arthur is the author or editor of nine books, including the literary guides to prayer from Paraclete Press: Light Upon Light: A Literary Guide to Prayer for Advent, Christmas, and Epiphany and At the Still Point: A Literary Guide to Prayer in Ordinary Time. She is a fun-loving presenter for events around the country, including the annual C. S. Lewis Festival in Northern Michigan and the Frederick Buechner Writer’s Workshop at Princeton Theological Seminary. Her website is www.saraharthur.com.

November 13, 2014 Epic Tales: an Interview with Amit Majmudar, part 2
Recent Comments
0 | Leave a Comment
""Aural" refers to hearing, "visual" to seeing"
merphd The Gutenberg Imagination
""It doesn’t matter when you start the Sinatra Christmas playlist or put up your tree. ..."
C_Alan_Nault How to Win the War on ..."
"Yup."
Max Marvel Finding My Inner Calamity Jane
"I an confused by the use of "aural" here: "In The Gutenberg Galaxy, he explained ..."
William G II The Gutenberg Imagination
Browse Our Archives
get the latest from
Catholic
Sign up for our newsletter
POPULAR AT PATHEOS Catholic
1