The Art of Steve Prince

Steve Prince, a New Orleans native, works primarily in printmaking and drawing. His richly textured images are steeped in religious and visual culture; critic D. Eric Bookhardt characterizes their metaphorical power as “an ability to elucidate inexplicable worlds within worlds.” Prince’s recent work includes the Katrina Suite, a series (created in public spaces) on the devastation of Hurricane Katrina and the resurrection and rebuilding afterwards. Beth McCoy interviewed Prince for Image in this web-exclusive interview.

Image: Your mentor, John Scott, is integral to all of your work, and certainly to “The Katrina Suite.” How are his life and work important to yours, and what and how did he teach you about multiple forms of faith?

Steve Prince: When I was a student at Xavier University of Louisiana I was profoundly impacted by the teachings of artist John Scott. His impact seeped into every aspect of my life. What stood out to me was Scott’s genuine love for his craft, his family, his community, and his profound understanding that the gifts he was given needed to be passed on. Whenever he gave you something and you responded to him by saying “thank you,” he would in turn respond, “pass it on.” It is that spirit of giving that is central to my artistic endeavors.

Artistic production is not simply about making pretty pictures. It is about making work that speaks to the spirit. Through the creation of the Katrina Suite I was grappling with issues of loss and despair that I harbored in my heart, but I also understood that I am connected to a communal, global body. Not only do I feel a deep urge to “pass it on,” I feel convicted to speak truth to power with those gifts.

Whenever I had a conversation with John Scott it would center around work. He would ask, “How is your work coming?” and I would tell him about the things I was creating or preparing to create. He would offer new ideas and encourage me to push the ideas I was exploring and to look at them from multiple vantage points and continue to research. He caused me to see that creative potential was within everything all around me and my life was full of possibilities.

That kind of awareness transcends the creation of things; it springs forth in the relationships that one cultivates with people regardless of ethnicity, socioeconomic status, faith practices, disabilities, etc. When I see people I see a myriad of possibilities for how we can build a relationship. I am a follower of Christ and in His teachings, He welcomed all to the “great supper.” I am not perfect, but in my daily dying to those things that separate me from truth, I strive to be more like Christ.

Image: You composed each Second Line Horseman in front of actual people, and not in the privacy of a studio. What is it like to do such delicate graphite work in front of other unpredictable human beings? And what do you think it was like for other human beings to witness the unpredictable artistic process so close at hand?

SP: When I conceptualized the creation of the “Second Line Horsemen” I felt it important to make those images like a performance piece, where the word is made flesh. Creating work in the studio for me is meditative and serene. I am in my own head. But I disrupted that distance I normally have with my audience and drew them into the conversation I have privately, allowing them to ask questions, and see the massive bodies come into being. I wanted them to see the aggressive strokes upon the page, the physicality of making, to feel the rhythm of the body fighting against the wind, and to feel the ominous power of life and death colliding to make room for new beginnings.

I was able to share with them the history and the symbolic structure of those bodies, and create signifiers of hope and restoration. I remember being in San Antonio, where I had a conversation with a little boy named Avery and he was fascinated at the pace with which I was creating, and I was able to talk to him about those things that are fundamental to our survival; hard work, dedication, passion, and vision. A number of people thanked me for allowing them to get so close to the process.

Several people came out each day to witness the progress being made on the images. Many people asked why I chose the horseman as a subject, and I was able to share with them the story of my home and offer a vision through the eyes of an artist. Each city I created the images in was different in terms of space, place, and the human interaction. I invited that unpredictability like the jazz musician trying to keep step with his band members. Those shifts and changes that are part of the fragility of life and the nature of control (or lack of control) were exhilarating.

Even with the deconstruction of the studio walls around me I was still in a place of familiarity and comfort. Creating in communion with the created, to create something new in each witness.

Image: Your work in “The Katrina Suite” draws from so many sources. Can you tell us a bit more about how your life experience served as source?

SP: I was raised Catholic. I served as an altar boy for many years. I went to Catholic schools from first grade to undergrad. I am steeped in the rich roux of Christian iconography and biblical stories that have fascinated me all my life. I am an avid reader of mythology from many cultures, and I have been captivated with America’s past of slavery and with civil rights history. I was raised in a middle-class community in New Orleans, where I was insulated from urban blight and hardships due to the grace, sacrifices, and hard work of my parents.

I have personally felt racism’s sting. I remember the stories from my father and mother of the stultifying conditions they have endured. But my parents always encouraged me to seek God, truth, and knowledge in spite of it all; they taught me to love. I am a student of art history and the myriad of artists across cultures who have used their work to champion social justice to expose and unearth that which has been buried.

Image: In which directions are you taking your work next, and how can we follow your path?

SP: I am currently working on a series titled “Old Testament.” The series is comprised of linoleum cuts. The premise is that true love is like an old testament made new each day. The series endeavors to explore the emotional terrain of couples carving out a space despite a contesting world, in an attempt to maintain a covenantal love within the complicated context of home. The images of this series reflect various themes derived from the Old Testament placed in a contemporary framework; each piece is named after one of the thirty-nine books of the Old Testament.

The work is semi-autobiographical in its nature, but it is my hope that both couples and people in general will be able to enjoy the subtle love tale I am crafting.  I am grappling with the fragile nature of this fleshy body, painting a story of maturation, transformation, and a daily renewal of what was stated in marriage vows. I will also continue to create works within the “Urban Epistles” and the “Katrina Suite” series, because as I grow and mature, so does my vision.

The above image is property of Steve Prince, used with permission. 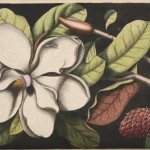 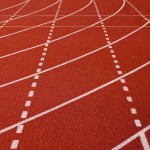 October 6, 2016 The Day My Daughter Found Herself
Recent Comments
0 | Leave a Comment
Browse Our Archives
Follow Us!

I love it when Catholics Nerd...
Catholic and Enjoying It!
Related posts from Good Letters