Gospel for Asia: Do FBOs Help Decrease the Levels of Poverty in Our World?

Gospel for Asia: Do FBOs Help Decrease the Levels of Poverty in Our World? October 17, 2017 Karen Mains

With our headlines screaming about one disaster after another—fires in the California hills, hurricanes, flooding, drought and warming seas rising—and with the increasing incidents of gun violence here in the States and of terrorism activating itself in the Middle East, the near East and in Europe, it is easy to forget there is good news happening beyond this barrage of warnings, distress signals and red flags flying.

One of the great news notices a majority of people have missed is that the U.S. Agency for International Development (USAID) announced in March 2016 that in the last 30 years, extreme poverty around the world has been reduced by half. This information was based on a United Nations assessment following its goal-setting at the dawn of the new millennium: to eradicate poverty by 2030. 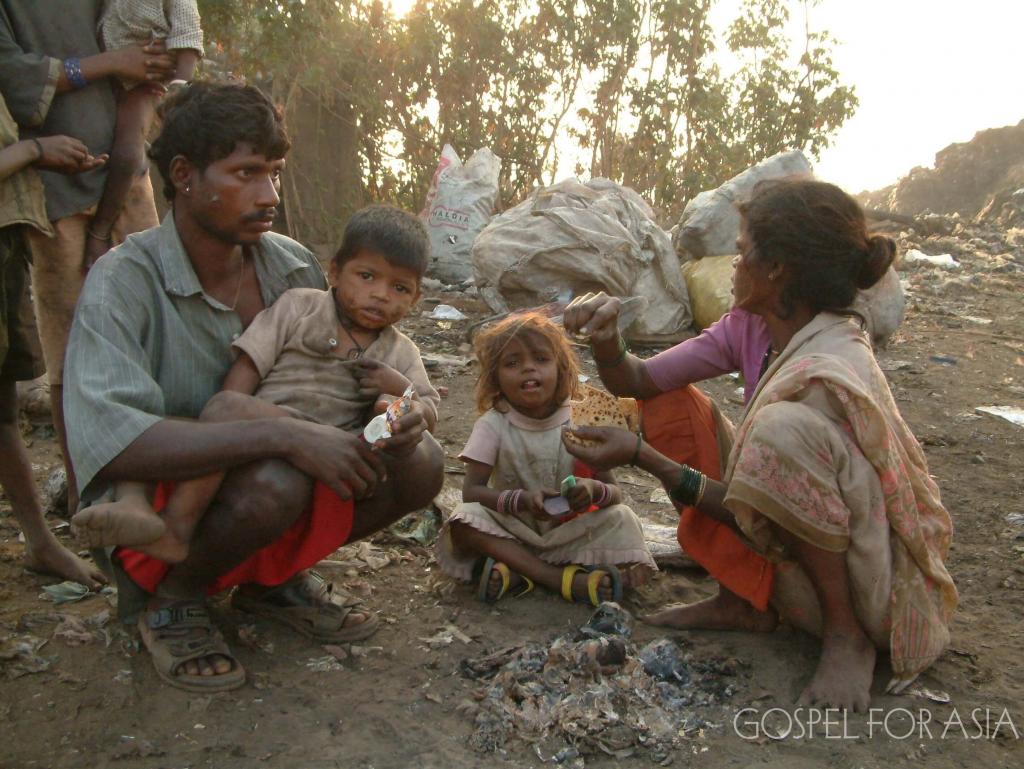 This initiative was included in what was titled The Millennium Development Goals, which included eight international goals for the year 2015 that had been established following the Millennium Summit of the United Nations 2000. Among the goals were:

Some critics have complained of a lack of thorough scientific analysis behind the millennial sustainable goals and its recently announced outcomes. Questions have risen about the justification for some of the analysis behind chosen objectives. Even deciding what comprises a poverty level baseline is difficult (right now it is those who earn less than the equivalent of $1.90 U.S. per day).

All experts on the topic know that whatever true success has been achieved (the World Bank, according to its studies, feels that the statistical results are even better than those announced by the United Nations), the situation of the marginally poor, those rising out of extreme poverty, is still fragile. War lords can tip one country, such as South Sudan, into starvation. Climate change, for instance, is thought to be able to plunge those with marginal economic achievements back into dire need.

The point of this good news, however, despite these considerations, is that the war on world poverty has succeeded beyond any one of the expert’s dreams. The big question for those of faith is: How do faith-based organizations (FBOs) fit into helping decrease the levels of poverty around the world? The presence of mission organizations and Christian relief and development NGOs literally span the world and can be found on every continent and in the majority of developing countries. Or perhaps, the question should be: Do they even count in this grand scheme of eradicating world poverty? 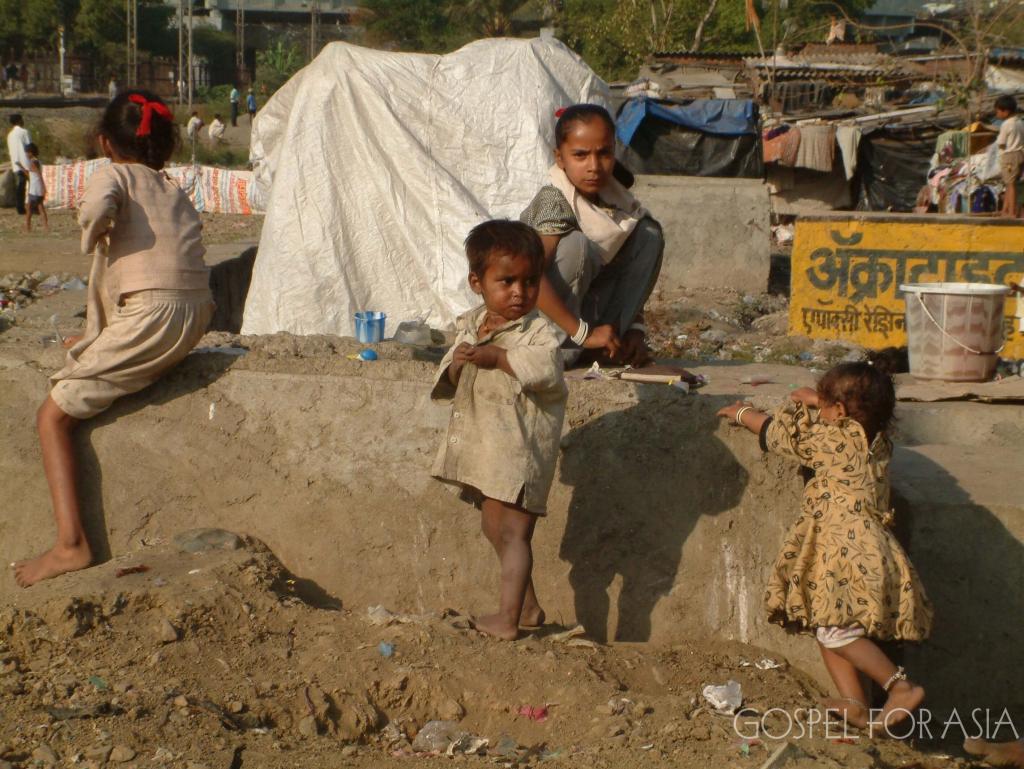 While attending the Global Missions Health Conference that convenes yearly in Nashville, Tennessee, I bumped into a gentleman, a medical doctor, who has vast experience in world health efforts. We talked about the Millennial Goals and I asked him my question: How do faith-based organizations contribute to the amazing statistics that are developing out of these worldwide initiatives? Do they? And if they do, what measurements show their contributions?

He smiled, took out a business card and wrote some notes on the back, directing me to a section of the World Health Organization’s website. “When you get time, look at this,” he told me. “Several years back, WHO did a study of faith-based organizations during the HIV/AIDS epidemic in Africa. Their conclusions were amazing.”

On arriving home, I went web-searching and found a 33-page report based on extensive research observation, followed by another three pages of resources (some 113 in all), which gave strong evidence that faith-based organizations in relationship to health endeavors were invaluable and should be included in the overall joint partnership efforts that were outlined in the Millennial Goals. Included are just a few quotable assessments out of the broad study:

The extensive evaluation offers suggestions for improvement—mostly in outcomes reporting, data collection, and the opening of dialogues between the public sector and faith-supported initiatives. One concluding section, however, begins with the statement, “Evidence suggests that FBOs already offer tangible value by: 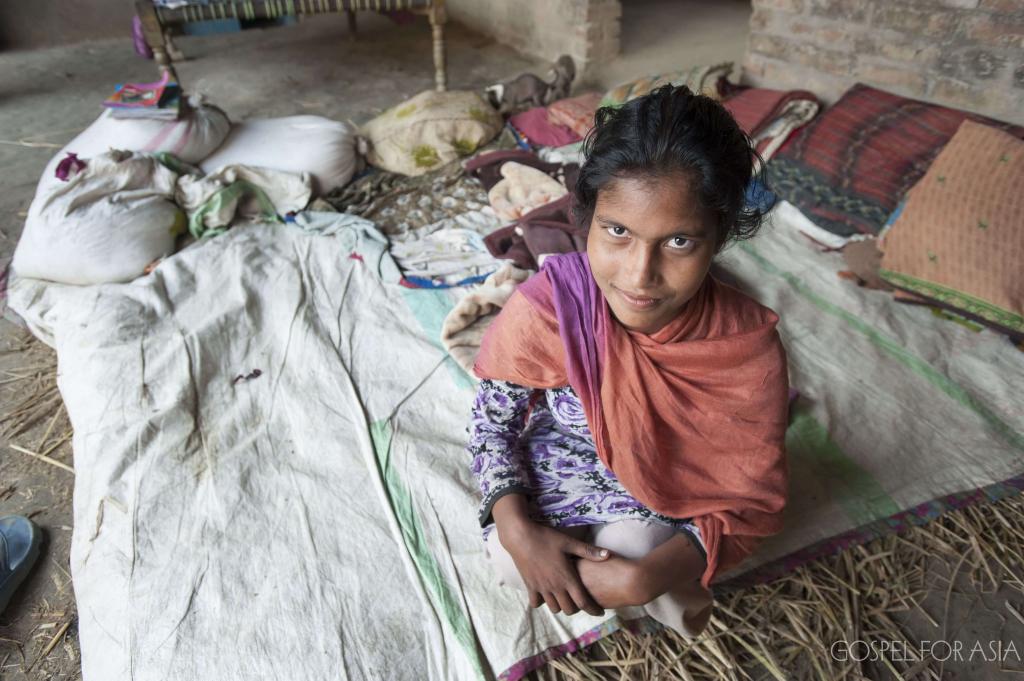 The end result of this extensive study was the recommendation by the World Health Organization that religious entities already on the ground and substantively rooted in their communities are ideally placed, perhaps even more so than many in the international aid systems, to bring a holistic (or some would call it an integral) approach to humans who suffer from the effects of dire and marginal poverty. After all, how many aid organizations are truly equipped to serve the whole person—body and mind, soul and spirit? Which of them show a multi-dimensional longing for the healing of personal and social relations, of political and ecological dimensions in this broken world?

This blog is dedicated to the exceptional work being done by one of those faith-based organizations, Gospel for Asia, which specializes in bringing the awareness of God’s love through an emphasis that is community grounded, understands the religious and cultural loyalties of the places and people they serve, and literally employs tens of thousands of financially underwritten or volunteer workers to help eradicate poverty, but in a way that ministers to the whole person, body and mind and soul and spirit.

A plumber by trade, Romila’s husband, Taraswin, worked faithfully to provide for his wife and little baby girl. However, no matter how hard he tried, he struggled to find work. Day by day they were sinking financially. A friend directed Taraswin to a job opportunity in another village. Believing this would help change things, they moved to start afresh.

But work was inconsistent, and this new job soon proved to be of no help to their financial state. As monthly rent drained their income, things did not look bright.

Then, one day, they were chatting with their neighbor, and he introduced Taraswin and Romila to his friend, a Gospel for Asia-supported pastor named Rochan. As Pastor Rochan struck up a conversation with the couple, they began to open up about their struggles. When Pastor Rochan walked away, he felt compelled to do everything he could to help this family.

Three weeks later, he invited Taraswin and Romila to a Christmas gift distribution program. Romila could hardly believe her eyes when she received her sewing machine.

“I was really longing for a machine,” Romila recalls. “I have no words to express my feelings and thanks to the church.”

Now Romila can help provide for her family by sewing clothes from her home. The hopelessness which hung over Romila and Taraswin lifted, as they now can easily pay for their rent with plenty left over for additional expenses.

Daily life was a struggle for Dhansukh and his family. Because Dhansukh had difficulty walking, he couldn’t work as a daily wage laborer, which is a common job for many people in Asia. Instead, Dhansukh provided for his family by selling vegetables.

But after some time, Dhansukh’s business began running into the ground. Fewer people made purchases, and the vegetables that remained started to rot. Dhansukh tried all he could to save money and make up for the lack. He took his children out of the private school they were attending and sent them to a public school instead. He asked his brothers and his sister for hand-me-downs for his children.

But even as he cut down on expenses left and right, eventually the vegetable-seller could no longer afford to buy fresh vegetables to feed his family. The meals they would eat in one day became fewer and fewer.

In the middle of the family’s crisis, Gospel for Asia-supported pastor Vismay came to buy vegetables one day. Dhansukh told Pastor Vismay about his business troubles and asked him to pray for him.

Pastor Vismay kept Dhansukh’s prayer request in mind, and God eventually provided an opportunity for him to help Dhansukh’s family practically by giving him two female goats at a Christmas gift distribution.

These gifts impacted Dhansukh in a special way: As he witnessed firsthand the Lord’s power to answer prayers, he realized God loved him and Jesus’ followers cared about him. And now, with the income these goats will provide, Dhansukh will be able to take care of his family.

The help this faith-based organization provided went beyond just material provision, as you can see from Romila’s and Dhansukh’s testimonies. It ministered to their soul and spirit as they understood how much they were loved by God and His people.

Often secular skeptics involved in international development look askance at those who work in faith-based missions around the world. The evidence being gathered, however, by objective outside observers seems to be producing a body of proof that some of the front-line participants in the change that is occurring in the eradication of poverty is being carried out by the unsung, unrecognized, diligent, altruistic people who love God and whose lives are driven by that love manifested as it is in concern and care for the downtrodden and the forgotten, for the abused and the neglected of the earth. Of this, those of us in faith-based communities have nothing to be ashamed.

I personally stand in awe of many of my brothers and sisters worldwide, some close friends, many of whom put their lives on the line every day, who have little thought of personal success or notoriety, who have shunned financial security and through a dogged kind of compassion serve God. One day in time, we will know what all they have done toward this remarkable goal of eradicating extreme poverty worldwide. 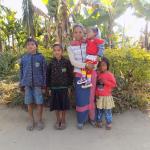 October 17, 2017
Blankets Aren't 'Cure-All' for Poverty, but They Can Change Lives, Says Gospel for Asia
Next Post 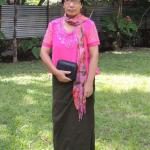 Evangelical
Gospel for Asia Summons Next Generation to 'Fight...
What Motivates Us.
TRENDING AT PATHEOS Evangelical