If a woman happens to escape the abuse so common in marriage, what happens to her once she is no longer married and becomes a widow? Does the violence against widows end?

“Gulika’s life drastically changed the day her husband died. … Bearing the title ‘widow’ was a heavy weight to carry. The sharp, condemning words of the villagers stung Gulika’s already broken heart. Because of this, the pain of losing her husband increased all the more. It seemed that every time she stepped out of her home she wasn’t safe from their harsh criticism.

“The villagers believed Gulika was cursed. They were even afraid that if she passed them on the street, she would bring them bad luck. This shame and rejection, on top of the reality of her husband’s death, grew unbearable. Soon Gulika fell into deep emotional despair.”

Gulika, like so many other widows in South Asia, incurred the blame for her husband’s death—even though he had died crossing railroad tracks as an oncoming train headed his way. But that didn’t matter. The cause of a husband’s death, no matter how arbitrary or natural, is blamed on the wife.

People believe the husband’s death came about because the wife is a curse, a bad omen. They may strip her of her jewelry, shave off her hair, and force her to wear a white-colored sari, signifying she no longer has any “color” and must spend the rest of her days on earth in mourning. Often, she’s cast out of the home, left with no property and no way to fend for herself. She no longer has any family unless she has dependent children. In order to survive, she may need to beg or turn her body over to prostitution.

There are more than 57 million widows in Asia—and it transcends ages and social statuses. A person can become a widow as young as 7 years old (depending on if they were forced into a child marriage) or can come from a wealthy, high-class family. But once a girl or a woman bears the name “widow,” who they were before no longer matters. They’re obligated to live out the rest of their lives forgotten, shamed and without any hope.

The cause of a husband’s death, no matter how arbitrary or natural, is blamed on the wife.

In an article published by National Geographic, journalist Cynthia Gorney was able to get an insider’s view on the plight of widows. In one interview, she noted the “fury” a social worker named Laxmi Gautam had when talking about the condition of widows:

“We asked whether Gautam had ever imagined what she would change if she were given the power to protect women from these kinds of indignities. As it turned out, she had. ‘I would remove the word ‘widow’ from the dictionary,’ she said. ‘As soon as a woman’s husband is gone, she gets this name. This word. And when it attaches, her life’s troubles start.’”

When Will the Violence Against Widows End?

From one stage of life to the next, it would seem the women of Asia hardly get any reprieve from abuse and discrimination. Violence against women is “from the womb to the tomb,” as the old saying goes.

But in the midst of such gloom, Gospel for Asia—and other governmental and non-governmental organizations working on behalf of women’s rights in Asia—is seeing a new dawn rising for hundreds of thousands of women.

As women experience the love of fellow human beings who are willing to serve and minister to them, their understanding of their worth and value in society is elevated. Gospel for Asia-supported workers, including men, treat each girl and woman they meet with respect. They speak words of life into the hearts of women who’ve silently suffered violence, letting them know they matter, they are important, they are valuable, they are loved—even if the rest of society doesn’t believe so.

Remember Aamaal, the woman who tied a noose and was planning on hanging herself to escape her husband’s abuse? She didn’t jump. She didn’t kill herself. Instead, a relative offered her hope in the name of Jesus and led her to a compassionate GFA-supported pastor. Because of that, her life changed—and her husband experienced renewal too! He no longer drinks. He no longer beats his wife, and Aamaal is no longer living the life of an abused woman.

When Geeta’s abusive husband left her, she went from fear to despair—not relief. She faced pressure to sell her body as a prostitute, and she eventually started working as one. But one of her friends, a believer, knew there was a better way to live. She shared loving counsel with Geeta, something she had been searching for.

The hunger and poverty Geeta and her children faced remained a problem, however, until Geeta’s children were enrolled in a Gospel for Asia-supported Bridge of Hope center. The local church has also came alongside the family, helping them find a safer place to live and provided help and encouragement.

As GFA-supported workers lead their congregations to truly value women, whole portions of society are showing women respect they’ve never experienced before. Believers can be heard thanking God for their newborn baby girls. They educate their daughters to give them a future of their own. They refuse to receive dowry as a testimony to the love of Christ. And when their sisters in Christ become widows, they embrace and support them rather than reject them.

Through various GFA-supported initiatives, girls and women have opportunities to reach heights they were once barred from reaching because of their gender.

provides adult women with the opportunity to learn how to read and write—skills they never had the chance to learn, most likely because in the minds of many parents, a girl’s education is not worth investing in.

teach women how to properly take care of their pregnancies, their babies, their homes and families, which empowers them inside the home.

is a child sponsorship program that helps keep young girls off the streets and provides them with an education—while teaching every student how boys and girls are created equal in God’s sight.

give impoverished women the ability to take care of themselves and their families if their husbands are struggling to provide, unemployed, or incapacitated due to alcohol or other addictions. Vocational training makes it possible for women to learn skills that will help them find good jobs—or even start their own business!

At the heart of many of these initiatives are GFA-supported women missionaries and Sisters of Compassion, specialized women missionaries. They stand beside and advocate for the rights of abused and neglected women. They show others how to love and care for the people around them, regardless of their gender. Through them—and the guidance and teaching of male pastors and missionaries who see each woman as precious, valuable and made in the image of Almighty God—violence against women is ending. Women are enjoying new life safe from hands that once sought to abuse them.

As for Geeta, she has a solid group of people who have stood with her through her hardships. We, too, can come alongside women like Geeta. Through our prayers and support of national workers, we take part in helping end the violence against women in Asia.

When we come alongside GFA-supported workers, we empower them to empower others. We have seen the fruit of these efforts over and over again, and by God’s grace, we will see more and more women set free—physically, emotionally and mentally—from the abuse and neglect they’ve known their entire lives.

For more on Patheos about violence against widows, their plight and need, go here.

This article originally appeared on gfa.org.

July 5, 2018
Bridge of Hope Staff: The Hands and Feet of Christ to Students and Their Families
Next Post 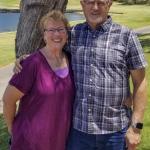 July 18, 2018 Dream Job or God's Calling?
Recent Comments
0 | Leave a Comment
Browse Our Archives
get the latest updates from
What Motivates Us.
and the Patheos
Evangelical
Channel
POPULAR AT PATHEOS Evangelical
1

Announcing...Living the King Jesus Gospel (A...
Crux Sola: Formed by Scripture to Live like Christ
Related posts from What Motivates Us.