For those who are considered “Untouchables”—that’s some 300 million Dalits who fall at the bottom of the societal ladder—discrimination typically leaves them with only menial work no one else wants to do.

The Indian government took affirmative action to enforce policies about caste discrimination “reserving a certain percentage of government jobs and admission to educational institutions, as also financial support through loans and special schemes, for these castes,” reports the CRG.

Some Dalits have managed to break out of their long-time social, religious and economic confinement. Recently launched, The Dalit Enterprise celebrates the rise of entrepreneurs from among the Dalits, among whom are around 50 billionaires.

But such successes are often the exception rather than the rule. Seven decades after the government first introduced measures to address the caste issue, CRG’s Sagar notes that “there is not a single positive indicator of social development” where lower castes feature prominently.

“Whether it is land holdings, income, literacy, nutrition or health status, it is these sections-who constitute one-third of India’s population-that are right at the bottom of the pile,” he says.

Migrant workers endure discrimination and social injustices too. In the 2018 Human Rights Watch Report on Sri Lanka, WHO reports that “The government took some steps to protect the [human rights] of more than 1 million migrant workers in the Middle East and other parts of Asia, but many continued to face long working hours with little rest, delayed or unpaid wages, confinement in the workplace, and verbal, physical, and sexual abuse.”

“There’s so much improvement and progress in this world,” she said. “But for us, nothing has changed. We’re still in the same hell.”

Cultural attitudes also often limit women’s opportunities to work; they are expected to stay home and look after their families. Female participation rates in the workforce are low in the entire region, while only one in three women in Bangladesh participates, says the World Bank.

Women working in brick kilns as part of a bonded labor family are what ASI calls “invisible”—not even formally registered on the employment roll, with wages paid only to their husbands.

Often forced to work in what are called “vulnerable” occupations, informal employment where they have no human rights, women are more susceptible to financial exploitation.

Pushed to the fringes, women may be forced to do jobs others refuse, like Suneeta. She told Germany’s Deutsche Welle how she had been a manual scavenger—cleaning latrines by hand for 20 years to feed her family.

“There’s so much improvement and progress in this world,” she said. “But for us, nothing has changed. We’re still in the same hell.”

Widows are particularly vulnerable, often shunned because they are considered cursed and left to beg or even forced into prostitution.

Frequently involved in “cultural employment”—handcrafts and similar arts-based fields—women are more likely to have to supplement their income with more than one job, says the United Nations Educational, Scientific and Cultural Organization (UNESCO) report Precarious situation for women working in the field of culture.

Females at Risk Due to Grinding Poverty, Human Rights Violated

Illiteracy is a dangerous factor. The more than 250 million women across Asia who are unable to read are vulnerable to exploitation—unable to understand an employment contract (if they are given one) or the details of a loan they may need to take out—and at risk of being cheated when they spend their money.

There are health consequences, too. In a University of California, Berkeley paper, The Rural-Urban Divide in India, Tathagato Chakraborty writes that lack of educational opportunities for girls “increases the fertility rate, maternal and infant mortality, and malnutrition in the family.” With little education, basic hygiene practices may remain unknown. Furthermore, because the human rights of women to land and property are rarely recognized, “this increases the risk of poverty to women and their families and increases poverty overall as women and children make up two-thirds of the population.”

Then there is violence and abuse, physical and sexual. Many young girls are kept away from school not only because they are required to work, but also for fear they may be attacked on the way to school or while they are there, according to the United Nations Economic and Social Commission for Asia and the Pacific (UNESCAP).

Indeed, the World Health Organization names gender-based violence as “a significant public health concern in the South-East Asia Region,” and “one of the most pervasive human rights violations.”

Girls are “particularly vulnerable to the negative impacts of child labor,” says the ILO, comprising the bulk of children in “some of the most dangerous forms of child labor, including forced and bonded labor, commercial sexual exploitation and domestic work outside of their home.”

Part of the problem is that attitudes are slow to change, as noted last year by Dr. Poonam Khetrapal Singh, WHO regional director for South-East Asia, when he introduced the International Day for the Elimination of Violence against Women.

“Gender inequality is at the root of violence against women,” he said. “Beliefs and practices that value women less than men are normalized, excused and tolerated—a substantial proportion of adolescent girls and boys believe that a husband is justified in beating his wife for at least one reason.”

Realizing that millions of women in India have become exposed to sexual assaults each year simply because of the lack of toilets, the government of India has taken up the task of building toilets and latrines in the rural parts of the nation. The construction of toilets under Prime Minister Narendra Modi’s dream project, Swachh Bharat Abhiyan (Clean India Mission), has gained momentum, with many NGO’s (like Sulabh International) joining the initiative. Gospel for Asia helped to build and install more than 10,000 toilets in 2016.

To read more on Patheos on the global problem of human rights violations, go here. 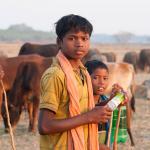 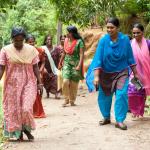 November 27, 2018 Seeking Justice & Defending Human Rights (Part 3 by Gospel for Asia)
Recent Comments
0 | Leave a Comment
Browse Our Archives
get the latest from
What Motivates Us.
Sign up for our newsletter
POPULAR AT PATHEOS Evangelical
1