WILLS POINT, TX – Gospel for Asia (GFA) – Discussing the cases of discrimination that many experience due to the difference in social standing, color or faith, and the God-inspired change through institutions like the Bridge of Hope Center, contributing a better future for many children and their families.

Through Bridge of Hope, walls of discrimination are being torn down for good, and Nihal’s future will be better than the generations before him.

It was 6 a.m. and the start of a new day for 6-year-old Nihal. He woke up knowing the first thing he had to do was feed the family pigs. It was a menial chore, and it would be his responsibility for the next six years. He headed out the door, grabbed a bucket and filled it with the thrown-away food he had collected from the nearest hostel. In about an hour, he’d walk a little over half a mile to a nearby pond with his father to let the pigs feast on roots before heading to school. Nihal enjoyed this work because he was proud to be like his father. But as he grew older, the realities of discrimination stole his joy.

He arrived at school after feeding the pigs looking disheveled and smelling a little like the animals he helped care for. When he tried to make friends with the young boys in his class, they pushed him away.

“You are a person who feeds pigs,” the kids at school mocked.

“It’s better you don’t come to us. … You are a very untouchable person and not clean people. So don’t come with us and don’t join [us in our games].”

Their words stung Nihal’s heart. He went home and lamented, “Father, why am I born into this family?”

Nihal’s father, Santavir, had inherited the trade. Santavir’s father and grandfather both reared pigs for a living. It was all they knew to do.

“I can’t say whether I like raising pigs or not,” Santavir says.

“It has been passed down the generations. Now I am doing it as part of my professions and identity. I don’t know any other work.”

But in this particular region where they lived, rearing pigs was for the lowest of the low on the social ladder.

“When people look down on me or ill-treat me,” Santavir says,

“I say to myself, ‘If only my father or grandfather had chosen a better job.’ … I am not able to do anything in changing the minds of those people … [But] I can teach my children and I can help them change their career, their future.”

Pushing Against the Norm

Nihal was 8 when Santavir enrolled him in a GFA-supported Bridge of Hope center, and the young boy carried over the wounds he had acquired from the hostility he faced at school for being “untouchable.” He found a corner to sit in and kept to himself, believing the rest of the children wanted nothing to do with him.

“I was so scared to go to the other students and sit along with them or eat with them,” Nihal says.

“I used to [think], If I go and sit along with them [during] eating time, they may say some words to me.”

“But over a period of time, we created a new thinking in the minds of the children. We even talked to their parents … and we have tried to teach them that the children, irrespective of their [social standing], color and faith, are the same in our project center.”

As Aarit and the Bridge of Hope teachers continually taught about the importance of treating people equally and with love and respect, they noticed that the children who once complained that they did not want to sit near Nihal were now developing friendships with him.

And they saw Nihal changing, too. He started coming to the center bathed and smelling clean. His fear and insecurities began to vanish, and he no longer sat alone in a corner. He came to know that at the center, he was truly accepted and loved.

No longer stunted by discrimination, Nihal also found himself able to concentrate on his studies and began excelling in his classes—especially with the help and support from his Bridge of Hope teachers.

A Future of Hope

Now 12 years old, Nihal continues to help his father feed the pigs, but he’s not fearful of what people may say or think about him. Instead, he lives in the peace of knowing he’s loved and accepted. Through Bridge of Hope, walls of discrimination are being torn down for good, and Nihal’s future will be better than the generations before him. 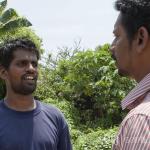 July 9, 2019
Gospel for Asia: Helping to Carry the Weight of the World
Next Post 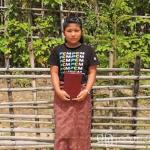