WILLS POINT, TX – Gospel for Asia (GFA) – Discussing Bindal and his family in the midst of the struggles of poverty, and their search for true blessing, forgiveness and freedom.

Bindal watched as his parents bought another animal sacrifice for an annual festival. His heart was troubled, because he knew their money was limited. Bindal knew the significance of these blessings, but he worried for his parents’ financial security. He wondered if there was a way out of this life.

A Life of No Peace

Bindal lived with his parents, who were farmers by trade. They had no savings, yet it did nothing to stop Bindal’s parents from spending on ceremonial rituals. Every year this went on, with more and more money used for sacrifices.

Bindal, being a dutiful son, participated in these ceremonies, but they only increased the concern in his heart. If his parents continued to spend money constantly, there would be none left. They would be destitute, the very thing they wanted to avoid. The young man began to think: Is there a way to somehow break this cycle? Is there someone who can bless and forgive without us having to buy a sacrifice? Bindal wracked his brain for an answer, but to no avail. It seemed he and his family would continue in this cycle.

Then something changed. Gospel for Asia-supported pastor Amshul had been ministering in Bindal’s village. One day, Amshul happened to see the miserable-looking young man and, sensing his disquiet, asked Bindal what was wrong. The youth laid out his troubles. He told Pastor Amshul of the worry he had for his parents and the seemingly hopeless cycle they were stuck in.

Bindal noticed Pastor Amshul had a book with him. Curious, he asked what it was. Pastor Amshul told him it was a New Testament and gave it to Bindal, telling him the message inside might help. Bindal took it home and began to read. Almost immediately, the Lord started to work in his heart.

Bindal was amazed at the stories contained within this New Testament. He eagerly read tales of this Man called Jesus and His love so great. Bindal, reading that Jesus died for his sins, felt peace. He knew then that Jesus was the ultimate sacrifice. No longer would Bindal have to participate in the expensive religious rituals; no longer would he worry over his future. He was free and forgiven.

Bindal began to attend the local church and drew closer and closer to the Lord. He even shared his newfound freedom with his parents and publicly testified of his faith.

Learn how the power of God’s Word changed another young man’s life. 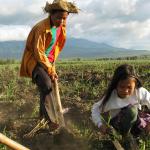 August 7, 2019
Child Labor Today: Not Gone, But Forgotten (Part 3 by Gospel for Asia)
Next Post 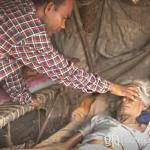