WILLS POINT, TX – Gospel for Asia (GFA) – Discussing the suffering from various illnesses in Prajval’s family, the helplessness they experienced when his grandson fell sick, and meeting the great Physician in Whom is hope and healing.

Hopeless and helpless, Prajval could only observe as his 1-year-old grandson suffered and grew weak, plagued by near-constant diarrhea and vomiting. The boy’s parents also could do nothing but stand by and watch as their son suffered. Prajval’s heart was heavy. Was there anything more they could do?

Prajval and his fathers before him prayed to their ancestors for blessings. However, there were many in Prajval’s family who had suffered from various illnesses, some ultimately perishing. When Prajval’s grandson was born, the family rejoiced, but the young boy, too, fell ill. The child’s parents took him to a doctor, but the prescribed medicine did nothing.

Physical remedies exhausted, they pursued a spiritual one. The family took the ailing boy to a nearby traditional priest, hoping he could heal him. But the child still suffered, growing weaker and weaker as time passed. Prajval and his family could only watch, helpless.

Meeting the Healer of All

Amidst this family’s struggles, they met a member of a congregation led by Gospel for Asia-supported pastor Sarish. This believer, seeing the pitiful state of the boy, offered to pray for the child, encouraging the family that God could do a miracle. The very next day, the believer brought Pastor Sarish with him to visit the family. Prajval watched as these two Christians prayed over his bedridden grandson. Was this Jesus the answer when all else had failed?

After praying for the sick boy, Pastor Sarish invited Prajval and his family to attend the church on Sunday. Curious and hopeful, they brought the boy to the church. There, Prajval saw something extraordinary: His ailing grandson was completely and totally healed! Witnessing this miraculous healing, Prajval and his entire family chose to set their hope in Christ.

“My grandchild was so sick,” Prajval said. “We took him to many hospitals and [followed many rituals], but the child did not get healed. But Pastor Sarish and his believers prayed for him. God did a miracle in his life. Today, by God’s grace, he is completely healed.”

Now, grandfather and grandson, along with their entire family, worship and praise God with fellow believers.

Read how another grandfather learned of the Great Healer. 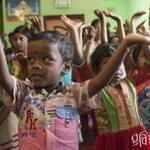 August 15, 2019
Gospel for Asia: Singing the Message of Hope in a Home of Despair
Next Post 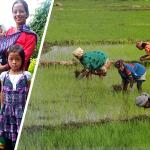 Am I A Historian? : On Presentism
This probably should have been my introductory piece, but now it has...
view all Evangelical blogs
What Are Your Thoughts?leave a comment
Copyright 2008-2021, Patheos. All rights reserved.
Close Ad