The Danger of Widowhood

WILLS POINT, TX – Gospel for Asia (GFA) – Discussing the life of Kuvira who, like many widows in asia, are exposed to the dangers of isolation, discrimination, hopelessness, and the women missionaries who take it upon themselves to bless the lives of countless women they encounter.

June 23 is an inauspicious date for many in America. But at GFA, it is much more than just another day. June 23 is International Widows’ Day and is celebrated annually to help spread awareness of the plight of widows across the world. Many widows, especially those in Asia, face abuse, neglect or poverty.

In many parts of Asia, social stigma and prejudice surrounds women bereft of their husbands. If their husband died of illness or an accident, the widow might be blamed. Any possessions they had may be taken from them—they may even be forced out of their home by their late husband’s relatives. In Kuvira’s case, it was only the love and courage of a dear friend that kept a roof over her head.

The Loss of a Loved One

Kuvira’s husband, Ratan, was at death’s door. Fearing for her wellbeing, Ratan gave Kuvira instruction on what to do after his passing.

“Go to the church,” he said, “because no one else will take care of you and our children.”

Near Ratan and Kuvira’s home a local church gathered for worship. One of the GFA-supported workers who served there was a woman named Latha, who also happened to be Ratan and Kuvira’s neighbor. During Ratan’s kidney failure, Latha ministered to him and Kuvira, offering what comfort and encouragement she could provide.

After a month of constant ministering, Ratan’s time had come. Fearing Kuvira would suffer the same struggles as millions of other widows in asia, Ratan asked that she remain close to the church.

“Apart from Sister Latha, I cannot trust other individuals,” the ailing man said.

Before he passed away, Ratan accepted God’s love into his heart. Finally, Ratan died from his kidney failure, leaving Kuvira and their two children alone.

But Kuvira was not quite alone. She began attending church services and building stronger relationships with local believers. Latha stayed close to her grieving friend, continuing to encourage Kuvira and her children through their struggles. Latha was specially equipped to provide Kuvira with much-needed counsel and guidance because she also was a widow.

Much of what Kuvira was experiencing now, Latha had gone through. The loss of a husband, the uncertainty and worry for the future—those things were very familiar to her. Her comfort and advice touched Kuvira’s heart, and the young widow came to understand the love of God.

In the Face of Adversity

Ratan’s final worries for his wife came to pass, when his relatives attempted to force Kuvira and her children out from their home. But Latha would have none of it.

“Where were you when her husband was sick?” she boldly asked. “Why didn’t you take care of him in his time of trouble?”

Now, Kuvira happily continues to attend services, rejoicing in the fellowship of the church and the love of God. She is particularly thankful for Latha and her abundant love and compassion.

“If [Sister Latha] had not come to our house, we would not have seen this day today,” Kuvira said.

Without GFA-supported workers like Sister Latha, Kuvira would have been like many other widows in Asia—suffering with no love or hope in their lives. But by the grace of God, there are thousands of workers like Latha who passionately want to help these women.

Learn more about GFA-supported women missionaries like Latha, and how they bless the lives of countless other women and widows in Asia.

Click here, to read more blogs on the plight of widows in asia on Patheos. 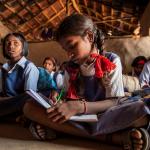 October 13, 2019
The Complexities of Gaining Literacy (Illiteracy part 3 by Gospel for Asia)
Next Post 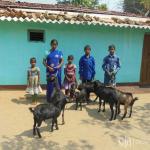 November 8, 2019 Lifting Their Burdens
Recent Comments
1 Comment | Leave a Comment
Browse Our Archives
get the latest from
What Motivates Us.
Sign up for our newsletter
POPULAR AT PATHEOS Evangelical
1

Foucault's Philosophy of Power, Sex, and...
Cranach
Related posts from What Motivates Us. 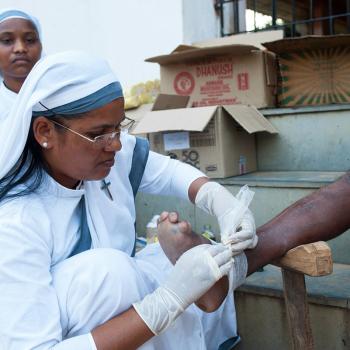