A Toilet from Gospel for Asia Brings Unexpected Blessings

WILLS POINT, TX – Gospel for Asia (GFA World) founded by Dr. K.P. Yohannan – Discussing Laal and his family, and the blessing the gift of a toilet brings, even beyond sanitation, the peace of God and His saving grace.

While some may ask for a new bicycle or the latest iPhone for Christmas, others wish simply for a toilet. For one family living in a remote village, the gift of a new sanitation facility from a Gospel for Asia (GFA)-supported worker opened the door for them to receive Jesus, the greatest gift ever given. 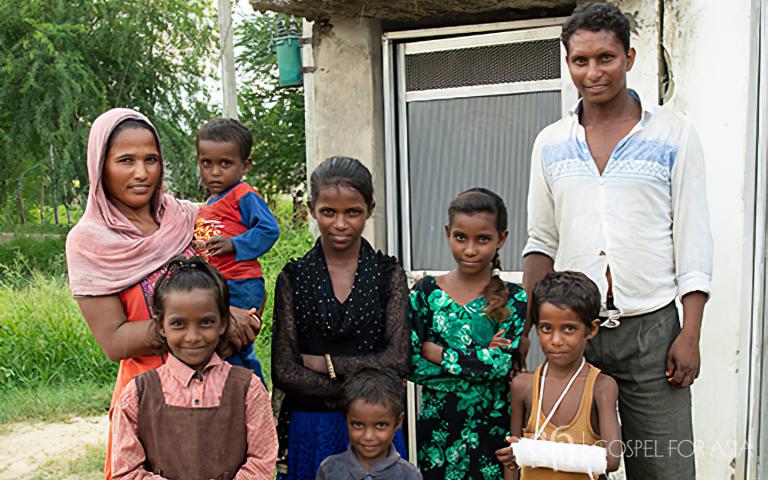 The Needs of a Family

Laal and his wife lived with four of their five children and their daughter-in-law. They were one of only three families still living in the village. Many had moved away because the community was isolated and lacked basic facilities, including a sanitary outhouse.

With the exception of his eldest daughter, Nmi, who lived in the neighboring village, Laal and his family worshiped traditional gods. Nmi, however, had married a man in a neighboring village, and they both began a relationship with Jesus. Nmi shared what she learned about Jesus with her father, but he chose not to listen.

One day, two Gospel for Asia-supported women missionaries, Gavi and Taani, proposed a plan to have a sanitation facility constructed for Laal and his family, a gift made possible through the church’s Christmas gift distribution.

By December, the new sanitation facility was constructed. Local Gospel for Asia (GFA)-supported pastors Baru and Naba, along with Gavi and Taani, hosted its inauguration. The pastors also explained why the community of believers went out of their way to provide services like a sanitation system for their neighbors. Laal’s family and community now had access to life-changing sanitation.

Surprising Benefits of a Toilet

Fifteen days after the facility opened, Laal asked Pastor Baru and the two women to visit his family at home. When they arrived, Laal greeted them with an announcement: He had made the decision to know and love Christ. Pastor Baru prayed for Laal and his family. The whole family recognized the peace of God that followed.

Now, Laal and the rest of his family join his daughter Nmi in attending the local fellowship, where they continue to learn more about Jesus.

What began as a gift of a much-needed sanitation facility soon led to the gift of friendship with the neighboring community of believers.

Click here to read of another family blessed with a toilet.

February 19, 2020
No Money for Medicine Until Gospel for Asia-supported Medical Camp Arrived
Next Post