Gospel for Asia: Prayer for Whatever it Takes – 7 Years to Build a Church

Gospel for Asia: Prayer for Whatever it Takes – 7 Years to Build a Church February 27, 2020 GFA Staff Writer

WILLS POINT, TX – Gospel for Asia (GFA, www.gfa.org) founded by Dr. K.P. Yohannan – Discussing national missionary’s labor of faith to bring villages to Jesus, the persecution believers faced, even being hindered to build a church, and the faithfulness of God through it all.

Pastor Sudhir Marak strolled into the village and immediately recognized its poverty. It was seeping from the walls of every home and was evident in the children who ran past him to go to the fields to work. The families struggled for survival with no education, medical facilities or transportation. But Sudhir had Good News to give them, and even when the villagers rejected Sudhir’s message, it just took one woman for them to listen.

Pastor Shares for More Than One Year

Pastor Sudhir began sharing Christ’s love by visiting homes and encouraging people from the Bible. He prayed for those who were sick, leaving families that witnessed a healing wondering who Jesus is.

Yet for each person Pastor Sudhir prayed with, it seemed there was someone else accusing him and telling him not to come back.

Still, this did not discourage Sudhir, and he continued to visit the families that would receive him. He prayed and saw miracles happen. But at the end of the year, those who had come to believe in Jesus feared the consequences of publicly confessing their faith. 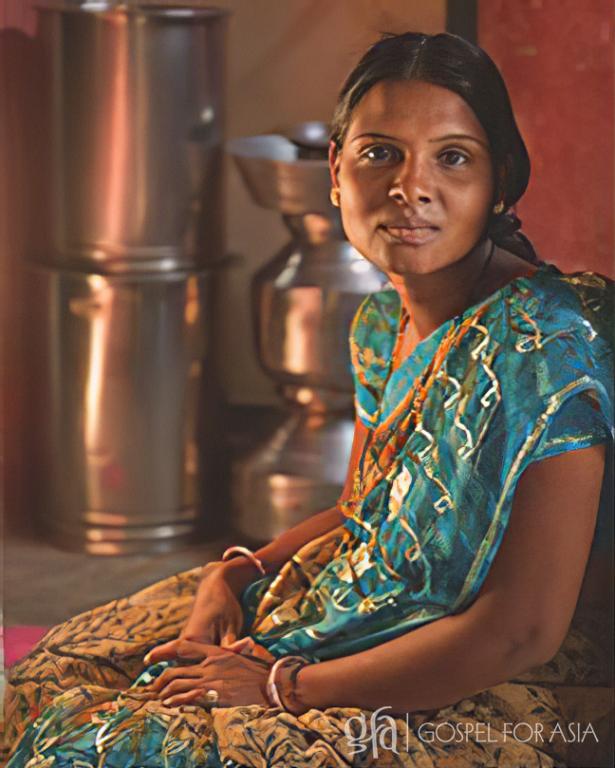 Sudhir pressed on and continued to share the love of Jesus with the villagers. He eventually met a young woman, Taseem, who suffered from a sickness that had her body itching for more than three months. Because there was no hospital nearby or money to buy medication, she stayed in bed, discouraged.

Listening to Taseem’s struggles, Pastor Sudhir kindly shared about Jesus’ love and assured her that, “If you believe in Jesus and depend on Him, Jesus can heal you.”

Confident of Pastor Sudhir’s words, Taseem responded that she would open her heart to Jesus if she were healed from this sickness. Sudhir prayed with her and gave her a New Testament.

Sudhir continued to visit Taseem and pray for her, and one day she was able to get out of bed and was completely healed from the sickness. She recognized that Jesus is the one who healed her, and instead of fearing her neighbors, she decided to embrace His love.

Within a few months, 10 other households also chose to follow Jesus.

The new believers went to Sudhir’s home each week to learn more about Jesus and worship Him, but soon there wasn’t any room for anyone else to join them. Each day that passed, the congregation prayed fervently to be able to build a church.

Before long, the congregation began construction on a church building. But as the walls went up, opposition from other villagers came.

They threatened to damage the building, harm the believers and even build a temple in the church’s place.

With the widespread attacks, the construction stopped. Yet that didn’t stop the believers from still praying for the church building.

Eventually, construction began again only to be stopped by threats. The pattern would continue for years. For seven years, Pastor Sudhir and the believers prayed for the church building’s completion.

As a result of their continuous prayers, those who opposed the construction relented from their resistance. The church building was completed on August 26, 2012, and now Taseem and her fellow believers have plenty of room to grow and worship God.

With all the joy of children, the congregation danced in the new church building, a testament that Jesus answers prayers.

Just as this congregation prayed for seven years, so are many other congregations praying to be able to build a church of their own. You can be part of giving joy to another group of believers by giving towards a church building.

Learn how to help communities seek Christ, by providing permanent church buildings for worship – an investment in the lives of many, for eternity.

February 28, 2020 Gospel for Asia Finds Torment in the Land of Kings
Recent Comments
0 | Leave a Comment
Browse Our Archives
get the latest updates from
What Motivates Us.
and the Patheos
Evangelical
Channel
POPULAR AT PATHEOS Evangelical
1