WILLS POINT, TX – Gospel for Asia (GFA World) founded by Dr. K.P. Yohannan issues an extensive Special Report on Malaria and other deadly diseases brought by the mosquito and the storied impact of faith-based organizations on world health, fighting for the Kingdom to “come on earth as it is in heaven.” 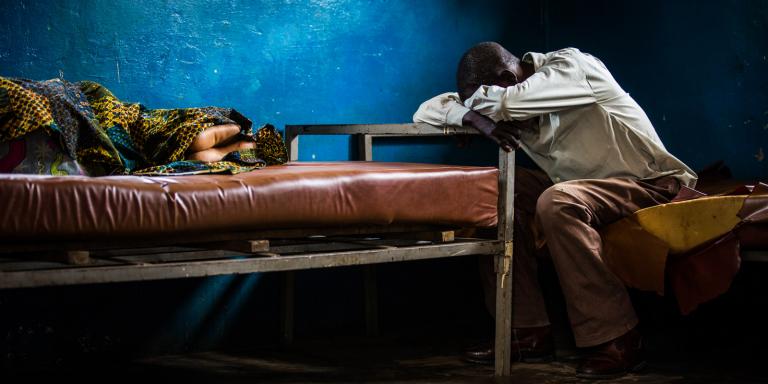 This is Part One of a Three-Part Series on FBO Initiatives to Combat Malaria and Other World Health Concerns. Coming Soon are Parts 2 and Parts 3.

It takes only one mosquito, buzzing around with ill intent, dive-bombing in the middle of the night, hovering ominously around a would-be sleeper’s ear, to cause alert wakefulness and ruin the REM-phase of deep slumber. Five or six mosquitoes, all in disharmonic buzzing in one room, demand that the sleepy occupants get up and destroy the pesky insects, no matter how many bug guts get left on the walls.

Interestingly, research about the ubiquitous presence of the mosquito led me to a startling discovery about the Gospel’s mostly unknown and stunning impact on the development of the World Health Organization’s (WHO) eight Millennium Development Goals. This is an article about that impact. Let me start at the beginning.

My son Jeremy, post-college and conveniently fluent in Spanish, was helping me with a writing project in Mexico thanks to some excess flight mileage points. Jeremy, at that time, was a counselor for World Relief, an international organization that assists churches to sponsor refugees. He had become proficient in dealing with immigration issues and consequently was open to being bribed by his mother to spend five work-and-play days on the Mexican Riviera.

One night, we returned to our room unaware the maid had neglected to close the screenless windows after cleaning. Finally resigned to the reality that hiding under the sheets was a futile deterrent against bloodthirsty pests, we turned on the lights and did battle royal, swinging towels and rolled-up manuscripts, until we were certain that not a single mosquito had survived the slaughter.

And yes, there were bug guts all over the walls.

I remember falling to sleep that night, deeply satisfied with our search-and-destroy mission, and suddenly catching myself thinking: What if this were a malaria-ridden country? It would only take one mosquito, the female anopheles, to transmit one of the parasites on the spectrum belonging to the genus Plasmodium. It only takes one mosquito bite in a person lacking immunity to bloom into rampant malaria some 10–15 days later.

It may seem strange in countries or communities that maintain sophisticated mosquito abatement programs to learn that mosquito nets across the world are one of the most important means of saving lives.

Gospel for Asia (GFA) tells the story of Pastor Ojayit walking through villages and inquiring of residents as to whether they had been afflicted by malaria and if they needed mosquito nets. (These, for those who are unaware, are hung over beds, sleeping cots or hammocks at night.) The pastor was deeply moved by the numerous folk who had suffered with the mosquito-borne illness. One man named Madin, along with his family, had been ill with malaria and brain malaria on several occasions. Extreme poverty kept the family from affording medication or prevention treatments to combat the disease or the airborne insects that carried the disease.

Pastor Ojayit added Madin’s name to the list of recipients for the next Gospel for Asia (GFA)-supported Christmas gift distribution so he could receive a mosquito net. That simple gift meant, for the first time, Madin and his family began to thrive. The children could attend school; they all could gain back health. The gift of a mosquito net also demonstrated the practical application of God’s love and concern for the people of the world.

A mosquito net can be the difference between life and death—but the fight with malaria is far from over.

The 2018 World Malaria Report indicated that in 2017, after an unprecedented period of early success stimulated by the World Health Organization’s campaign to bring malaria under global control, progress in fighting the disease has stalled. There were an estimated 219 million cases and 435,000 related deaths in 2017. This was up from 217 million cases in 2016. Evaluations as to the possible cause of this slide include a decrease of billions of donor dollars due to other disastrous disease episodes worldwide.

The report also added that 11 countries bear 70 percent of the burden of this particular global disease: Burkina Faso, Cameroon, Democratic Republic of Congo, Ghana, Mali, Mozambique, Niger, Nigeria, Uganda, Tanzania and India, most of them in tropical or subtropical areas of the world, most often where there are impoverished populations.

The WHO Declaration notes that the “MDGs are inter-dependent; all the MDGs influence health, and health influences all the MDGs. For example, better health enables children to learn and adults to learn. Gender equality is essential to the achievement of better health. Reducing poverty, hunger and environmental degradation positively influences, but also depends on, better health.”

So how is the world doing?

Despite the United Nations declaring this international effort “the most successful anti-poverty movement in history,” success is also a much more daunting task than the optimistic planners imagined. Since 2015, the MDGs morphed into the United Nations Sustainable Development Goals with 17 points and a more realistic target accomplishment date of 2030.

And why is that? Well, it’s just plain difficult to create a peaceable, equitable, egalitarian world system that dignifies the life of every human on the planet. Huge progress has been made in four out of the eight MDGs; extreme poverty levels, for instance, have been almost halved globally. Gender disparity goals in education were nearly met, new HIV infection levels were reduced by 40 percent and the world did reach the goal on access to safe drinking water. However, unprecedented weather crises, rising conflict causing unanticipated migration patterns, the lack of high-level technology in many places for data gathering and more defeated the optimistic intents of the planner.

With all this as a background, now let’s focus on Millennium Development Goal #8, “to develop a global partnership for development.”

How have faith-based organizations impacted health initiatives in the modern era? The backstory to these simple seven words in goal #8 contains an excellent, if not elegant, example of the interaction of faith-based theology and compassionate intent on the policy-making behind the World Health Organization’s vital Declaration, which many world-watchers consider a watershed in the history of international development. This is a story that needs to be told and understood because it provides a map to effectuate more positive results to a world in crisis.

It Takes Only One Mosquito — to lead to remarkable truths about faith-based organizations and world health: Part 2 | Part 3

Learn more about how Mosquito Nets offer protection for families, saving them from the sickening agony or death from malaria. 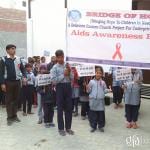 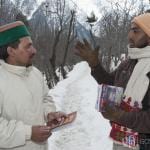 March 6, 2020 Gospel for Asia Shares a Burning Passion in a Frozen Land
Recent Comments
0 | Leave a Comment
Browse Our Archives
Related posts from What Motivates Us.